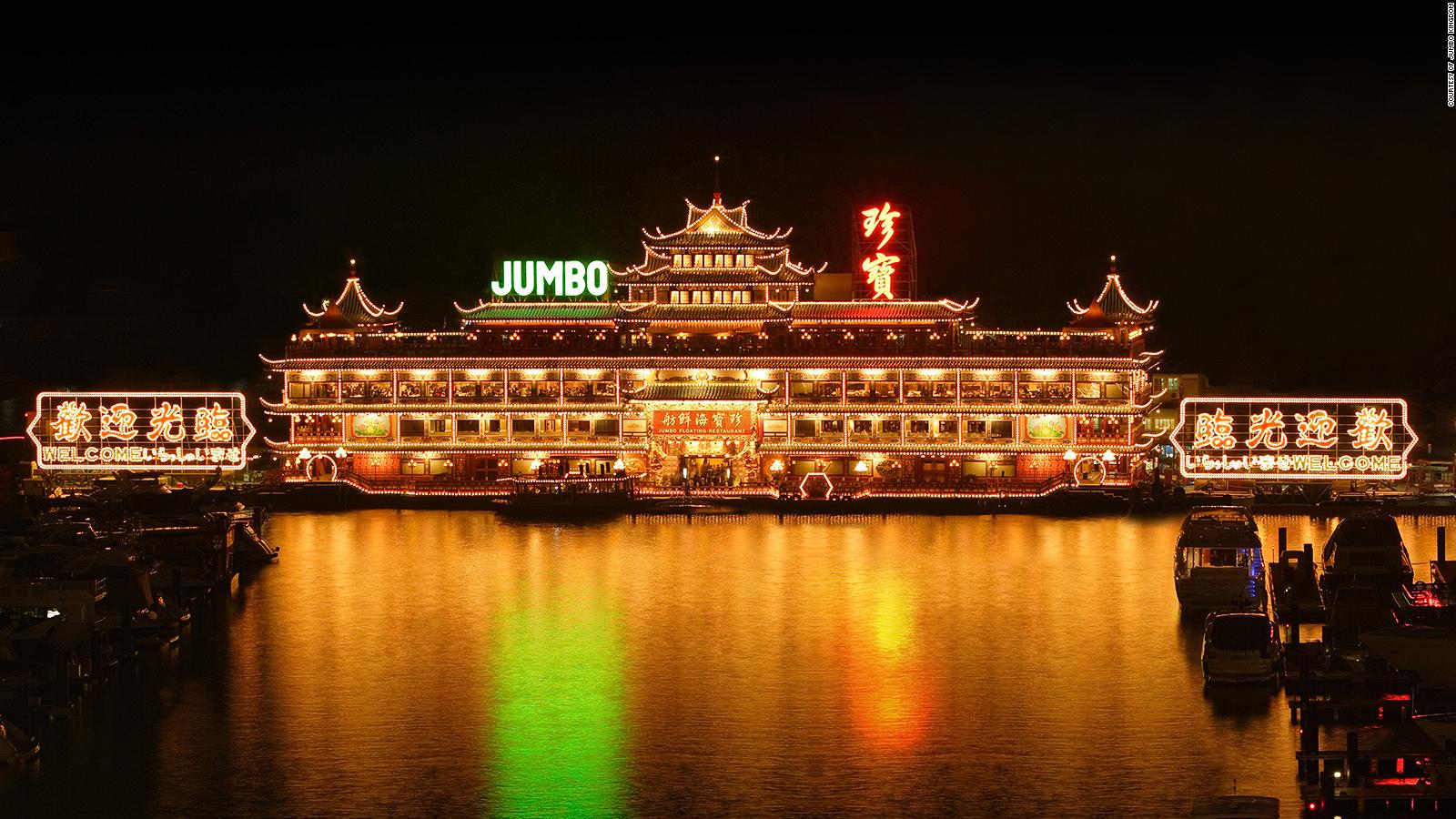 Yesterday Hong Kong’s iconic Jumbo Floating Restaurant capsized in the South China sea less than a week after it was towed away from the city. The restaurant had been a landmark in Hong Kong for nearly four decades and had served Cantonese cuisine to over 3 million guests which include Tom Cruise and the Queen of England.

The Jumbo was opened in 1976 by the late Stanley Ho Hung-sun, a casino magnate, and has become a popular tourist attraction in the former British colony. It has featured in several films - including a Bond movie, Jackie Chan’s 1985 The Protector, and the widely acclaimed Infernal Affairs II in 2003.

According to the restaurant's owner, the Jumbo encountered ‘adverse conditions’ as it was passing the Xisha Islands; water got inside through unknown means and it began to tip. Fortunately, no one was injured but efforts to save the vessel were futile.

Aberdeen Restaurant Enterprises said it was ‘very saddened’ by the incident. They also mentioned how salvage work would be very difficult as the water is more than 1,000 metres deep.

Jumbo Floating Restaurant was forced to close in 2020 due to the pandemic and laid off all its staff. The huge restaurant is almost 80m (260ft) long, which is no surprise why Aberdeen Restaurant Enterprises said the restaurant became a financial burden to its shareholders, with millions of Hong Kong dollars spent on its care in the form of inspections and maintenance.

An unnamed Operator from Melco International Development said last month the business had not been profitable since 2013 and was making large losses.

Aberdeen Restaurant Enterprises had planned to move the restaurant to a lower-cost site where maintenance could be carried out. Before departure, the vessel had been thoroughly inspected by marine engineers and all ‘relevant approvals’ were passed.

The vessel left the previous site and was due to stay at an undisclosed location while it awaited a new operator, so further checks could be done. But the vessel sank before it could get there.

An investigation into what happened is under way, as information and statements from crew members and the towing agency are yet to come out.

Another anti-democracy crackdown by the administration in Hong Kong, China