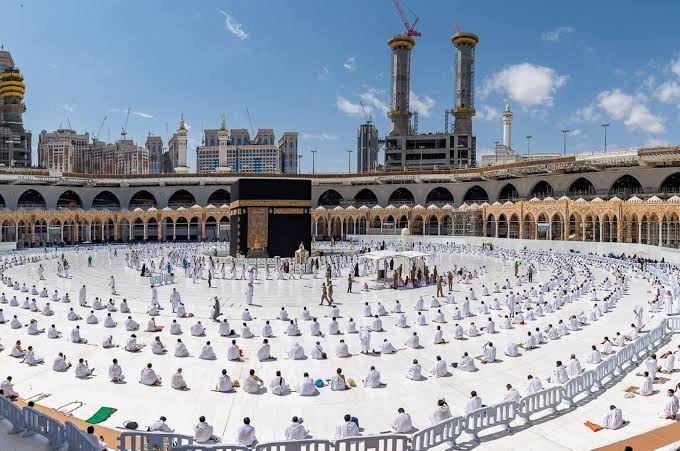 The Saudi Arabian Ministry of Haj and Umrah recently published a notification announcing a restriction on the total number of people authorized to perform Hajj for 2021, citing the alarming situations in many parts of the world caused by the coronavirus. It was issued by the Chief Executive Officer of Hajj Committee Maqsood Ahmed Khan.

Saudi Arabia has established a limit of 60,000 pilgrims inside the Kingdom this year, and foreigners are not permitted to conduct the Hajj pilgrimage. Thus, International Hajj stands canceled. To attend, the pilgrims must be vaccinated with Covid-19 vaccines from Pfizer Inc., AstraZeneca Plc., Moderna Inc., and Johnson & Johnson, according to the ministry.

This is the second year in a straight that Saudi Arabia has prohibited foreigners from performing Hajj. It had only allowed 10,000 Muslims to perform Hajj in 2020, compared to a large number of 2.5 million in 2019.

On Twitter, the ministry highlighted its concern about the coronavirus pandemic's continuous progress. Also, the new variants detected prompted the decision.

Following up with the Saudi Arabian notice, The Hajj Committee of India has also issued a circular stating that no Muslim from India will travel to Saudi Arabia to participate in the Islamic tradition of performing Hajj in light of the worldwide Coronavirus outbreak.

Last year, the Saudi Arabian officials reduced the number of pilgrims arriving for Hajj dramatically to prevent the spread of infection.

More than 463,000 coronavirus infections have been reported in Saudi Arabia, with 7,536 deaths. In a country populated with almost 34 million people, the health ministry claims to have given out more than 15 million coronavirus vaccine doses.

Hajj is one of Islam's five pillars, and it is a pilgrimage to Mecca that every Muslim should do at least once in their lifetime if they can. Mecca is where the Prophet Muhammad was born and is considered the tremendous spiritual experience a Muslim can have, with ceremonies performed in the most hallowed places in the Islamic world.

Saudi Arabia opened the Grand Mosque for prayers for the first time in seven months last October, following a relaxation of, coronavirus restrictions, and partially resumed the Umrah pilgrimage. Umrah pilgrims are limited to 20,000 per day, with a total of 60,000 worshippers permitted to attend daily prayers at the mosque.

Last year when only 10000 pilgrims, essentially the residents, were allowed to experience Hajj, pilgrims were not allowed to touch the plain stone cube edifice covered in black cloth and wrapped in Arabic lettering on golden silk, unlike in previous years when they lunged at the Kaaba.

Out of the 10000, Saudi healthcare and security professionals, who were on the front lines of the disease fight, accounted for around 30% of the total, with the rest coming from 160 different nationalities in the country.

In small groups of 50 individuals, mask-wearing pilgrims circled the Kaaba — the most crucial stone structure in Islam and the direction Muslims face praying – keeping a safe distance apart and supervised by a health professional who monitored their movements.

Workers sanitized the edifice by applying Oud perfume, a famous Arab sweet and woody aroma, on the walls and spreading incense around the Grand mosque's grounds.

Every year, around two million people perform the Hajj, which serves as a unifying factor in Islam by bringing people from all walks of life together in religious celebration.