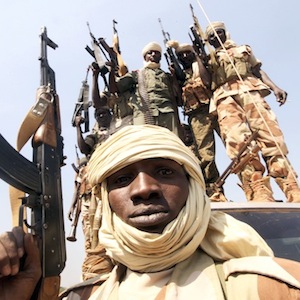 An intrastate conflict refers to a state-based row where the interesting factions are those of the government instead of non-state actors. Within this category, it is possible to distinguish whether conflicts feature external involvement or not. Non-state actors are identifiable as organized groups not affiliated with the government, such as rebel groups, militias, gangs, religious identities, NGOs, and corporations. In this typology of conflict, the development of hostilities occurs within its borders even if the risk of spreading the dispute outside of the territory is very high and coincides with intending to weaken the external allies of a specific faction.

In most intrastate conflicts, the ground conditions that finally evolve into conflict are very similar. One of the central dynamics is the structural weakness of the state. The inability to maintain the legitimate use of violence monopoly makes non-state actors and entities aware of the opportunity to impose their vision within the borders. This factor is further aggravated by regional proximity and continuity. With the role played by globalization and the post-Cold War order, the regionalization processes have become increasingly intense and competitive. Myron Weiner and Graeme Auton express two visions that perfectly summarize previously stated concepts of "bad neighborhood" and "contagiousness of regional conflict."

The regional involvement in conflicts leads to temporary and fragile alliances agreed exclusively to obtain a mutual benefit in a given temporal context. As a further destabilizing factor, it is widely recognized that some Middle East governments sign agreements, especially arms trafficking and economic support with terrorist groups operating in the region. On the other hand, in volatile regional areas, the aggressiveness and popularity of non-state actors are a source of concern for the risk of replacing the state's activities with all the anti-democratic consequences that may arise.

To sum up, when it comes to non-state actors, such as terrorist groups, drug cartels, and rebels, their main goal is to create chaos to impose their interests. In the worrying success of these purposes, external support is crucial in terms of economic and logistical efforts. As an aggravating factor, the action of these groups is favored by the citizens' silence due to constant fear of retaliation.

Consequently, intrastate conflict mainly occurs when the state cannot guarantee and carry out its primary functions.

Failure by the state leaves room for non-state actors such as terrorist organizations and drug cartels to take control of territories and people by unleashing urban guerrilla mechanisms and further worsening the precarious conditions already experienced. The reasons for the initiation of hostility often lie in government positions that some religious non-state actors do not appreciate. A good example lies with the Houthis in Yemen, opposing the collaboration of their government with the United States and Saudi Arabia. Related to this, especially when dealing with conflicts in the Arab world, the religious differences between Sunnis and Shiites play a fundamental role in identifying the factions at stake.

In intrastate conflicts, ethnic and religious rivalries are one of the main reasons for disagreement. As observed in Congo, the dispute between various ethnic groups for territorial control has risen to one of the bloodiest conflicts of the 20th century. When an ethnic group feels deprived of fundamental rights, discriminated against, or excluded from the decision-making mechanisms, the possibility of tensions turning into conflict is extreme. This is also due to the state's inability (and unwillingness) to protect certain minorities or ethnic groups. The same concept is valid for religious identities, especially in radicalized regimes. The diversity of beliefs is conceived as a motivation to limit the inclusiveness of a group or community, triggering feelings of injustice and revenge.

The same can also be observed in the unjustified appropriation of natural resources. In poor contexts, natural resources are the only forms of income and livelihood for the local population. Incorrupt and unstable regimes, where the elites control most of the activities and revenues, the insurrections are due to communities' feelings of deprivation of something that belongs to them. In such a scenario, local law and culture protect the elites' interests. Therefore, the large gap between wealthy and non-wealthy societies is a determinant factor affecting some groups' aggressive nature.

The triggering reasons stated above generate social unrest and discontent until reaching an escalation of violence that turns the protests into a bloody conflict. This feature, typical of intrastate conflict, is known as the "transformation of the conflict." To propose peacebuilding solutions, it is essential to examine how this transformation process takes place to offer timely and coherent strategies. It is equally clear that the transition from protest movements to conflict turns out to defeat the prevention mechanisms, being a constant in intrastate conflicts the perception of those who consider themselves deprived of freedom, resources, and rights.

In non-democratic regimes, reluctant to satisfy citizens' or minorities' demands, repression is used as a weapon of "containment" to unleash desires for revenge that lead to armed actions.

In the last paragraph, we should underline the connection between the economy and conflicts. For this reason, it happens that the economic power of some multinationals, lobbies, and advocacy groups affects the resolution of disputes. The transformation of the actors and the distrust in some of them has meant the rise of private companies and entities with greater bargaining power. Consequently, their interests influence the priorities when drafting a political agenda.

In corrupted regimes, the elites control or have agreements with the most prolific and essential companies operating in the country; therefore, citizens' requests are overwhelmed by the economic and financial ones of those who handle most of the resources. Oppositely, it is undeniable the great effort of some private companies to promote peace and building projects. In addition to offering logistical support, the strict cooperation with NGOs and other types of organizations allow more outstanding funds to support the local population.