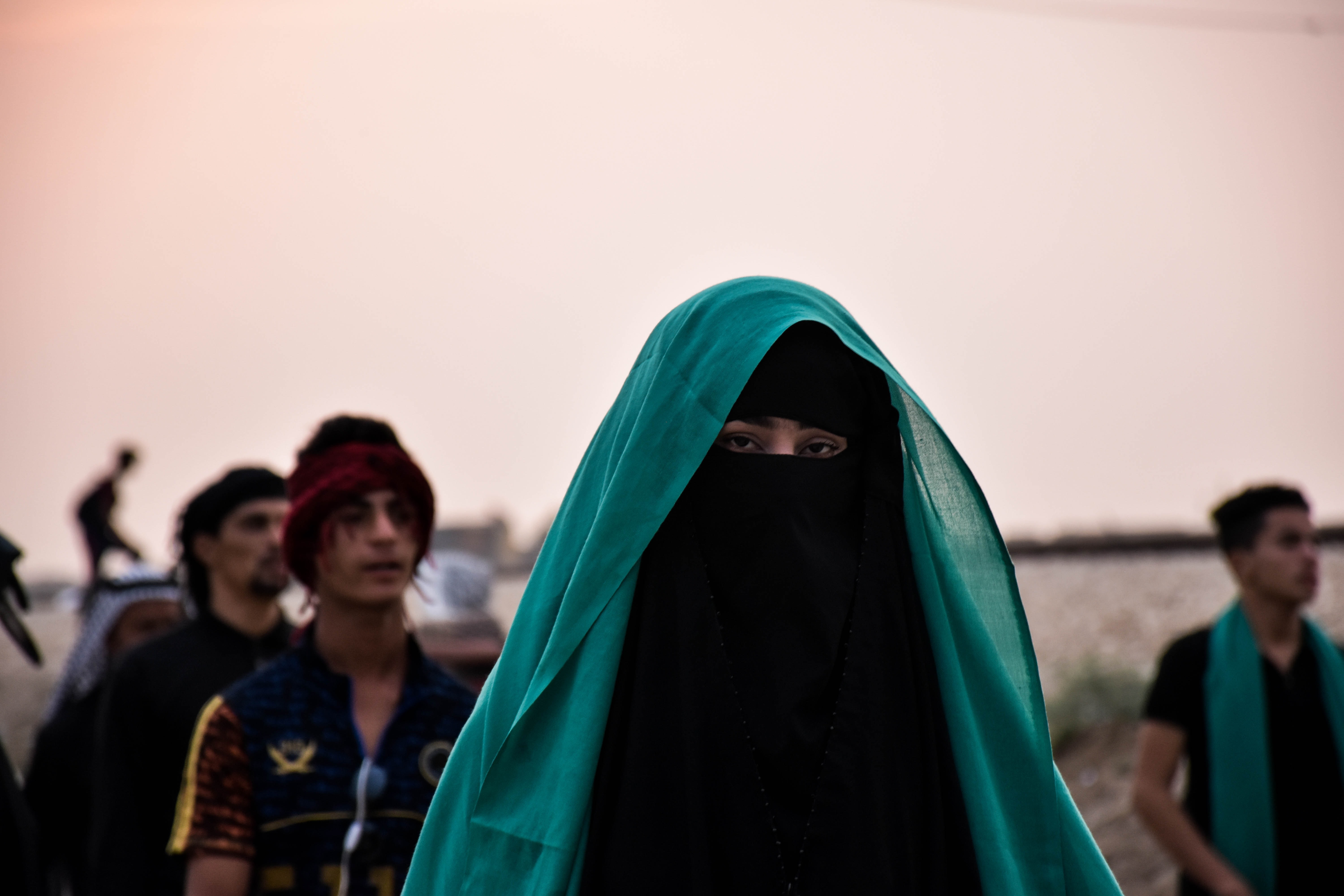 Shireen is a 19-year-old woman who lived in Iraq’s southern city of Basra before running away from her home. After seeking shelter on the streets, she was approached by a young man who spoke of promises to provide her shelter, food, and “great care.” After agreeing to his request, Shireen was taken care of for about a week before things slowly turned insidious, when the man brought two of his friends to her living space. The man who approached Shireen wasn’t her well-wisher rather, he was a “broker affiliated with prostitution networks in Baghdad,” according to the Washington Institute.

“Late at night, two 30-year-old men came with him to the apartment. He gave me a bag containing lingerie and asked me to wear it and spend the night with them. He threatened to throw me out if I refused,” Shireen testified in a report for the Washington Institute. “I begged him a lot, to the extent of kissing his feet, but he threatened to throw me out. I had no other shelter, and returning home was like suicide. So I agreed to be raped for four hours straight, losing my virginity. That was repeated for a month until he finally decided to sell me to a brothel for 10 million dinars, around $8,000. I work in it to this day, a slave for men to empty their desires.”

While human trafficking cases are at an unfortunately high number in countries across the globe, Baghdad’s police have designated a specific task force aiming to capture and criminalize the country’s women. Janat al-Ghazi, a women’s rights activist in Baghdad, describes the scene at a location quite open to the public and near a government building.

“You can see tens of girls, hundreds of girls who are young and who are being trafficked everyday,” al-Ghazi said in a report for Al Jazeera.

Societal norms in Baghdad empower a woman’s modesty and chastity whilst also imposing a ban on extramarital sex, yet women from lower socioeconomic backgrounds are unable to follow such norms as they’re sold into prostitution at a young age. As expected, powerful officials and wealthy groups routinely fund such crimes, making the investigations often tricky for activists like al-Ghazi to uncover and approach.

Prostitution did exist during the regime of Saddam Hussein; however, after the U.S. invasion in 2003, things took a ghastly turn, and prostitution/trafficking soared to dangerous levels. In 2014, a massacre was carried out in a prostitution home where 16 alleged prostitutes were fatally shot by unknown militants. When the killers broke down the door, the Washington Post reports that a single note was placed on the outside, “This is the fate of any prostitution.”

The Washington Post further states that “in 2003, the U.S. State Department reported Iraqi militants, under the auspices of fighting prostitution, “beheaded in public more than 200 women throughout the country, dumping their severed heads at the families’ doorstep. Many families have been required to display the victim’s head on their outside fences for several days.”

Within the article from the Washington Post, a report from The Organization of Women’s Freedom in Iraq quoted that, “it is not surprising that the Middle East has the fastest growing demand for sex slaves in the world. After the sale of illegal drugs and weapons, human trafficking is the most profitable criminal activity today. Sex is an especially lucrative business - although trafficked sex slaves make up only 42% of all slaves, they produce 39.1% of slaveholders’ earnings.” Further, “an estimated 4,000 Iraqi women, one-fifth of whom are under 18, have disappeared in [broad daylight] since the 2003  invasion; many are believed to be trafficked.”

Outside nightclubs, on the sides of the road, al-Ghazi points out that it’s not as difficult to spot prostitution inside Baghdad. Societal norms in Iraq stand united with the honorable and chaste, and criminalize women “who have lost their way,” according to Al Jazeera, even those who have been thrust into such environments from the start. While dismantling Iraq’s patriarchal justice system is difficult, certain task forces are working to bring justice to Baghdad’s women, one case at a time.

“The law is above everyone. We deal with it [sex trafficking] as a crime that is extraneous to Iraqi society. It was not present before. The majority of the victims of human trafficking are underage girls who are lured through promises to emigrate abroad or work opportunities through social media like [Facebook],” said Wissam al-Zubaidi, a member of Baghdad’s Ministry of Interior and leader of the Anti-Trafficking Unit in an Al Jazeera report.

Just last year, 115 sex trafficking cases were recorded within the Ministry of Interior.

“The [human trafficking] law is newly established. We definitely need staff training. Courses which are [specialized] in human trafficking laws and how to differentiate between the victim and the accused,” said al-Zubaidi.

Al Jazeera recorded the testimony of a young woman, Zahraa, who was threatened by her trafficker that she would be killed if she mentioned anything to anyone.

“He said, ‘I will kill you if you talk.’ He threatened me. He said don’t tell anybody. I told him that I will not tell anybody,” Zahraa told Al Jazeera. But the situation for Zahraa wasn’t exactly safe for her in the home either.

In the Al Jazeera report, Zahraa stated, “my father kept harassing me. He used to sleep with me, beat me and so on… I was forced to run away from them.”

Women like Zahraa have no escape in these dire circumstances; a woman experiences assault and violence in her home only to be exploited for money when she runs away from home. Dishonored for speaking up, and dishonored for saving herself. After escaping her abusive household, Zahraa sought refuge beneath the golden domes of Imam al-Kadhim’s holy shrine, the seventh successor to the Prophet Muhammad in Shiism. The shrine is a holy place, designed strictly for pilgrimage, prayer, and supplication. It was there that a man approached her with the same false realities painted for women like Shireen.

“He claimed that he loved me and told me to come with him. He said I have a house of my own,” Zahraa told Al Jazeera. “Then he gave me a drink. He drugged me and I slept. They started to sleep with me, one after another.”

The dishonorment of women like Zahraa places them in vulnerable situations where they are unable to work, attend school, or receive aid from the government. Women like Zahraa give birth in prisons, exposing their children to the same life cycle. Despite the passing of Iraq’s 2012 anti-trafficking laws, citizens would find loopholes to implement Saddam-era rulings to justify their criminal acts.

“There are very few human trafficking cases. We get maybe one or two a month, whereas we receive ten or more prostitution cases. If they were forced, they should’ve turned to the authorities and reported that there are some people who forced them to practice prostitution. But they’re accustomed to this profession. They find it easy to get material benefit out of it,” said Ahmad al Jawari, Judge of Karkh Criminal Court in Al Jazeera report.

On the other side, women who work as leaders during such operations are seldom arrested, and when they do, they’re later acquitted.

“The girls are convicted whereas the madame is briefly arrested but after a week she walks free,” said al-Ghazi. “The majority of prostitution networks are run or managed by influential people. I cannot say more than that.”

In poorer cities in Baghdad, legislations and rulings from the high courts are not enforced; rather, militias and tribal meetings determine whether or not justice is brought to a case. The tribal leaders declare that the woman is ruled by her husband and family, and that she cannot do as she wishes which contradicts their belief that women who join prostitution rings do so out of their own free will. Yet, unlike the high courts where arrests are made in certain cases, the tribal leaders have one form of punishment that they give to the women: death.

“If she leaves the family home, she will bring shame to her family and tribe, to her reputation, to her mother’s, brother’s and husband’s reputation. We will have to sentence her to death,” tribal leader Shiyaa al Bahadel told Al Jazeera. al-Ghazi points out that even such sentences given by tribal leaders are based off of little information and evidence.

“When she leaves home, the tribe cannot verify whether she had sexual relations outside of wedlock. Even if they are not sure, she will be killed,” said al-Ghazi. “So she has two options, either the street and the unknown, or go back to the family and get killed.”

Tribal leaders argue against this by saying when the man kills the woman, or when the husband kills the wife in particular, he will be cleansed from the shame and dishonor she brought onto the family.

The stories of women like Zahraa and Shireen are unfortunately a small number platformed among a pool of thousands of female victims in Baghdad who continue to be oppressed at the hands of officials in trafficking rings. And now the question is posed: when a woman’s home, her holy place of worship, and the streets are unsafe, where is she meant to go to preserve the very dignity and modesty Iraq’s government is stealing from her?