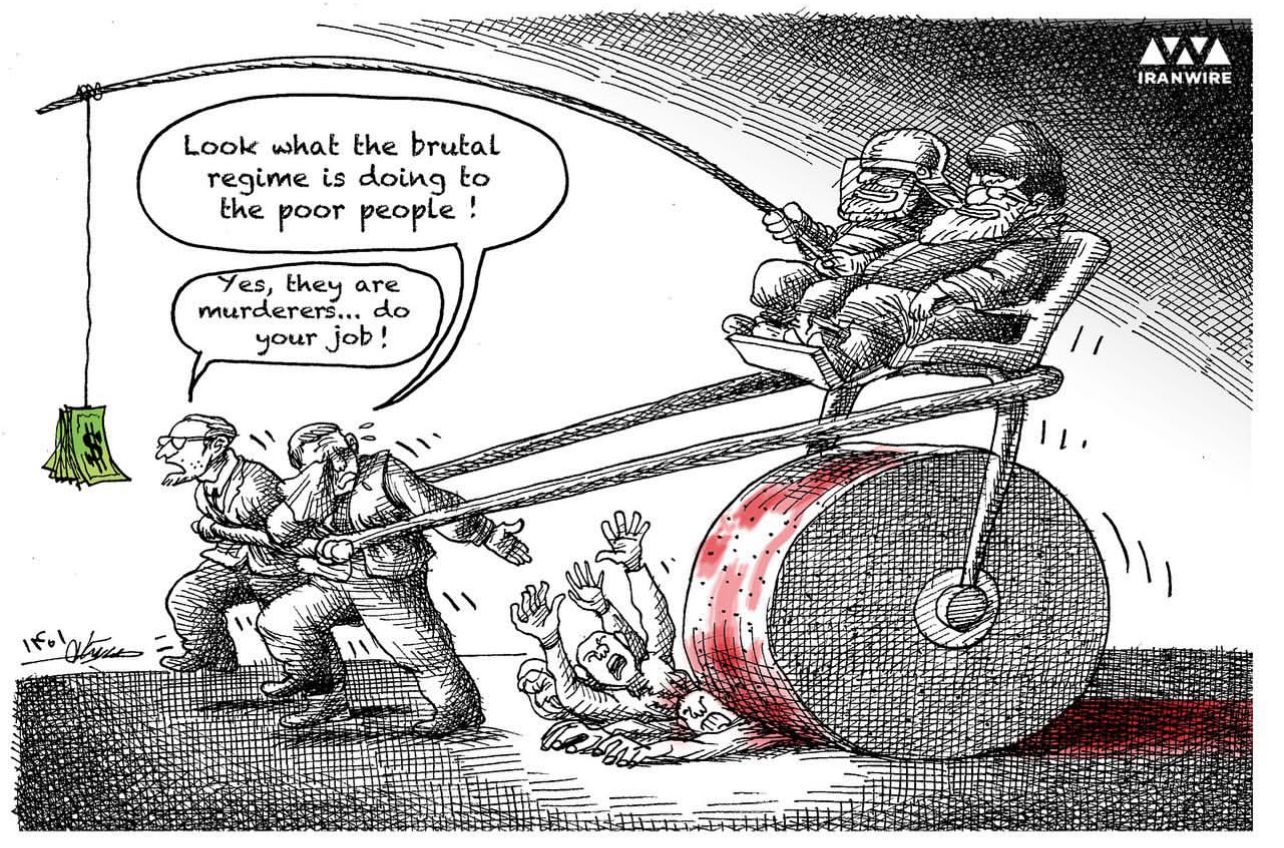 Inflation and stock market collapse have affected so many people worldwide.

• With the prediction of 60% inflation, thousands of Argentineans have taken the streets to express their discontent.

• People in Peru's Lima take to the streets over the president's curfew to curb inflation protests.

Today we want to take a closer look at Iran. Iran is in the middle east and has a population of 80 million. Since the revolution in 78, it has been governed by the Islamic Republic of Iran. Iran has been under sanctions for more than 25 years could be one of the causes of rapid and continuous inflation, to the fallout from the coronavirus pandemic adding pressure to an already unjust economy. The government’s response to backbreaking inflation is blaming the enemy (namely, Israel, Saudi Arabia, the UK, and the USA) for all the lacking. Mismanagement, illiteracy, and theft of the government are taking their toll on people's backs. Khorshid, a 58-year-old who is a retired teacher, says: "I receive 6 million rials in pension. The price of cooking oil is 270,000; that is, if you find it, you do the math."

Bread is ten times more expensive, and other products have been raised to roughly 300 % of their recent price. Adding these prices to an already poor economy, people that already had trouble feeding themselves now feel like it is impossible. A video going viral in Iran shows Routines (Islamic priests) stacking boxes of cooking oil from the back of a car and stashing them in a house.

"In #Junqan, after the murder of one of the protestors called #Jamshid_Mokhtari by government forces, clashes escalated, and there was a continuous sound of gunfire. The internet is disconnected, and the modem internet is weak." 1500 reports.

Protests are rising all over Iran, attacking the regime directly, saying they are responsible for inflation and poverty. With the help of police and Sepah, the power is standing against people which has led to killing and arresting surveillance, even children. Iranian government strategy is to cut internet in cities that started protests and arrest and kill them in silence. This is not the first time the government has cut the internet to hide its demolishment of human rights. Lately, a people's tribunal in Europe heard and documented the killings of thousands of people in the November 2019 protest, which began in objection to fuel prices, tripling overnight. Iran cut the internet for almost ten days. A France 24 report ('Iran's Hidden Slaughter') showed that the regime had used heavy machine guns to kill people in masses, even killing children passing by. The same thing is happening today; reports by the surveillance show they use arm guns, fake bullets, and water force.

Shine on Iran. No kid should live like this.

Next, we look at Sri Lanka and its protest met with brutal responses.