Is ageism identical to racism? 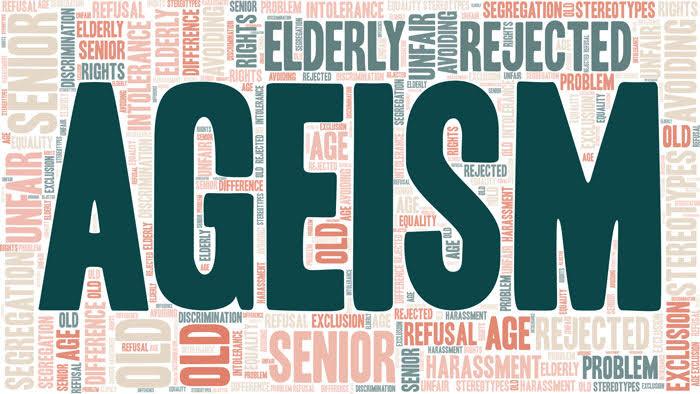 We are residing in a hackneyed society where everything is judged, based on appearance, gender, caste, and attire. Old clumsy days of the 'white only' sections have fled. At that time skin color was the core to discriminate among people.

Racism is a research-based erroneous notion that several groups of humans, possess distinct behavioral traits, corresponding to the physical appearance and can be divided based on the superiority of one race over another. Racism is a modern concept, emanating from the European age of imperialism, the subsequent growth of capitalism, and the Atlantic slave trade.

It puts up with many configurations and can transpire in many places. It constitutes intolerance, discrimination, or hatred supervised at an individual because of their complexion, ethnicity, or natural origin. Racism is often linked with acts of abuse or harassment by people. However, it doesn't require the involvement of violent or coercing behavior.

Let us assume racial name-calling and jokes or even situations when people may be forbidden from groups or activities because of the place they belong. However, now it is replaced with ageism.

Ageism is the stereotyping of a person or group of people because of their age. It is when an individual treats another individual unfairly because of age. It is chiefly identified towards older people, old age and the aging process, discriminatory practices, and policies that stereotype elderly people

Presently the question is, Do people currently discriminate based on age instead of their skin color?

Some people reckon that our society is ageist. Nowadays, people are often particular about who they talk to. Jobs on the market usually look for younger workers when the role pertains to daily interaction with clients or customers.

Human psychology asserts younger people being more appealing than those who are older. Younger ones are attributed in accomplishing tasks promptly and also, keeping up with the trends, while the older people tend to be stereotyped as "old-fashioned".

Nowadays, most jobs have taken on some elements of mechanization which requires workers to cooperate with machines and computers. It may be that older people are hired less in such jobs because their recruiters may think that they are less likely to work well with computers and adapt to the digital age. Similarly, society inclines to look down on young people in jobs.

However, some argue that ageism is not the new racism as ageism is not as deliberate as racism was. In the past racism was crucial on little to no rationale, which only mistreated people. In the past, racism mistreated, enslaved, tortured, and even killed people of dark complexion often for no reason. People were explicitly separated based on their skin color, not allowed to marry others of another race, and given fewer privileges under the law if they were of a certain descent. These days, while society does place these restrictions on us regarding others of different age groups, nobody is deliberately mistreated due to their age. Besides, youths often interact with older people daily through their educational institutions, where the elders teach the young.

In present days there may be a stigma against old people and there may be stereotypes that young people are brash and foolhardy, these are not as serious as racism used to be. In racism, people of certain races are almost always not preferred over others as people of different complexion were usually always discriminated against, while white people typically had elevated privileges.

No age group is given clear exemption over another, in ageism. Periodically, older people are preferred, while other times younger people are preferred. It is significant to interpret what draws the line between preference and prejudice. As such, some believe that ageism merely rotates around people of varied demographics relying on the situation, and so is different from racism, which almost always prefers a certain demographic and discriminates against others.

Moreover, others think that today ageism simply does not exist in our society. It is ordinary to have a subtle personal preference towards people of certain demographics, and this can be categorized simply as a majority preference rather than ageism. Firstly, it is quite logical why certain job openings pursue young people, perhaps because they are considered to be in better health and ability to keep up on a job agreement for longer, whereas those who are older may have plans to waive sooner.

Some job openings also request for young people because they can perform certain tasks better than older people. Also, they may have difficulty accomplishing the task daily. This is unlike racism, where people were discriminated against for their skin color, although this had no impact on their ability to work or live life as human beings. Besides, while each person dwells in the same race throughout their entire life, all of us will age and hence will encounter being young and old.

Racism Throughout Our Schools Requires Discipline