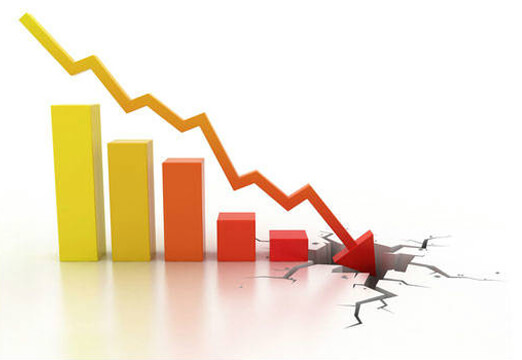 Pakistan is currently facing a similar economic deterioration that Sri Lanka met with its falling foreign reserves and high inflation, which coincide with a severe debt crisis. As of June, Pakistan’s foreign exchange reserves have fallen below $10 billion, with the funds at $9.72 billion on 27 May 2022, as said by their central bank, the State Bank of Pakistan. This situation threatens to blow up into a full-blown economic crisis for Pakistan. The Pakistani Rupee has also fallen low against the US Dollar.

In recent years, the debt of Pakistan has grown from around $65 billion to $130 billion in 2021. In the financial year 2021 alone, Pakistan had taken $15 billion of debt to “mitigate the pressure on the current account deficit, strengthen foreign exchange reserves, enhance external debt servicing capacity and provide requisite financing to water sector development.” While Pakistan’s public debt makes up 90% of its GDP, the main issue is different. The problem is Debt Servicing Capability.

Debt Servicing Capability is a ratio that measures a company’s or, in this case, a country’s capacity to make debt payments on time. It’s a measure of cash flow available to pay current debt obligations.

As Pakistan has a low economic growth rate, dismal government revenue collection, and massive borrowings from other nations and investors, Debt Servicing Capability is relatively standard. Primarily as the interest rate is based on the Debt Servicing Capability, Pakistan gets loans at a very high-interest rate compared to other developed or developing countries. This also results in the government revenue being majorly spent on repayment of loans or paying the interest of the various loan the country has taken, which also leaves little for the nation’s development. Thereby Pakistan sometimes has to borrow from one nation to pay another nation.

Pakistan is also facing a Balance of Payment crisis where forex reserves have fallen. With below $10 billion funds, only 45 days of imports could be done. And the country imports nearly all of its fuel, thus creating an energy crisis in Pakistan. Luxury items are no longer allowed to be imported, and this is to save forex reserves. While measures like reducing the government work week to four days in office only and cutting the government employee fuel quota by 40%, more steps will come as Pakistan battles its fuel crisis.

Inflation has risen to a high rate combined with low forex reserves, and this Pakistan’s situation clearly reflects the earlier Sri Lanka economic crisis. Along with the political tensions in Pakistan, the problem is hard to resolve as prices continue to rise and the reserve continues to decrease.

International Monetary Fund (IMF) and Pakistan are working towards a deal that could hopefully resolve this crisis and allow the economy to regain balance. Since 1988, Pakistan has managed to secure thirteen IMF loans where the majority had policy conditions. In actuality, the loans have not improved the economic situation of Pakistan at a deeper level as the country continues to require more and more loans. This problem lies at the base of the economy, but it is unlikely to be solved while the country is also going through political upheaval.