Is Self-replication among living Robots called ‘Xenobots’ at Hand? 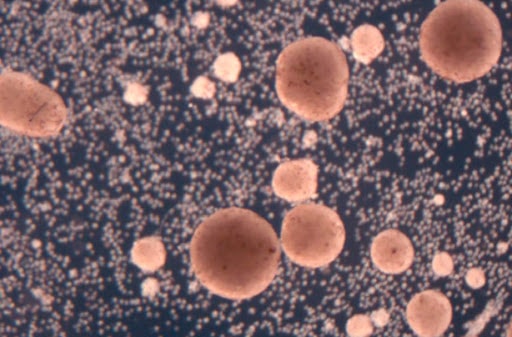 Artificial Intelligence has seemingly witnessed a rapid growth of hidden possibilities in the world of robots. New researchers that built the first living robots called ‘Xenobots’- from Frog cells in 2020, now said to have discovered the “replication process” among them  (in a way not seen before in plants and animals), giving birth to new baby robots.

After inventing the world’s first living robot, the same team of scientists at Tufts University, University of Vermont, and the Wyss Institute at Harvard University disclosed the creation of the world’s first self-replicating robot on Monday. The discovery shows the capability of these computer-designed robots to swim into tiny dishes, assemble new single cells around them, resulting in a replication process over generations of Xenobots.

Xenobots, synthetic lifeforms, built less than 1 millimetre (0.039 inches) wide are named after African clawed Frog- Xenopus laevis, specially designed to function some eminent tasks. They neither fall in a traditional category of robot nor classified in any species of animals. Instead, popularly explained as a new class of artefacts that are built by combining different biological tissues, thus producing a living, programmable organism.

For forever, Robots have been understood as made of metals and ceramics, but the focus has shifted now. Their function has become an issue of prominence. It is now more significant to understand what a robot does than what it is made from, as explained by Josh Bongard, lead author from the University of Vermont.

Bongard stated that these sphere-shaped Xonobots could replicate. A rare circumstance, Xenobots are found to undergo a “Kinetic replication process”- known to occur at a molecular level rather than at the scale of whole cells or organisms. This form of reproduction, for the first time in the history of AI, has left researchers astonished.

So what is behind the headline?

Self-replication is a complex process of information. In this, an organism must completely copy the information required for function. Although it seems enough but undermines a lot of difficulties. The issue of self-reference is extremely difficult. However, the simplest solution to it so far is computer code, but that is not the case with Xenobots.

Unlike traditional mechanical entities, Xenobots are made up of Frog stem cells. These stem cells pertain to self-reproducing behaviour in their nature. Biologists contributed to finding the right computer cranked among many configurations that are comparatively better at self-reproduction. Therefore, calling these cells “self-reproducing robots” must be questioned thoroughly.

Extravagantly, researchers also claimed to use an “evolutionary algorithm” for cranking, but the algorithm certainly cannot be called evolution.  The algorithm is a set of instructions that itself picks the most suited members from random configurations and further varies each member.

Thus, the evolutionary algorithm is presumed to pre-exist without any biological crossover. Evolution can only take place with a random variation and selection-for which there should exist a selection of predefined goals. It does not arise organically from the algorithm itself.

The biggest assumption in the algorithm is that the machinery, which is the stem cell, already bear a simulation within the algorithm to evaluate the appropriate configuration. Therefore even if the glitz of paper makes the headline “evolution of self-reproducing cells”, the work of researchers do not categorically fall under the biological conventional process of evolution.

On the whole, although the work of researchers is very much appraisable, there is no path for self-reproduction evolution. Nor do these synthetic lifeforms display self-replication. Nonetheless, the discovery has opened the doors for new possibilities in the world of AI, which will be examined in time.