Is South Africa Dealing with the Russian Government in Selling Arms? 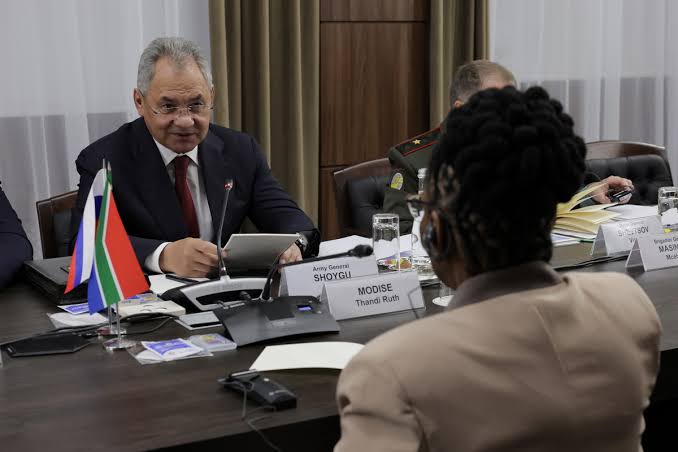 If indeed South Africa is selling armaments to the Russian military, they would be complicit in supporting Russia’s invasion of Ukraine. This would make them liable to secondary sanctions from Western nations. Were South Africa to be sanctioned, it would have a disastrous effect on an already struggling economy, as many of South Africa’s principal trading partners are Western countries.

It is currently unclear if South Africa is selling arms to Russia, as the government refuses to give an outright answer denying or confirming this question. The opposition leader, John Steenhuis of the Democratic Alliance (DA) to get a clearer understanding of South Africa’s position in the matter, sent a written inquiry posed to Defence minister Modise asking, “Whether the Armaments Corporation of South Africa sells arms and ammunition, propellant powder and/or explosives to the Russian Federation? (1) If not, what is the position in this regard? (2) If so, what are the relevant details?” In her response Modise, did not give a finite answer, instead outlined Armscor’s mandate, and stated that the arms company is allowed to execute any commercial opportunities that are beneficial to the corporation. However, she did reiterate that any dealings and business engagements had to conform tothe National Conventional Arms Control Act and the Regulation of Foreign Military Assistance Act.

These acts were put in place to safeguard Armscorfrom engaging in immoral as well as illegal agreements. Thus, it is these acts which prohibit Armscor from selling or manufacturing armament to be distributed to countries involved in human rights violations, and implemented to avoid trading with countries engaged in armed conflict.

The months to come may provide further insight as to South Africa’s dealings with Russia, and if they are indeed aiding the Russian military in any way. However, until that becomes clear people will continue to speculate and scrutinize the relationship shared between the two countries.