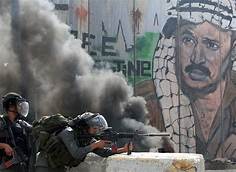 The conflict is, at its core, a fight for rights, pitting the authority of the Israeli state against the human rights of the Palestinian population. Although, the most significant problem has been the ripple effects arising out of the unacceptance on both sides. The results are suppressing the right to self-determination, legal protection, civil liberties, and the need to establish a majoritarian sovereign state. And such needs develop into an increasingly chauvinistic and xenophobic nationalism as has been seen in the case of colonialization which considered the ‘white race as civilized’.

Challenging human rights is similar to questioning the existence of human identity. However, the right to self-determination shall not arise as a need to establish a majoritarian rule. Also, the will to create a sovereign state as a supreme embodiment of national spirit should not swallow up the creator.

It is very important to examine the causes of old conflicts when new ones arise, which are especially of the same nature. One such new conflict is between Russia and Ukraine. The root cause of the conflict between Russia and Ukraine is due to the fact that the former considers the latter to be in her jurisdiction. Examining the Israel-Palestine conflict will be a learning from history task as ‘history repeats itself.’ Although, the conflict is not history but has been continuing for a very long time.

Birth of the conflict:

One can trace the emergence of conflict to over a century ago when Great Britain colonized the area of Palestine after defeating the Ottoman Empire in World War I. The colonization was a result of betrayal from the side of Britain as they promised both Arabs and Jews the land of Palestine if they helped England defeat the Ottoman Empire. Thus, literally making Palestine what it has always been “The Promised Land”.

For Jews, Palestine was the home where they belonged, and for Arabs, too, Palestine was a holy place. The significance of Jerusalem cannot be ignored while discussing the issue. One of the oldest cities in the world Jerusalem is considered holy by three major religions, i.e., Judaism, Christianity, and Islam, thus making it a center of interest for both Israelis and Palestinians.

In the 1947 UN Partition plan (Resolution 181), the UN voted for two separated states of Jews and Arabs with 55% and 45% of the land, respectively, and Jerusalem would go under international control. This plan gained acceptance from the Jews but was rejected by the Arabs and, thus, never implemented.

Why can’t you be mine?

Ever since the formation of The State of Israel in 1948, Israelis have begun occupying Palestinian territory and expanding their settlement beyond the walls leading to a mass genocide of the Palestinian people. After a civil war of 2007, even Palestine was divided into two parts, leading to the creation of HAMAS, a so-called “militant organization” recognized as a terrorist group by the USA, Israel, European Union, and Japan.

Therefore. For a long time, Palestinians have fought for their right to self-determination and to form an independent state. The world has seen attempts by Israel to instigate protests unacceptably. When innocents are dying, a mechanism must be put in place to establish the facts and find ways to avoid the violation of human rights in the future. The policy of annexation of territories that do not consent to submission must stop. The unnecessary whining over the fact that “Why can’t Palestine be Israel” is ridiculous, especially when civilians become a part of the unnecessary violence.

Camouflaging civil casualties as collateral damage for the greater good of the nation is vain and conceited. Using non-lethal force for the security of the state and protecting its citizens always proves to be a better solution than collective punishment and oppression. The same has already been established after the destructive results of the two World Wars. These toxic battles destroy millions of lives and livelihoods and at the same time cause enough mental trauma to last decades.

The Ripple Effects of a war between two groups:

The conflict between Arab and Israelis was also a result of the support of the former towards Palestinians. In fact, the birth of the Arab-Israeli conflict was because of the Arab invasion of Israel as soon as the latter declared Independence in 1948, leading to the first Arab-Israeli war. These wars led to ceasefire agreements and ultimately Israel’s withdrawal of the military governance systems from the West Bank and the Gaza strips in 1979.

The nature of the Arab-Israeli conflict has been shifted largely over the years ultimately leading to the 2020 agreement between the countries, mediated by the U.S. Under the agreement, UAE and Israel agreed to establish full diplomatic relations. After this agreement, there are 3 Arab states which recognize Israel as an independent nation, namely Egypt, Jordan, and UAE. As part of the agreement, Israel agreed to suspend annexation plans of the Jordan Valley. This agreement was widely criticized by Palestinians and was seen as an encouragement for Israelis to continue their ‘illegal occupation.’

Though Israel's right to defend itself must remain a priority but this protection and security in no way justify compromising the life and liberty of people under its occupation and destroying their medium to live a dignified life.

Israel must stop expansion beyond the walls and ease the restrictions on movement and access of the Palestinian people. The Gaza border needs to be demilitarized so as to make way for humanitarian aid to reach its people. Israel must at once release the Palestinian prisoners and uphold everyone’s right to life and dignity. Both the States should not demonize the people of the region; instead, should emphasize their common humanity.

Honestly stated, the situation will not sort out soon as it requires both the parties to agree to resolve complex issues. Retrospection on the Palestinian side leads to the idea of a Palestinian sovereign state which is a complex goal, but it may resolve the conflict. Whenever there has been a conflict in any part of the world, the solution has been mutual acceptance and identification as either single a unit or two or more separate ones.

“The greatest tragedy of the Israeli-Palestinian conflict is that everyone knows how it will end. We will divide up the region.” - Yair Lapid (Israeli Foreign Affairs Minister)