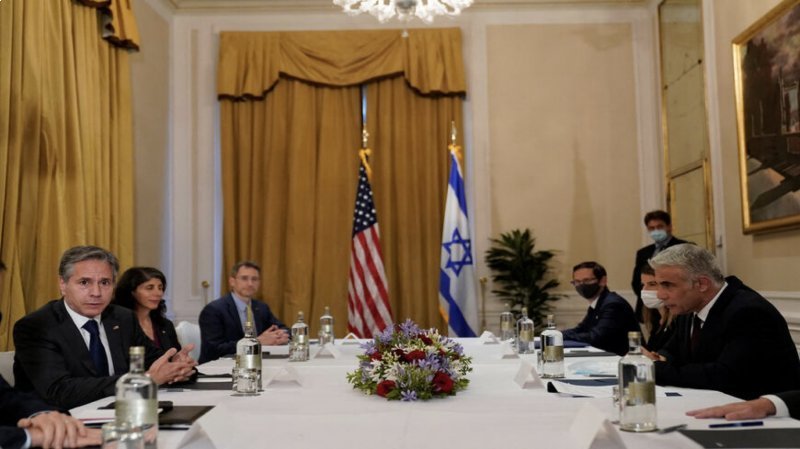 The State of Israel has had a difficult press run in the past few weeks. After the polemics that surrounded its prime intelligence export, Pegasus, which affected customer governments, the Israeli police itself and prime-ministerial legal scrutiny, (see this article recently published by The Social Talks) the State seems to be in excellent form in its diplomatic relations.

On 31 May 2022, the US and Israel convened in a recurrent meeting known as the US-Israel Strategic Consultative Group, as published by the Whitehouse. The purpose of this meeting was to put forward the security concerns that affect the interests of either party. In this case the main topic of discussion was Iran.

No ill words, nor statements of condemnation came from the speeches of the day. But the meetings, although not public at the moment, seem to have revolved around the common goal of preventing Iran from acquiring nuclear weapons, and consequently, threaten regional stability. Another highlight of the encounter was the mutual commitment to continue joint military exercises in an ever-evolving security allegiance.

The Israeli military also reinforced its ties with the British Armed Forces. An annual sports event for the wounded military of the IDF is held in Tel Aviv at the Beit Halochem center wherein they engage in competitions like swimming, marksmanship and others. This year, the wounded forces of the British Army joined the friendly exercises. It is a symbolic endeavor that aims to reinforce the morale and quality of life of wounded veterans, most of them with some degree of disability.

Many of this day’s testimonials can be read at The Times of Israel. Considered a great success by the participants and the organizers, the games were enjoyed by the families of the competitors and by the officials of both sides. More remarkably, the UK’s parliamentary representative, Leo Docherty, commented on the collaboration, avoiding committing the reciprocal treatment.

The Invictus Games were founded in the UK by Prince Harry in 2014 for injured war veterans. In previous years, the participation of Israel had been excluded due to anti-Israel protests, the British MP could not reassure the media of Israel’s future involvement.

The visitors were taken in tours of Israel in an attempt to cast a more positive light on British conception of Israel. Some other details can be read in the above source. Mr. Docherty, although not being specific on anything relating to the games, put the experience under very positive expectations for future cooperation.

Jerusalem: At least 7 people killed and 3 injured in an attack near a synagogue