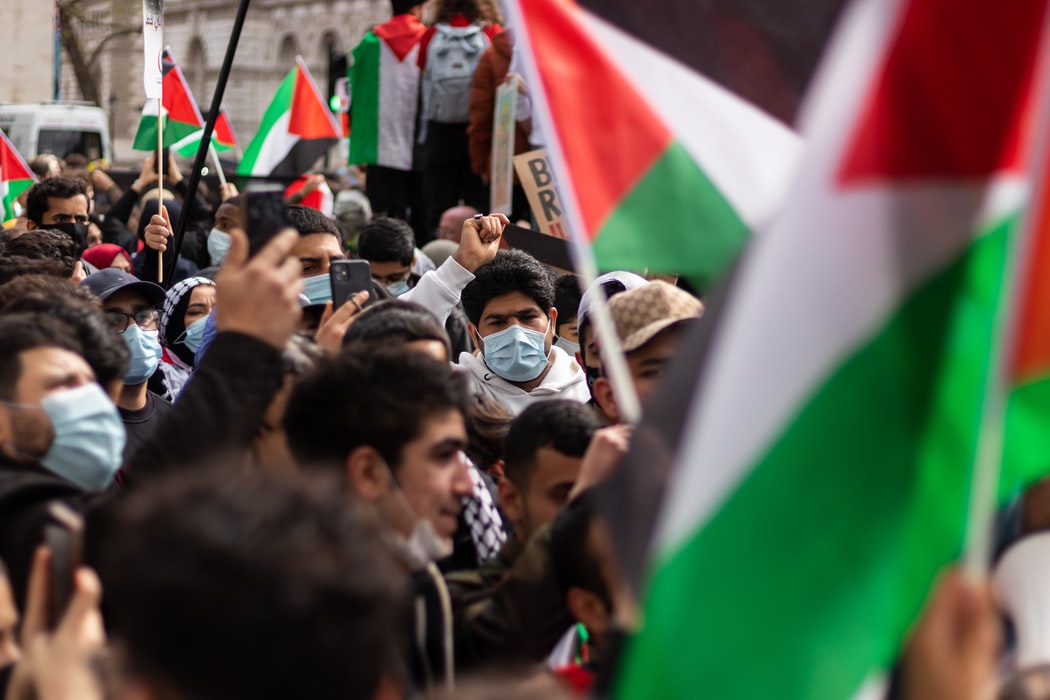 Palestine is fighting against the illegal and forced removal from their homes inhumanly by Israeli forces while we Indians are locked up in our homes to protect ourselves from deadly CORONAVIRUS and its new allies. The situation in Palestine and Israel is now a matter of toxic separatism, ethnic cleansing, violence and oppression towards the Palestinians Muslims, Christians or any other group reflecting aggressive Zionist national remarks in Palestine, creating a huge humanitarian crisis. Moreover, the media makes this issue tangled and twisted more than ever.

Jerusalem is the sacred place for Christians, Muslims and Jewish people as it holds historic importance consisting of historic architectures which makes the three-religion hustling to claim over it and solving this tussle has become next to impossible. This is the main cause for the conflict between Israel and Palestine which dates back to the establishment of Israel state in 1948.

It’s been weeks now; Palestinian protestors and the Israeli police have clashed around old cities of Jerusalem beginning a month ago with an Israeli blocking Palestinian gathering at starting of Ramadan period sparking religious sensitivity. Later restrictions were eased but the tensions over a plan to evict Palestinians from their homes in Sheikh Jarrah continued.

On 22nd April, a right-winged Israeli group marched to the Old City chanting “Death to Arabs” and “May your village burn”. There are many videos available on the internet which shows how Israeli mobs are threatening Palestinian families and Israeli people and throwing rocks at buses and homes of Palestinians. It’s not a matter of religious hatred now rather it’s a matter of ethnic cleansing which is happening there.

Recently rockets, bombings, building destruction, and territorial airstrikes are happening in Gaza and Israel which brings dozens of perspectives and reactions to it, revolving around two terms -“defender” and “attackers” with media and audience tagging Israel and Palestine under either of the categories.

Western countries like the US, UK and France have been supporting Israel and PM Netanyahu in a Friday afternoon video message said that “I would like to say a word of appreciation to our friend President Biden and to other friends,” continuing with “the president of France, the British prime minister, the chancellor of Austria, the chancellor of Germany,” and others. On the other side, Biden backed up saying “I don’t believe Israel has significantly overreacted to Gaza rocket fire” in the interview regarding the recent Gaza bombing.”

Meanwhile, Egypt is taking an indirect contact between Israel and Hamas playing an active role under the blankets. Khalifa bin Zayed Al Nahyan, the leader of the United Arab Emirates had made no public comment on this issue until Israeli forces attacked Al-Aqsa mosque in which UAE foreign ministry asked Israel to "prevent practices that violate the sanctity" of the mosque with an “early call for Israel to end clashes in Jerusalem”.

Benjamin Netanyahu has a major role in this conflict as the ball is in his court since timings of recent events asCOVID-19 inflicted lockdown have perfectly favoured along with the first phases of Jerusalem escalation with his active encouragement role. He says that Israel had no plans to defend in Hamas attacks in Gaza, but they had to because of the terrorists in the Palestine enclave and rockets raining down on Israeli cities. He further said, “Hamas leaders think they can escape from our grasp. They cannot escape. We can reach them everywhere – all of [Hama’s] people and we will continue to do so”.

Since the90s, he has been encouraging Zionist mindsets and feeding their national interest to get votes and secure his position. Benjamin has a lot of corruption and violation cases against him which makes it hard for him to stand in parliament and please his audience so he gaslights and encourages aggressive Jewish orthodox and allows them to illegally settle in Israel along with being in favour of them always.

Also, major news channels like BBC, CNN and Fox News are playing in favour of Israel and they have labelled criticisms of Israel as anti-Jewish when that’s not the case to ignore as the US and UK are playing active role in funding Israeli forces operations through AIPAC and many other Pro-Israel organizations. Many of the Israeli force attacks were termed as “clashes” instead of attacks which clearly showed the bias media. On the other hand, Al-Jazeera, Haaertz, Jerusalem Post and Palestine News Network is in support of Palestine and trying to maintain the equilibrium of both sides.

Israel is controlling the media aggressively there and people who report stories, interview and articles anything against their favor and belong to Palestine are brutally treated by Israeli forces threatening those people and their families living there. One such incident happened with a Palestinian writer and activist, Mohammed El-Kurd who spoke out against Israel’s forced evictions. He was forcibly removed from Sheikh Jarrah neighborhood by Israeli forces few days after he appeared in CNN and MSNBC interview in which he accused Israel of “ethnically cleansing” Palestinians in East Jerusalem. Now he is in dire need to protect his family.

In other interview with Ayman Mohelydin, MSNBC anchor, after explaining the private land dispute between both countries, he said “Today the difference we have is that they no longer use their artillery to steal our homes except they do come and steal their homes”. Further adding “Now they use a supremacist, colonial judicial system that colludes with organizations to take our homes. Just because its illegal doesn’t mean its moral or correct or historically just. What’s happening to us is ethnic cleansing”.