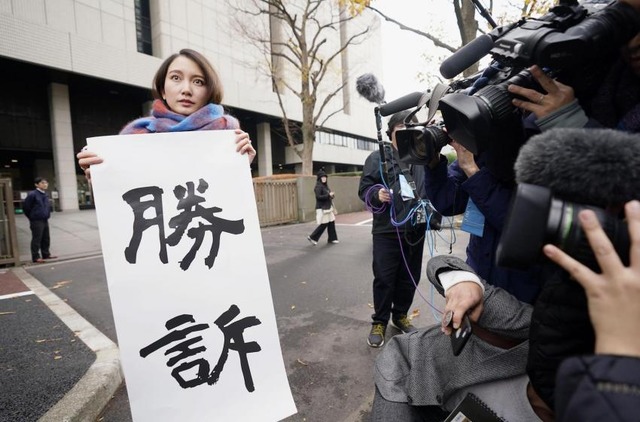 According to the Japanese media on July 8, regarding the civil lawsuit of female journalist Shiori Ito (Japanese: 伊藤 詩織／いとう しおり) against former TBS reporter Keizuki Yamaguchi for sexual assault, the Japanese Supreme Court rejected the appeals of both sides and determined the second trial verdict, finding that Shiori Ito had suffered sexual assault and requiring Keizuki Yamaguchi to pay approximately 3.32 million yen.

In 2019, the Tokyo District Court of first instance acknowledged that there had been sexual acts without informed consent and ordered Keizuki Yamaguchi to pay 3.3 million yen in damages to Shiori Ito.

Yamaguchi filed a counterclaim for damages against Ito, claiming that her press release and book defamed him. The court of first instance dismissed Yamaguchi's counterclaim, stating that the information published was accurate and did not constitute defamation.

On 25 January 2022, the results of the second trial in the case of Shiori Ito against Keizuki Yamaguchi for sexual assault were announced. The Tokyo High Court (with Judge Takao Nakayama presiding) upheld the first instance verdict and ordered Yamaguchi to pay approximately 3.32 million yen (20,000 more than in the first instance) in damages.

On the other hand, however, Judge Nakayama ruled that Ito's public statement that Yamaguchi had made Ito take date rape drugs was not true.

As a result, the judge ordered Ito to pay 550,000 yen in damages to Yamaguchi for damaging his reputation and credibility. The reasoning was that the allegation of "use of date rape drugs" would make the incident appear to be a premeditated act of sexual assault.

In this case, Shiori Ito fought not only against an ordinary man but also against a man with a powerful position and strong backing, and during the four-year-long lawsuit, she faced not only the painful experiences that were eating away at her but also the stubborn disparity between men and women in Japanese society.

Shiori Ito said in an interview after the conclusion of the case: "The issue that was not resolved in the criminal proceedings was resolved in the civil proceedings. To be honest, I can't quite explain how I feel right now. ...... When I came out of the courtroom, the people who had been supporting me gave me a hug and the case was finally closed. But just because I won the case doesn't mean it didn't happen and I will try to heal the damage it has caused. I'm happy if it can be an opportunity for more people who have been hurt to face up to their problems."

She says, "I've had a lot of support to get to where I am today. And even with so many people behind me I still feel uneasy and alone, there must be many others who are also facing lawsuits like this alone, and I hope that I can ease their burden by thinking about their situation and that support can be given and the system can be improved."