Ius Scholae: The Hail Mary of the New Generation of Italians 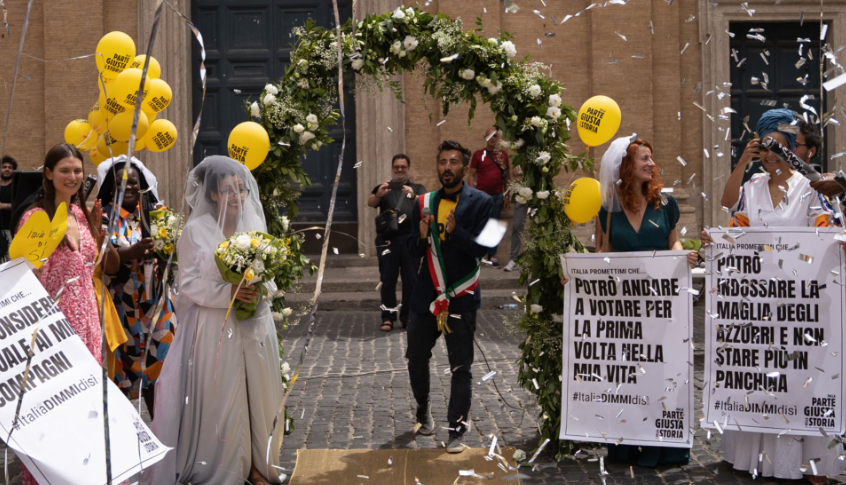 Humans have for long attached their identity to a need for belonging. An essential piece of who we are is to be part of a community. The concept of citizenship was first put forward in ancient Greece when the city-states used it as a means to grant rights such as voting. Over time, it evolved to accommodate the needs of modern society. Citizenship and nationality as they are known today are much more fluid and are reflective of the current broader trend toward a globalized world.

In the past, you could be born, grow up and pass away in the same village, but today it is not necessarily so. The increasing flow of migration redefined borders and citizenship to account for the more mobile lifestyle of modern humans, whether they decide to migrate voluntarily or are displaced by calamities and wars. According to international law, there are two main ways to acquire citizenship: the ius sanguinis (right by blood), which means that the citizenship of the child comes from that of the parents, and the ius soli (right by soil), that instead grants the right to all those born in the soil of the country.

Most modern countries adopt one of the two forms to maintain their population count, depending on the tradition of the nation itself. For instance, most American countries adopt the ius soli to account for the flows of migration that defined the states early on. Some European countries instead still rely on the ius sanguinis. Among the latter category, Italy has recently been debating the introduction of a new right to citizenship, the so-called ius scholae.

It is well known that, since the early 2010s, Italy has been one of the primary destinations for migration via the Mediterranean route. This led to significant polarization of the political debate, in light of the rising wave of populism that has characterized the country in recent years. Right-wing parties such as the League and Brothers of Italy insist on a stricter path of non-acceptance, while left-wing and central parties generally advocate for integration and trust in the European redistribution mechanism.

While some proposed the introduction of the ius soli, it never became concrete, leaving millions of families stripped of their right to citizenship in the country they call home. According to the data gathered by the Italian Institute for Statistics (ISTAT), more than a million children under eighteen that were born in Italy, grew up there, and have never known another home are without citizenship today.

In the past few days, a draft bill has been put forward in the Italian Parliament to grant the ius scholae, the right by the school. If passed, the law would grant Italian citizenship to children who entered the country before turning twelve and attended Italian school for at least five years. Awarding citizenship to this new generation of Italians would not only contribute to them leading a dignified life but benefit the southern European country for it is well known that it has been struggling with an aging population and low natality rate.

However, the fragile Italian government currently rests on a parliamentary majority that is quickly crumbling under this proposition, for the center-right and center-left cannot agree in this respect. A final decision on the ius scholae could easily disrupt the majority and cause yet another Italian government to fall, a terrifying possibility for a country struggling to rebuild in the face of the COVID-19 crisis. The fate of the document remains uncertain for now, as is one of the millions of young Italians waiting to be recognized as such.