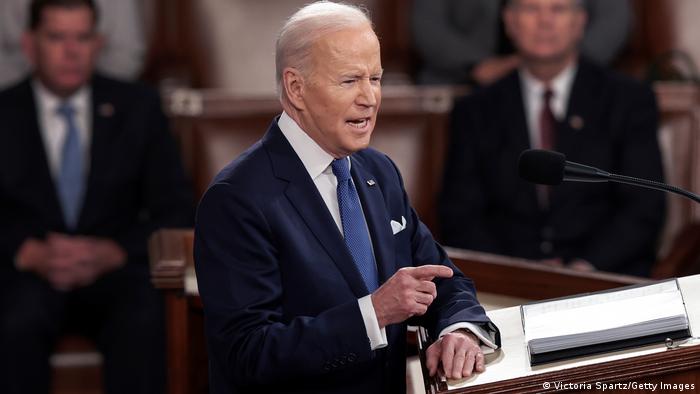 Russian President Vladimir Putin "will never succeed" in occupying Ukraine, the US president has promised.

"We are in a critical period in which (they) are preparing the ground for the next phase of the war," and the United States and its allies are "moving as fast as possible" to provide Ukraine with the equipment and weapons it needs, Biden added.

Since the start of the war, US military aid to Ukraine has so far amounted to more than $ 3 billion, Reuters reports.

The United States is about to approve a new $ 800 million military aid package to Ukraine, less than a week after a previous announcement of identical measures, several American media reported on Tuesday, writes Agence France-Presse ( AFP).

According to CNN, details of this new package are still being drafted, cites three senior Biden officials.

According to NBC News, this new tranche is expected to include more artillery and tens of thousands of shells for Kyiv in its war against Russia, as Ukraine faces a series of Russian blows in the country's east.

On Tuesday afternoon, White House spokeswoman Jen Psaki said that "President Biden and the leaders of this morning's call discussed the provision of additional ammunition and security assistance for Ukraine."

On April 13, Joe Biden announced another $ 800 million US military aid to Ukrainian President Volodymyr Zelensky, including heavy equipment such as armored vehicles, artillery, and helicopters.

And on Monday, the Pentagon reported that the first shipments of this military aid tranche had already arrived at Ukraine's borders to be handed over to the Ukrainian army.

Since the fall, the United States has provided most of Ukraine's international military aid to Kyiv. Before the expected announcement of this new tranche, the total value of military assistance reached about 3.2 billion dollars. All the Ukraine's help could make us say that this conflict is one of the biggest proxy wars fought so far in history. The camp of the West for which Ukraine is fighting and the camp of Russia. It is an implicit and unassuming world war, and through this failure, the Ukrainian people are suffering. Indeed, a global conflict would mean even more losses, but it is a much more concentrated sadness that we have to observe when we refer to the suffering of Ukrainians.