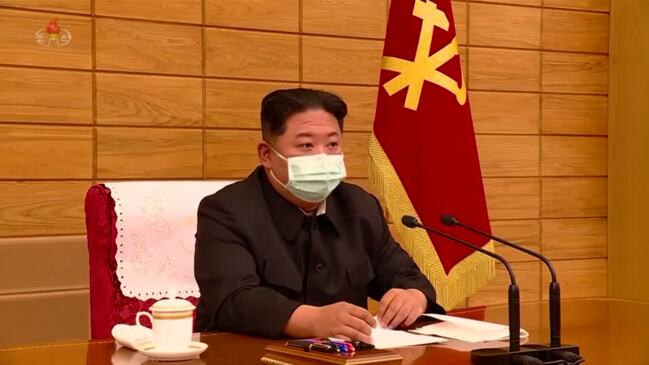 The Korean Central News Agency (KCNA) reported that 89,500 new cases of fever were reported in the past 24 hours, citing data from the National Emergency Prevention Command.

The number of new cases in North Korea has fallen below 100,000 for the second day in a row since the country acknowledged the outbreak of Covid-19 on May 12. Kim Jong-un convened an epidemic prevention meeting on May 29 to discuss relaxing epidemic prevention policies in response to the epidemic’s slow-down.

According to a report, Kim Jong-un made a positive assessment of the control and improvement of the epidemic in the country and discussed issues such as continuing to stabilise and improve the overall situation of epidemic prevention during the meeting. 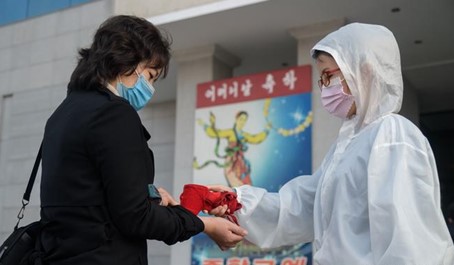 (A Pyongyang citizen is having her temperature taken)

North Korea has reported fewer than 100,000 new cases of the disease for the second day in a row, a significant decrease from the nearly 400,000 cases reported in a single day just over 10 days ago.

Since the declaration of a state of emergency this month and the nationwide epidemic lockdown, there have been concerns about the lack of vaccines, medical supplies and food in North Korea. According to the KCNA, North Korea has been working to improve its epidemic prevention measures, such as reviewing antiviral drugs and establishing quarantine facilities.

On the other hand, the Yonhap News Agency reported that Kim has been facing various pressures such as the epidemic in the past six months, and he has started to gain weight again after once successfully losing weight, seemingly back to his pre-weight loss state.

According to the report, the difference in Kim’s physique is noticeable when comparing photos released in December of last year to those recently released in North Korea. 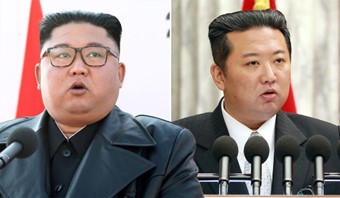 The North Korean government has been holding events to mark the 80th birthday of Kim Jong-il, the 110th birthday of Kim Il-sung, and the 90th anniversary of the founding of the army this year, which may have put pressure on Kim Jong-un to gain weight.

The pressure on Kim Jong-un’s administration is at an all-time high, particularly since the outbreak of a new epidemic at the end of April this year.

Kim Sung-kyung, a professor at the University of North Korean Studies in Seoul, said that any leader of a country would be under pressure to prevent and control the epidemic, and it is indisputable that Kim Jong-un has been under pressure recently.