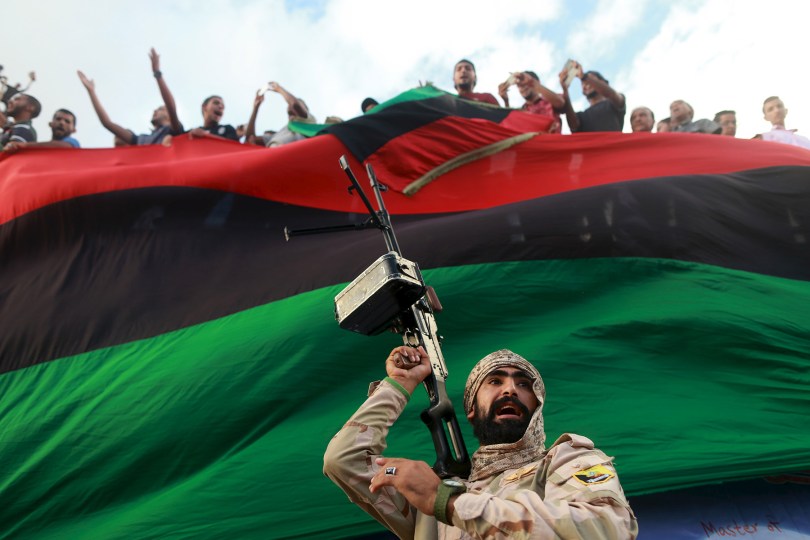 Libya has been in transition since 2011, and today, more than ever, it needs democratically elected institutions not to fall back into chaos again.

While media attention seems mainly focused on the conflict in Ukraine, chaos has been plunging back into Libya. On the domestic front, two coalitions are wrangling over the country's sovereignty. On the one hand, The Government of National Unity is based in Tripoli and led by interim Prime Minister Abdul Hamid Mohammed Dbeibeh; on the other, the Government of National Stability is based in Tobruk and led by former Prime Minister Fathi Bashagha.

Nothing new for Libya, as since 2014, the country is politically divided into entities based respectively in Tripolitania, the Western region, and Cirenaica, the Eastern one.Since then, the political figures have changed, but the situation remains the same as it was a few years ago when Al-Sarraj and Khalifa Haftar were vying for political power. Today, while the former has left the scene, the latter continues to wield significant influence and does not seem willing to give up his ambitions in Libya.

To understand how such a stalemate was reached again, it is necessary to take a step back and trace the main events that have characterized the country's internal political situation over the past two years.

A few months after the unsuccessful military campaign undertaken by Haftar to take over Tripoli, the two rival factions-represented by the Government of National Unity and the Tobruk House of Representatives came to a cease-fire agreement that was officially formalized in October 2020.

At the end of January 2021, the Libyan transitional government announced the nominees of the three members of the Presidential Council and Abdulhamid Dabaiba as Prime minister. The 75 participants were local and regional figures who represent the various political-military factions involved in the Libyan crisis and whose task would be to oversee preparations for national elections scheduled for Dec. 24, 2020.

The day before that date, the High National Elections Commission announced the postponement of the elections due to faults in election legislation and several appeals related to the eligibility of candidates. To date, nothing has been determined about the elections.

Even before the announcement, many were sceptical about whether it would take place due to the sharp divisions within the executive branch. Moreover, several controversies have emerged as rumours about possible candidates have spread. In addition to the name of the current PM Abdulhamid Dabaiba, frowned upon by most Libyans, the names of Khalifa Haftar and Colonel Qaddafi's son Saif Al-Islam Qaddafi had already been leaking out for months.

On Feb. 11, a commando of unidentified individuals opened fire at al-Dbeibah's car while he was on his way home. The incident occurred on the day of elections for a new interim premier in the person of Fathi Bashagha, ex-PM, who was tasked with forming a new government.

Following the fall of the Qaddafi regime in 2011, a terrible civil war ensued, gradually becoming a full-fledged regional and international conflict. Local tribes, mercenary groups and third-party states have exploited the power vacuums by offering support to the two main rival domestic factions.

From then on, Libya has been going through a difficult political transition and now, more than ever, the country needs democratically elected institutions that can provide security to the population so that the country does not plunge back into chaos, as happened in the aftermath of Qaddafi's deposition. However, state territory is highly fragmented: the three historical regions that make up the country - Tripolitania, Cyrenaica, and Fezzan - appear as incommunicable monads and mercenaries and armed groups rule locally.