Ngāti Toarangatira or Ngāti Toa Rangatira is a Maori tribe that owns the world's popular ritual culture known as the Ka Mate haka in New Zealand. The Maori tribe claims that anti-vaccine protesters to stop using the traditional performance to promote their message on Monday (November 15). Vaccine opponents have been performing the "Ka Mate," a Mori haka penned about 1820 by Te Rauparaha, the Ngati Toa tribe's war chief, at rallies against vaccine mandates and pandemic restrictions in recent weeks.

Ngāti Toarangatira asked to stop immediately using haka as a medium to promote their message.  They also expressed opposition and added that if the protesters want to use Ka Mate, please use another form of haka. Although other tribes have evolved distinct kinds of Hakka for different events, the "Ka Mate" is the most well-known since the All Blacks have done it at international rugby test matches for decades. It entails a terrifying exhibition of rhythmic foot-stomping and chanting, as well as eye-rolling and tongue-sticking. The foot-stomping, eye-rolling tradition is often used at major social events such as weddings and funerals in the New Zealand community. Ngati Toa's haka, Ka Mate, was created to commemorate Te Rauparaha's escape from a rival tribe's pursuing war party. In 2014, Parliament passed a law recognizing Ngati Toa as the haka's guardians, albeit the law does not include any sanctions if the haka is mistreated. The iwi in Maori has previously spoken out against the commercialization of the haka and satirical or disrespectful renditions of the ceremony. Helmut Modlik, the chief executive of Ngati Toa, chastised anti-vaccine demonstrators for prioritizing personal desires over the broader benefit. He stated that they are positive that the Covid-19 vaccine is the best protection, and they decided to support their whanau (family) for getting vaccinated as soon as feasible. 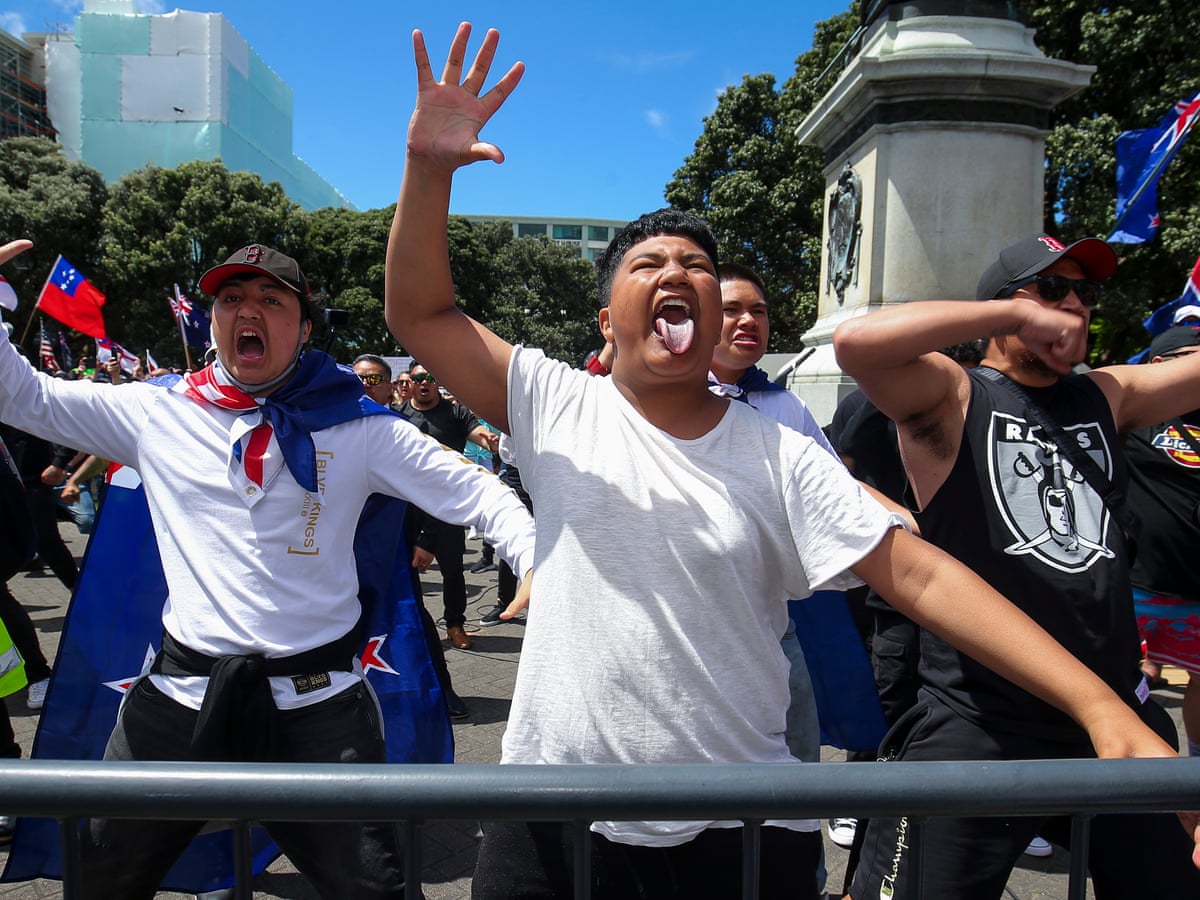 New Zealand has only reported 8,886 cases of new coronary pneumonia in the world. It is one of the countries which have among the lowest rate of Covid 19. New Zealand has been working hard this year against the highly contagious variant of the Coronavirus Delta. Prime Minister Jacinda Ardern suddenly adopted a strategy including severe lockdown and strict border restrictions, and only 33 deaths from the virus were recorded in a population of 5 million. However, as a result of the enforcement of "no jab, no job" policies, protests have escalated in number, drawing tens of thousands of people in key cities.

Many of those who perform the haka during protests are Maori, and Prime Minister Jacinda Ardern has remarked that young indigenous people, especially, are being bombarded with misinformation. "I have to say, the disinformation that's out there is intense... if they deliberately spread misinformation, they are putting people at risk," she told TVNZ. On Monday, it has reported 173 new cases in New Zealand. The report shows more than 81% of civilians have been fully vaccinated in New Zealand.