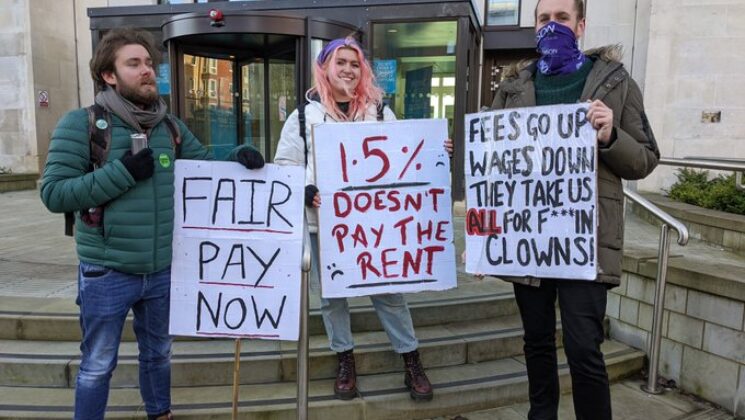 Strikes in the public sector are now more likely as inflation approaches double digits. The sense of panic heightened last week when the Bank of England predicted inflation would reach 11 percent this autumn.

A wave of 1970s-style economic turmoil is threatening to spread across the public sector, with teachers' and NHS employees' unions warning of imminent strike action over pay.

The UK is preparing for rail strikes on Tuesday, Thursday, and Saturday, which will shut down half of the network. At the same time, the country's largest teaching union, the National Education Union (NEU), told the Observer that it will be informing education secretary Nadhim Zahawi of its plan to ballot its 450,000 members unless it receives a pay offer much closer to inflation by Wednesday. According to the union, the action might lead to school strikes in England in the autumn.

Another showdown might occur this week when millions of NHS employees up to the level of senior nurses receive their annual wage offer, which is predicted to fall far short of inflation, which is now at 9.2 percent.

Unison, the country's largest union, which represents NHS workers, said the government now had to choose between offering a compensation close to inflation or risking a major exodus of personnel and possibly industrial action in hospitals, which are already overburdened.

Transport strikes are certain now for the coming days, a series of train strikes would "punish millions of innocent people," according to Transport Secretary Grant Shapps. Commuters and students taking examinations, he claimed, would be affected.

However, the Rail, Maritime, and Transport union (RMT) claimed politicians stalled negotiations. The last meeting with the unions dates back to early March.

On Tuesday, Thursday, and Saturday, there will be strikes on practically all major lines in the UK, as well as on the London Underground on Tuesday. On non-strike days, such as Monday, there will be ripple effects on other services.