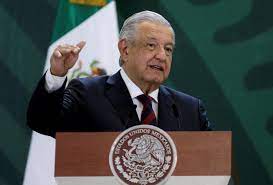 Mexican President Andrés Manuel López has pulled out of attending the 9th Summit of the Americas happening this week in Los Angeles.

López followed through with his threat to pull out of the conference after the Biden administration excluded Cuba, Nicaragua, and Venezuela from attendance. A Biden administration spokesman said that the countries were banned due to a “lack of democratic space and the human rights situations” in the respective countries.

López believes that excluding countries from the Summit is counterproductive to the Summit’s goals of cooperation across the Americas. As he said in a recent news conference, “I am not going to the Summit because not all American are invited and I believe the need to change the policy that has been in place for centuries: The exclusion of the desire to dominate without any reason, the disrespect of countries sovereignty (and) the independence of each country.”

The Summit will be hosted in Los Angeles, from June 6th through the 10th. President Biden’s administration's foreign policy has been shaped by the Russian invasion of Ukraine and the decision to pull American troops out of Afghanistan. This Summit is an opportunity for his administration to lay out their agenda for the Americas.

Protecting democracy has been top of the agenda of the Biden foreign policy agenda since day one. Secretary of State Anthony Blinken said in May, “We have a responsibility also to speak out collectively when we see governments weakening democracy at home, clamping down on the free press, threatening political opponents, and undermining the independence of the courts.” This foreign policy vision seems to be behind the choice to exclude Cuba, Venezuela, and Nicaragua.

Interestingly, President Biden was Vice President during a massive thaw of Cuban and American relations under President Obama. This included the unprecedented step of President Obama and Raul Castro enjoying a baseball game together. As a candidate, Biden had pledged to reverse President Trump’s hardline policies on Cuba. As President he had appeared to follow through with this promise by easing certain restrictions on the island, however, this exclusion from the Summit represents a move back towards more hawkish policies.

The Biden administration had also seemed open to softening relations with Venezuela. Following the Russian invasion of Ukraine and oil shortages, Biden allowed Chevron to begin seeking to resume business with the government of Nicholas Maduro. The exclusion of Venezuela from the Summit could make it harder for this business deal to go through.

President Biden has stuck to a consistent more hardline approach to Nicaragua. In November, Biden banned Nicaraguan officials associated with President Ortega from entering the country. This move to exclude Nicaragua from the Summit is a continuation of a longstanding policy.

The Summit will be an opportunity for President Biden to address migration and security policy toward Latin America prior to the midterms. The sudden pull-out of  López could strike a blow to the administration's plans.