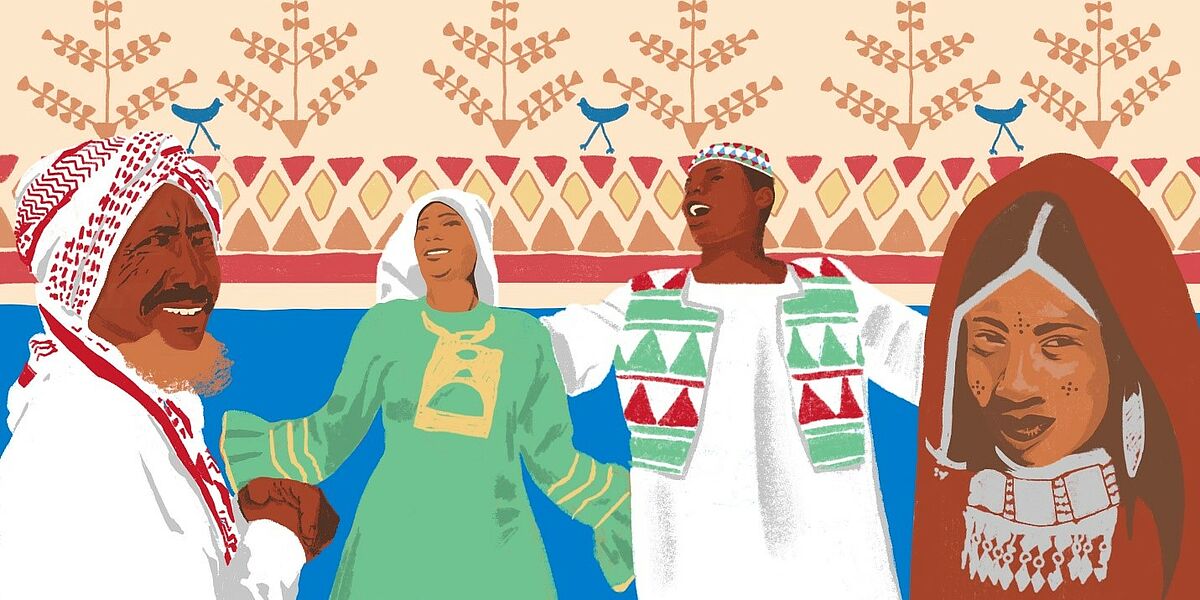 The Middle East North African region, like many other regions of the world, is heterogeneous and comprises numerous ethnic, national, religious groups and sects.

Much of the troubles facing this region revolve around the treatment or mistreatment of its minority population which sparks criticism within the international community.

Debates about minorities have long been controversial and politically charged. States are naturally sensitive to external criticism of how they treat their minority population. At the same time, they do not hesitate to use the treatment of minorities by their rivals as a useful foreign policy tool.

For example, while the United States condemns the mistreatment of the ethnoreligious group of the Copts in Egypt, it turns a blind eye to the numerous human rights and international law violations committed by Israel against Muslim Palestinians.

Within Israel, ethnic and religious minorities face significant barriers. While long sustaining its identity as a Jewish state, Israel has also stressed equal rights for all its inhabitants, regardless of their faith.

However, despite these guarantees, many communities continue to face discrimination: these include the sizeable minority of Palestinian Arab Muslims.

According to the Jewish virtual library, Arab citizens of Israel comprise 21% of the country's total population. About 82% of the Arab population in Israel are Sunni Muslims.

Palestinian Arab citizens continuously experience marginalization in a range of areas including housing, access to services and employment.

According to 2017 data from the Adva Center, infant mortality rates among Arabs were more than two and a half times those among the Jewish majority.

The Israeli government has attracted widespread condemnation for its violations of international law in the West Bank and Gaza, which comprise the Palestinian territory which it has occupied since 1967.

Israel has been continuously bombarding Palestenian homes and initiating military operations and blockades against the population of Gaza.

According to data conducted by the United Nations Office for the Coordination of Humanitarian Affairs (OCHA), 5,600 Palestinians were killed by Israeli military troops while 115,000 were injured from 2008 up until 2020.

Palestenian and Arab minorities in Israel are not only being killed, but also thrown out of their homes because of the continued Israeli expansion over the occupied East Jerusalem and the West Bank territory.

The organization also pointed to details of how Israel is enforcing a system of oppression and domination against the Palestinian people, and depriving them of their basic rights.

The Palestenian-Israeli conflict has resulted in a crucial change in the geopolitical architecture of some MENA countries. In fact, the 1940s and the establishment of Israel resulted in a rapid emigration of Jews out of Yemen, in the wake of anti-Jewish riots and massacres.

By the late 1990s, only several hundred remained, mainly in a northwestern mountainous region named Saada and the town of Raida.

A report published by Al Monitor news agency over the situation of jews in Yemen stated that only four elderly jews remained in Yemen territory after the Houthis deported 13 jews in 2021.

The case of Yemenite Jew Levi Marhabi who was captured by Houthi intelligence a few years ago has sparked international controversy. Marhabi was accused of assisting in the smuggling of a centuries-old Torah scroll illegally across the country to Israel.

In November 2020, shortly before the end of his term, US Secretary of State Mike Pompeo issued a press statement asserting that, “The United States stands with the Yemeni Jewish community in calling for the immediate and unconditional release of Levi Salem Musa Marhabi .… Mr. Marhabi is one member of an ever-shrinking community of Yemeni Jews, who have been an important part of Yemen’s diverse social fabric for thousands of years. We call on the Houthis to respect religious freedom … and stop oppressing Yemen’s Jewish population.’’

Nonetheless, he was neither released nor discrimination against the Jews minorities was seized. The Houthis kept attempting to either kill or deport any jew who was left in Yemen until only four Yemenite jews were left.

The dire situation of the Copts in Egypt should also be noted. Copts are one of the largest minorities and indigenous communities in Egypt. According to the Minority Rights Group, they represent about 10 to 20% of the population.

The oppression of Copts is a long-standing problem in Egypt. It is also a striking illustration of the poor status of Christians in the Middle East, despite the fact that the religion is native to the region.

Copts have witnessed multiple instances of persecution throughout their history. Human Rights Watch reported that the community has been experiencing "increasing religious intolerance" in recent years.

The situation for Copts has been particularly acute in the period following the Arab Spring. In the first two years after Mubarak took office, nearly 100 Copts died in sectarian violence, more than in the entire previous decade.

The situation for Copts remained fragile after the election of President Morsi, with another major outbreak of sectarian violence in El-Khosous in April 2013.

After 3 July 2013, when Morsi was removed from office by the army, there were several attacks on Copts, in which churches and Coptic homes were burned and several people killed.