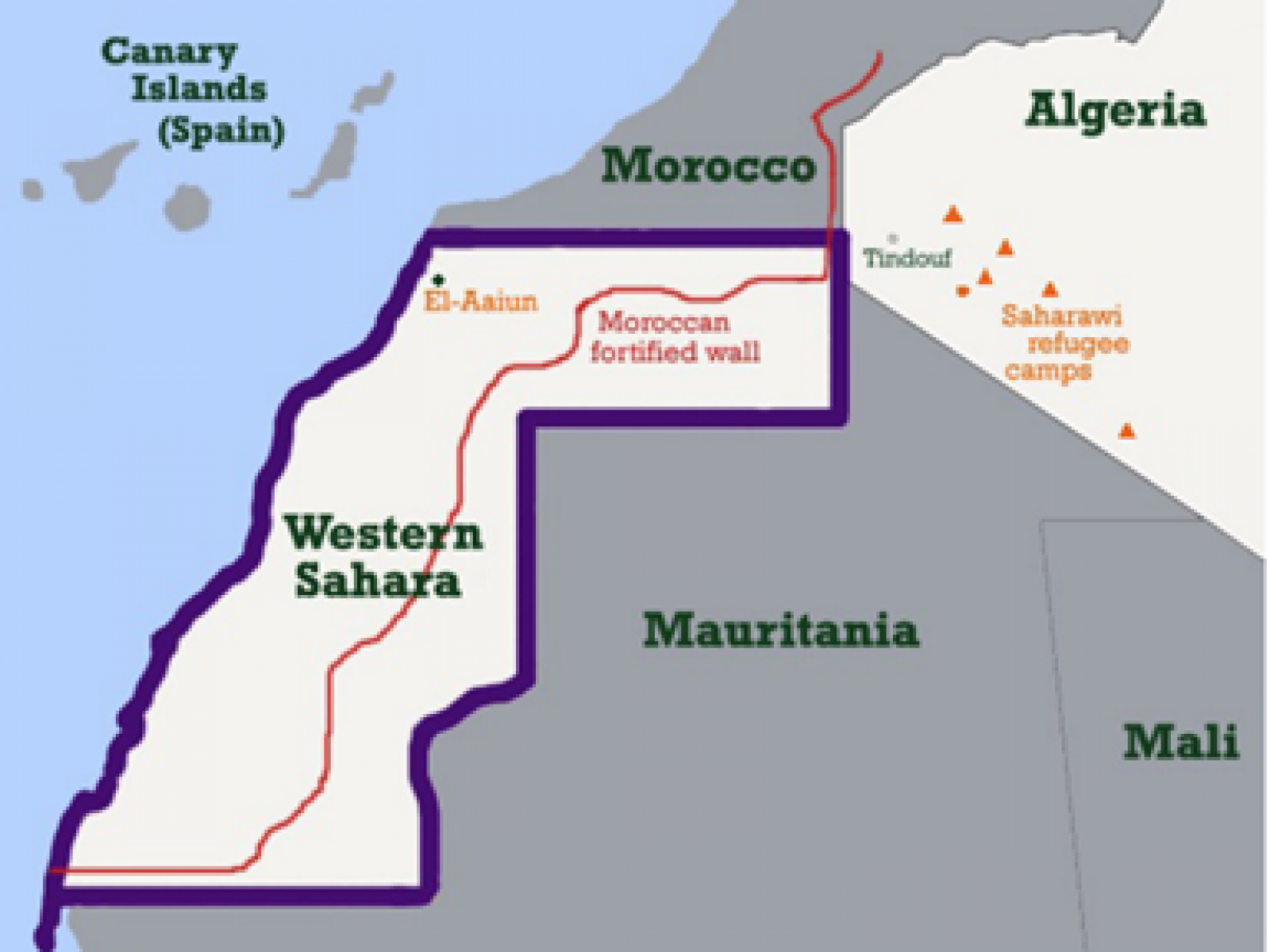 Thought to be expired, but stalemate conflict between Morocco and the Polisario, a Western Saharan front fighting for the independence of the area, has been ignited once more.

As a former Spanish colony, the Western Sahara territory was occupied by Morocco and Mauritania on October 30th, 1975, during the secession of Spain. The Madrid Accords of November 14th, 1975, formally referred to as the Declaration of Principles on Western Sahara, was a treaty between Spain, Morocco, and Mauritania to facilitate the decolonization of the area, and the transfer of power over to the inhabitants of the region.

On October 16th, 1975, the finalized Advisory Opinion of the International Court of Justice (ICJ) declared that neither the Kingdom of Morocco nor the entity of Mauritania had any ties of sovereignty over Western Sahara during the relevant period of colonization. Thus, the occupation by the two foreign powers violated international law.

Prior to the secession of Spain from the area, the Sahrawi nomadic indigenous group of Western Sahara formed a politico-military organization called the Polisario in May 1973; to drive the Spanish out and establish their independence. In an effort to keep an economically beneficial relationship in the region, Spain proposed a referendum on self-determination. This proposal was delayed due to the pressures exerted by both Morocco and Mauritania in regard to their territorial claims over the area. Dissatisfied with the ICJ’s proclamation of 1975, King Hassan II of Morocco organized a “Green March” of 350,000 unarmed civilians to Western Sahara to recuperate it on November 6, 1975. Spain finally agreed to withdraw from the area as recorded in the Madrid accords and transferred power to a joint administration between Morocco and Mauritania.

In the 1970s, resistance by the Popular Front for the Liberation of Saqiat al Hamra and Rio de Oro or Polisario led to relocation of 160,000 Sahrawis in Algeria and Mauritania. The Polisario established their government, the Sahrawi Arab Democratic Republic (SADR), in 1976 in Tindouf, Southwest Algeria, and while in exile with the support of the Algerian government.

Unable to sustain an active army against the Polisario, the Mauritanian government signed a peace treaty with the political organization in August 1979, capitulated their claims, and abandoned their territory in Western Sahara. Morocco sought the opportunity to consume Mauritania’s sector, which by 1981 totaled 80 percent of Moroccan control in Western Sahara. In the same year, Morocco built a Berm (a sand wall) in the West to separate their territory from the Polisario and Sahrawi refugees to the East.

The Polisario guerrillas met the Moroccan army with armed resistance. This led to a prolonged war in the desert that eventually came to a halt after the United Nations (UN) arranged a cease-fire and a plan for peace in 1991.

The settlement plan proposed by the U.N

Established by the Security Council, the United Nations Mission for the Organization of a Referendum (MINURSO) in Western Sahara aimed to implement a plan for a stable government. This resolution presented inhabitants to choose between independence and integration into Morocco. Nevertheless, this process prolonged for another decade owing to the disagreement between the Polisario and the Moroccan kingdom over the inhabitants' eligibility on the electoral register. Each entity sought to influence the register in their favor.

In March 1997, U.S. Secretary of State James A. Baker III was appointed by the then U.N. Secretary-General Kofi Annan to mediate the process of voter identification. By 1999, 86,000 voters had been identified, but 130,000 Moroccan-backed appeals from individuals who were dismissed from the proceedings led to another stalemate.

The Secretary-General proposed a framework agreement in 2001, known as the Baker Plan. This plan was to grant the people on the 1999 electoral register of Western Sahara the right to elect their executive and legislative bodies of government, whilst foreign relations, defense, and national security would be under the leadership of Morocco. A referendum was scheduled to take place five years later, also favoring Moroccan settlers in the area but the political interests of all parties including Algeria-placed a deadlock on the matter.

King Mohammed VI proposed the goal of autonomy for Western Sahara under Moroccan sovereignty, with no possibility of independence. The king believes decentralization is the just resolution to the ongoing conflict.

Algeria has continuously supported the Polisario’s self-determination and independence demands; by virtue of access to the Atlantic Ocean. Algeria’s President Abdul-Aziz Bouteflika has rejected Morocco’s autonomy plan for Western Sahara and is believed to be moderately responsible for the SADR’s membership in the African Union (AU).

Morocco is the only African state without an AU membership.

In Mid-November 2020, the Polisario Front reignited the armed struggle, and divulged a termination of the UN-brokered cease-fire agreement of 1991. Morocco sought to fragment an unarmed Sahrawi protest at the UN-patrolled buffer zone that blocked Morocco’s access to Sub-Saharan Africa. The Polisario exploited the situation to further push their demands for Independence.

Morocco’s claim over Western Sahara dates back centuries ago. Although the ICJ recognized the strong ties between the two entities, the adjudication on the decolonization of the area is solely established on the relevant period of colonization.