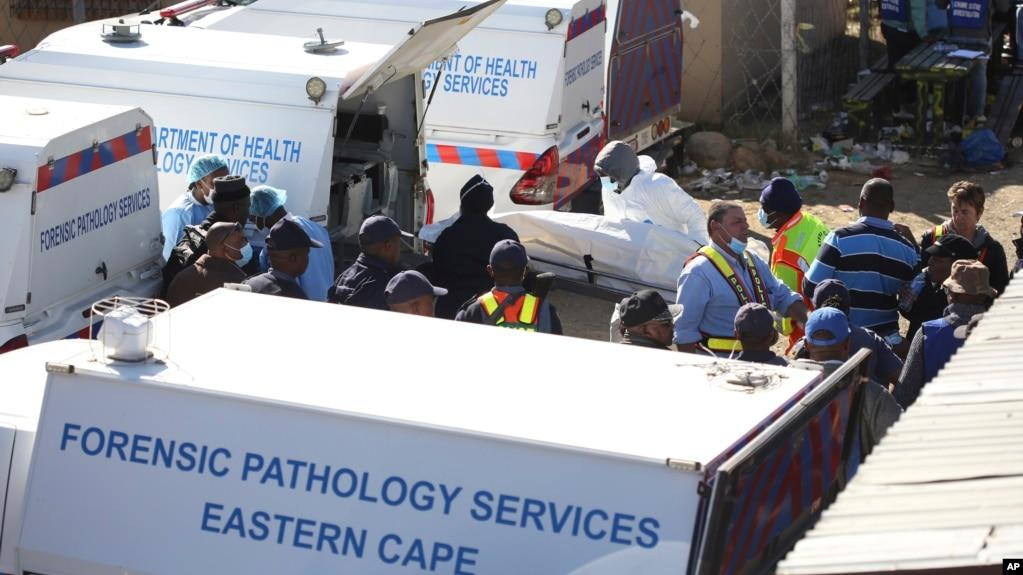 Tragedy hit the city of East London in the Eastern Cape early on Sunday morning, with 22 dead and several injured being discovered inside the Enyobeni tavern in South Africa.

Police arrived at the scene in the early hours of Sunday morning, where they discovered a gruesome scene of bodies scattered across the nightclub.

According to South Africa’s Daily Dispatch newspaper, bodies were found “lying bizarrely as if they collapsed to the floor suddenly while dancing or in the middle of a conversation.”

It was initially assumed that the deaths were due to a stampede inside the over-packed nightclub, but ruled out as victims had “no open wounds”, according to Unathi Binqose of the Department of roads and safety. Therefore, the police have suggested that possible poisoning or toxins may be the cause, and probing is underway. Parents who have not heard from their children this past weekend promptly made their way to the mortuary for possible identification.

Bheki Cele, the national police minister of South Africa, has called the incident a disaster as the victims consisted of young people, including a 13-year-old.

The youth were celebrating their end-of-term exams. The tavern is well known by locals, as being overcrowded and selling to underage attendees. The legal drinking age in South Africa is 18.

The premier of East Cape Province, Oscar Mabuyane condemned the "unlimited consumption of liquor," saying "You can't just trade in the middle of society like this and think that young people are not going to experiment."

No arrests have been made, but South African police say the owner of the nightclub, Siyakhangela Ndevu, is expected to face charges.

The tragedy also occurred during Youth Month, a month to commemorate the lives of Sowetan students that were lost during a protest against apartheid in 1976. South African President Cyril Ramaphosa, who is currently at the G7 Summit in Germany, tweeted his condolences to the families who have been affected.