Naftali Bennett: A Changemaker, For Better Or For Worse? 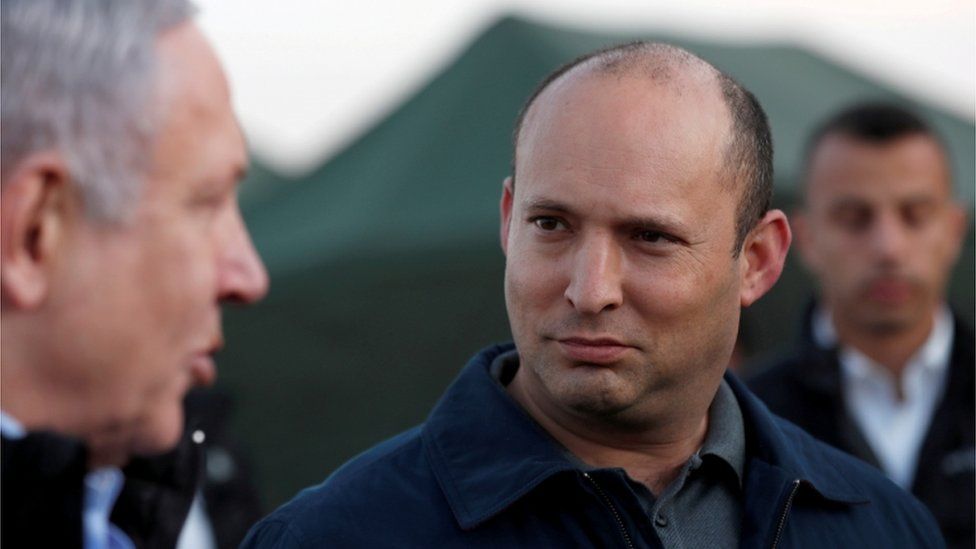 In a major power shift in Israel, Benjamin Netanyahu has been forced out of the chair as the Prime Minister of Israel after 12 years. He was criticized throughout his tenure, both within Israel as well as in reference to Palestine, for pursuing aggressive right politics. In the floor test that took place on the 13th of June, 2021, in the Israeli Parliament Knesset, Naftali Bennett’s alliance secured 60 votes as compared to Netanyahu’s, which secured 59 votes.

The end of Netanyahu’s reign came amidst sharp criticisms of corruption and his trial for fraud and breach of trust. On the day of his witness testimony, he slammed the judiciary and called its proceedings an abuse of power that was held by the prosecution. He stormed in the courts with these words, “This is what illegitimate use of power looks like….this is how you try to topple a strong right-wing Prime Minister! This is what an attempted coup looks like!” He has accused the present government of leaning towards an unstable coalition and called it a “left government”.

To see a leader who rose to power as the Prime Minister, first in the 90s and then 2009 onwards, lose the trust of his people is but an example of how as leaders begin to usurp power, are removed by the people. For his supporters, he is still looked at as a supreme leader who made Israel rise to enormous power and put it on the World pedestal as one of the most economically superior Nations. But to those who voted him out of power, he is someone who divided the country and made it more vulnerable by potentially weakening its democratic institutions and led to the rise of extremism. It is due to this that a few Israelis got on the road and celebrated the change of regime after more than a decade.

This victory by a dwindling margin ended a two-year cycle of political paralysis in Israel, making Naftali Bennett the 13th Prime Minister of the country. He formed the government by forming a fragile coalition, comprised of eight parties with deep ideological differences from the right, left, and center. Mr. Bennett defended it as a pragmatic move aimed at unifying the country and avoiding a further round of elections.

Mr. Bennett has an earlier distinction in the military by serving in two branches of Israeli Special Forces during his army service. Later, he sat up and sold hi-tech companies, becoming a millionaire in the process.  In 2019, he left the Netanyahu government by calling him a “soft” leader for Israel. He went on to form an alliance called the New Right but failed to make an immediate impact in the forthcoming elections. However, in 2020, he won the parliamentary elections as chief of Yamina(meaning rightwards in Hebrew) party.

Naftali Bennett, who is an ultra-nationalist, often describes himself as “more right-wing” than Netanyahu as well. He is a strong advocate of Israel’s existence as a Jewish State and its historical and religious claims to the West Bank, East Jerusalem, and Golan Heights, which are not recognized as Israeli territories by the International community. In openly claiming Israel’s sovereignty over these territories, he has strongly rejected the two-State solution to the Israel-Palestine issue on multiple occasions. In February, 2021 he exclaimed, “As long as I have any power and control, I won’t hand over one centimeter of the land of Israel. Period.”

He criticized his predecessor for signing a truce with Gaza’s Hamas while accusing the group of effectively murdering dozens of its civilians, who were supposedly killed in Israeli airstrikes. According to him, there cannot exist a Palestinian State within the “tiny land of Israel” as he believes that it would be a disaster for the next 200 years.

The Indian Prime Minister, Narendra Modi tweeted that he looked forward to meeting with him and working on deepening strategic partnership between the two countries as they celebrate 30 years of the up-gradation of diplomatic ties next year. He also conveyed gratitude to Mr. Netanyahu and thanked him for giving “personal attention” to India-Israel strategic partnership. Bennett retweeted by saying that he looked forward to working with India to develop “unique and warm relations”.

Anshel Pfeffer, a columnist for Israel’s Haaretz newspaper, wrote in a recent profile of Mr. Bennett:

“A Jewish Nationalist but not dogmatic. A bit religious, but certainly not devout. A military man who prefers the comforts of civilian urban life and a high-tech entrepreneur who isn’t looking to make any more millions. A supporter of the Greater Land of Israel but not a settler. And he may well not be a lifelong politician either.”

In light of last month’s disturbance in Israel and Palestine and Mr. Bennett’s extremely right-wing opinions, it is to be seen by the World as to how he manages to govern his country as well as maintain relations with other countries in the Arab World and beyond.

From the Holy Santuar to a wider Israeli-Palestinian conflict?