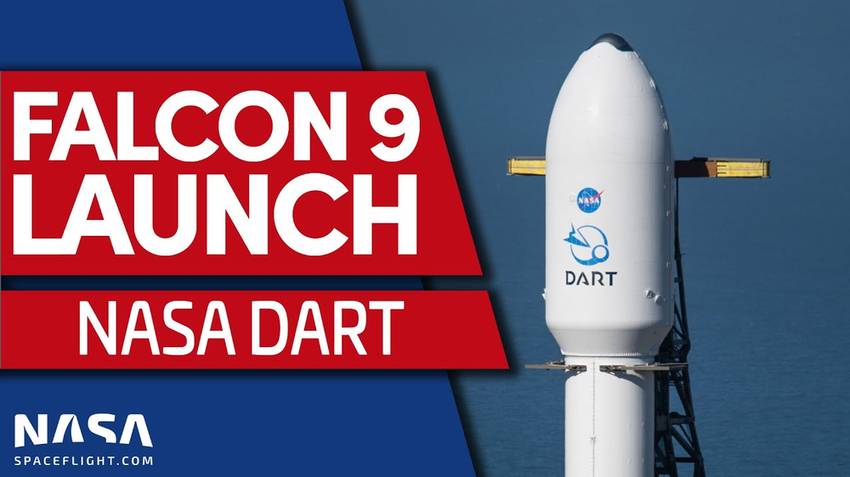 On Wednesday at 1:21 am EST (6:21 UTC), the SpaceX Falcon 9 rocket carrying the DART (Double Asteroid Redirection Test) blasted off from Vandenberg Space Force Base near California in the US.

For decades, the Earth, just like many of the other solar system’s rocky objects, endures the scars of past asteroids impacts. However, for the first time in the Planet's history, Earth is all set to hit back.

Presently, NASA (National Aeronautics and Space Administration) of the US launched a mission ‘DART- Double Asteroid Redirection Test’ at 10:21 p.m. Pacific Time on November 23 from Vandenberg Space Force Base, California. "Asteroid Dimorphos: we're coming for you!" NASA tweeted after the launch.

The goal of the Mission?

The goal is to deliberately alter the trajectory of the asteroid ‘Dimorphos’, a 525-foot-wide “moonlet”. Dimorphous orbits a bigger asteroid called Didymos every 11 hours and 55 minutes, which will help to set the moonlet into a better and shorter orbit. Although DART’s targeted asteroid is not harmful to Earth at present, the mission is carried out in the name of Planet Earth and the people of Earth, to safeguard their existence.

It is also claimed as a ‘Suicide’ mission as DART’s collision with Dimorphos will demolish the spacecraft, but it aims to cause the moonlet to settle into a tighter, shorter orbit around Didymos. It is a trial to understand the risks to avoid the unknowns of the future. Significantly, the test is carried out to learn the sufficiency of advanced technology used to deflect any actual asteroid impact threat in the future.

As stated by one of the top scientists Thomas Zuburchen from NASA, "What we're trying to learn is how to deflect a threat," talking about the $330 million projects.

When is the Impact expected?

If all executed well, then the impact is expected to take place in the third quarter of 2022 and the journey of DART is expected to end on the evening of September 26, after the spacecraft slams into Dimorphos, according to NASA’s planetary defence coordination office.

After DART's moving impact with its target asteroid, an investigation team will measure the resulted change in the asteroid's motion in space. The team is highly interested in discovering larger than 460 feet in size, oozing the energy of average nuclear bombs. These have the potential to level entire cities or regions with many times, which would be an asset.

The DART spacecraft also includes a high-tech instrument- CubeSat called LICIACube. It is added for navigation and imaging of Asteroids to discover the crash and its after-effects, built and operated by the Italian Space Agency. "The CubeSat is going to give us…, the most spectacular image of DART's impact... That will be a truly historic, spectacular image," commented Tom Statler, the DART program scientist.

The mission is undoubtedly one of a kind. The scientists are further looking to discover 15,000 more such objects that would open a whole new beginning. As it embarks on the possibility of averting asteroid apocalypse.