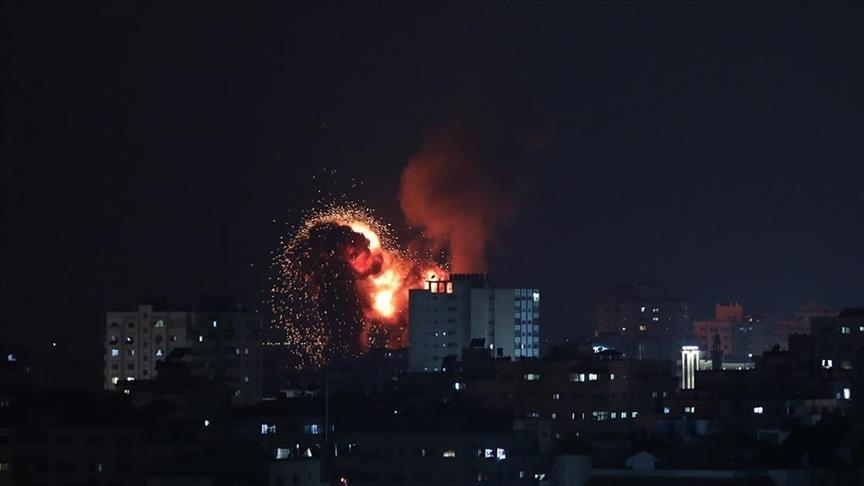 New clashes between Israeli police and Palestinian protesters broke out on the esplanade of the Jerusalem Mosque on Friday morning, reports Agence France-Presse (AFP). Early in the morning, Israeli police forces entered the Esplanade, Islam's third holiest site, and young Palestinians threw stones in their direction, the AFP reporter said, with several wounded.

At around 4 a.m. GMT, people threw stones at the Wailing Wall, the holiest place of worship in Judaism, located in Jerusalem's Old City, police said.

The situation remains tense on this third Friday of Ramadan - which coincides with the end of the Passover celebrations, the Jewish Passover - after exchanges of stones and bullets with rubber bullets.

More than 200 people, mostly Palestinians, were injured in clashes inside and around the Mosque Esplanade in the past week. It has also led to rocket fire by Palestinian armed groups from Gaza Strip to Israel. Israeli strikes in retaliation against the 2.3 million-strong Palestinian enclave.

The Israeli army fired on the Gaza Strip, a Palestinian enclave controlled by the Islamist movement Hamas, earlier in the day after a rocket fired from the territory into Israel, witnesses and security sources said.

The Israeli attack, the second this week, in both cases in response to rocket fire, focused on the center of the Gaza Strip, sources quoted by AFP said. According to a brief announcement by the Israeli army, a rocket was launched Wednesday evening into Israel from the Gaza Strip, which is under Israeli blockade.

Police added that the projectile landed in a field in the Israeli city of Sderot without causing any injuries.

A rocket launched from the Gaza Strip was intercepted by the Israeli anti-missile shield "Iron Dome" on Monday evening. Following the unclaimed attack, the Israeli air force bombed positions suspected of belonging to the Islamist movement Hamas.

The presence during the Ramadan of many Jews - who can visit the place under certain conditions and at precise times, without praying there, according to the status quo in force - and the deployment of Israeli police was widely perceived by Palestinians and several states. From the region as a 'challenge.'

Hamas is one of the main culprits in the failure of the Palestinian peace process. Thousands of Palestinians have been deported from their territories or forced into exile due to Israel's genuine ethnic cleansing policy. Terrorist attacks by Hamas or Islamic Jihad have intensified Israeli military operations in the Occupied Palestinian Territories. Hamas leaders have come to defend themselves against Israeli attacks by using Palestinian civilians as human shields.

Many Arab states have so far not recognized the right of the Israeli state to exist. They have continued to promote an aggressive policy towards Israel, secretly arming Palestinian terrorist organizations.

Several Arab ministers meeting in Amman have condemned "Israeli attacks and violations against believers in the al-Aqsa Mosque," a Jordanian-run but Israeli-controlled place.