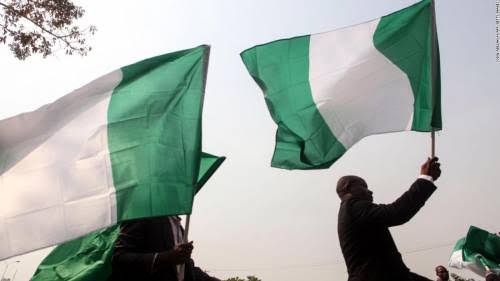 A mob attacked a female student of the Shehu Shagari College of Education and fell for alleged blasphemy against the Muslims' religion and the Prophet Mohammed, police reports say. The angry mob, which allegedly comprised students of the same institution, stoned and beat the lady, Deborah Yakubu, before setting her ablaze within the College's premises.

The unfortunate event took place in Sokoto State, in the Northwestern region of Nigeria, last Thursday. The Sokoto State government shut down the school immediately.

According to reports from the Nigerian police, students forced their way through a security office where the school's administration hid her before unleashing their rage against the victim. After ordering the school's closure, Aminu Tambuwal, the executive governor of Sokoto State, asked the Ministry of Higher education and other security operatives in the country to investigate the event.

One footage circulating across social media reveals a member of the mob rejoicing with a matchstick in his hand and boasting about his setting her alight. The police said it had arrested two persons in connection to the mishap and added that it would soon clamp down on other suspects in the circulating video.

Nigeria is a highly religious nation split along religious persuasions. Christians dominate the southern part of the country, while Muslims dominate the northern region. Different people within and outside the country have expressed outrage on social media, denouncing the extra-judicial murder.

There are currently fears that the situation could degenerate into further sectarian tensions in the West African nation. "This must stop!" cried Farooq Kperogi, a Nigerian professor at Kennesaw State University, through his Twitter account. The professor decried the killings of Yakubu, alluding to previous killings in the Northern part of the country over accusations of religious blasphemy.

The Bishop of the Anglican Diocese in the state, Rev. Mathew Kukah, asked for justice to prevail over the culprits. Also, the Chief Missioner of Nasrul-Lahi-L-Fatih (NASFAT) called on legal enforcement agents to arrest all individuals involved in Yakubu's murder on Thursday.

Kola Alapinni, a Nigerian attorney who has stood as a defence counsel for persons accused of blasphemy, said he represents someone facing a death sentence for blasphemy after hearing of the incident. Meanwhile, some states in the northern part of Nigeria operate a Sharia legal system, apart from the democratic national constitutional laws.

Blasphemy against the Islamic religion or the Prophet Mohammed in Sharia states could warrant a death sentence. However, many persons in the country want the country's Supreme Court to revisit that aspect of Islamic law in the Sharia states.

The Christian Association of Nigeria (CAN) has asked its members to stage a nationwide peaceful protest on May 22, 2022, to decry the atrocious activities of the mob against Yakubu. However, many members of the State's Islamic community express support for the mob's actions, with hundreds taking to the streets to protest the detention of the two suspects. The protesting crowd has accused the Sultan of Sokoto, Alhaji Muhammad Sa'ad Abubakar III, of being anti-Islam for condemning the killings.

Yakubu's family members buried her remains amidst much anguish and grief in her hometown in Niger State. The State Governor declared a 24-hour curfew in the State capital on Sunday. May 15, to avoid a major religious crisis.