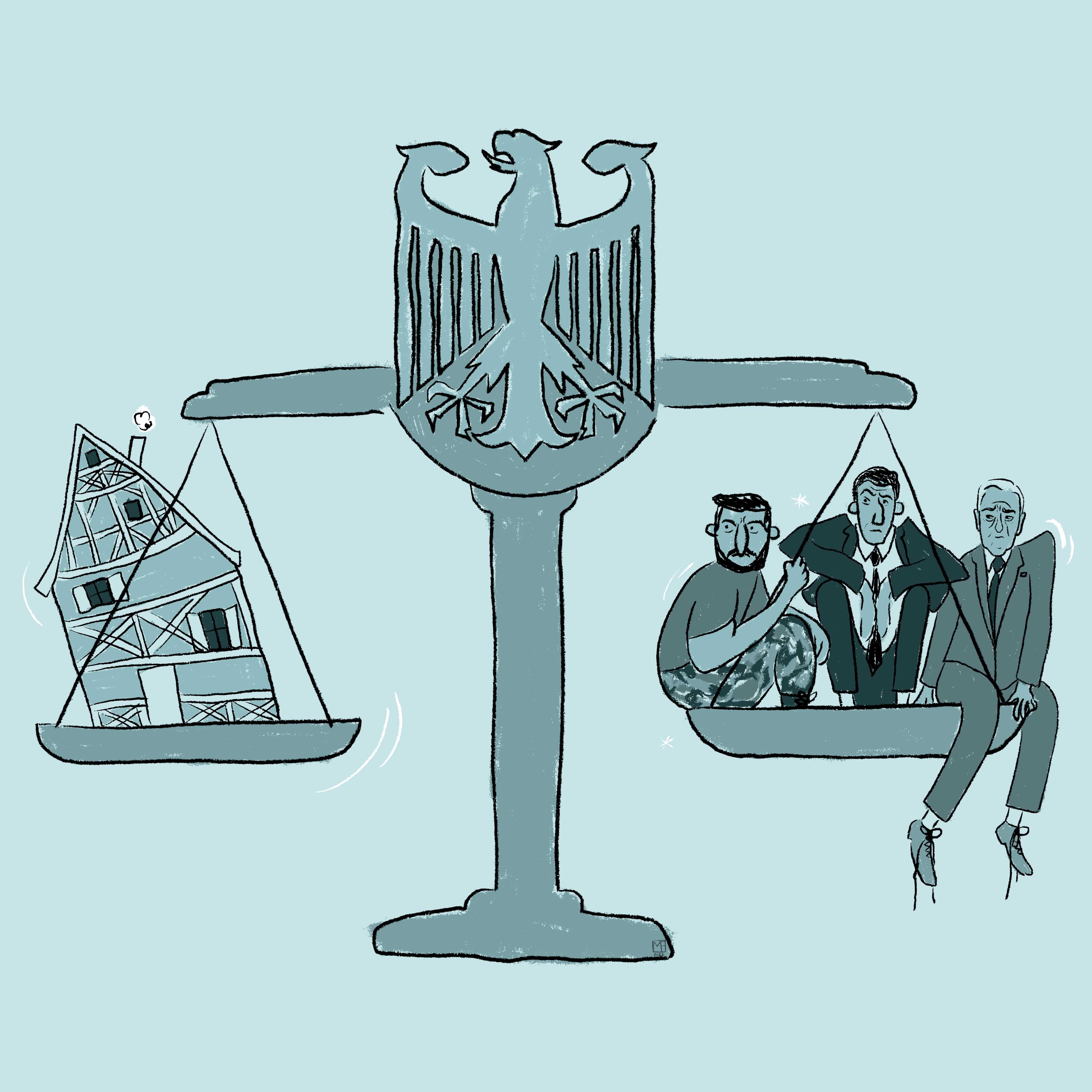 The German administration has been struggling to meet expectations from the E.U., Nato, and Ukraine over supplying weapons to the latter. By February 27, 3 days after Russia's invasion, Germany was among the first countries of the Western alliance to condemn Russia’s attack, as well as pledging weapon delivery to Ukraine. While such promises have hardly been met by Germany, Vice Prime Minister of the German parliament, Wolfgang Kubicki, urged last Friday to start using Nord Stream 2 (NS2), a new pipeline running from Russia through Ukraine that would deliver cheap natural gas to Europe.

This project, completed in September 2021, has been awaiting German and E.U. certification ever since. Furthermore, NS2 was never activated, as part of the unilateral sanctions of the Western alliance against Russia. However, NS2 could power millions of German and other European households over the next winter. The alternatives to cheap Russian gas for Germany, which has cut its production of fossil and nuclear energy over the last decade, are dire and expensive.

How could Germany make their national needs fit into the anti-Russian narrative, one that they actively contributed to on the international scene? Let’s dig into it.

This issue revolves around at least three axes. The first one is the problematic implementation of NS2, which had generated turmoil well before the start of the war. Secondly, it was complicated by the Russian invasion, with Russia and Europe’s arm wrestling ultimately ending up in a cul-de-sac of sorts. Russian exports of natural gas are an important component of their economic well being;however, their exports of natural gas to Europe constitute “only” 2% of their GDP. Moreover, Europe, however advanced it may be in transitioning to other sources of energy, is still very reliant on this natural gas. That brings us to our third axis, that is Germany’s dubious treatment of weapon delivery to Ukraine, which might have something to do with their self-professed willingness to resume imports of Russian natural gas through NS2.

Additionally, the impending doom of social protests due to an energy crisis lures in the background of many European countries. Germany being arguably the most vulnerable of them all, due to its insufficient supplies from other energy sources, still needs to walk on eggshells. Are we witnessing the return of Realpolitik for Germany? Let us follow the thread in this order.

Major conflicts of interest existed at the onset of the NS2 project. For one, it would follow the same path as North Stream 1 (NS1), bypassing Ukrainian transit fees, the cost of which could have amounted to a couple of billion dollars. Secondly, this project has also been viewed by its European detractors to be in total contradiction with E.U. 's Green Deal, which envisioned carbon neutrality by 2050. Former President Trump’s administration at the time also vehemently opposed the project for two reasons. The first one is that it would diminish its own exportation of natural gas to Europe, due to greater time deliveries and price. Secondly, the U.S. disapproved of further economic interdependence between Europe and Russia. Trump’s administration’s fearlessness to further antagonize Russia led it to sanction the project in 2019, deeming it a “tool of coercion.” President Biden’s administration waived these sanctions in January 2022.

Immediately following the Russian invasion of Ukraine, NATO allies began sanctions against Russia in the form of financial restrictions, aid to Ukraine, and cessation of economic transactions. This also included the transport of natural gas through NS1, (which since then has resumed) as well as not starting to use NS2, until Russia ended the war and returned the territories it occupied. Following his own agenda, President Putin opted to continue waging his war in Ukraine, as well as accepting these sanctions as they were. He was able to do this because these sanctions also meant socio-economic pain to Europe, cutting their main stream of hydrocarbons (as well as crude oil, a topic which, though it lies outside of the scope of this article, stands an important economical impact on Europe). By doing so, Putin weaponized natural gas and turned its own sanctions against the E.U. Incidentally, this penury of gas meant that the price for hydrocarbons in Europe skyrocketed.

A shortage and price inflation of such a commodity, still vital to Europe, means a handful of things. European countries that had meaningful economic ties with Russia have proven themselves to be in a precarious situation: on the one hand, a relaxation of economic sanctions would spur discontent, and any country attempting to do so would face serious backlash on the international scene, especially from the U.S. On the other hand, maintaining this Mexican standoff with Russia will undoubtedly spur discontent among the populations of E.U. countries. With the price of energy bills amounting to new, unparalleled heights at the break of what Russia hopes to be a hard, cold winter, many protests have already broken out in France, Germany, and the U.K.

This in turn begs two questions: firstly, what are examples of government initiatives to curb the inflation of gas bills for their population, and secondly, is there a remedy that would palliate this inflation without going back to making deals with Russia? One relevant example of a governmental bill aiming at compensating for the rise in gas bills is recently appointed U.K. Prime Minister Liz Truss’ energy measures. Every household has been promised to benefit from governmental help. This will likely freeze inflation at its current 10% rate.

This bill, however, is not as popular as one would think. First of all, the Bank of England is worried this plan will be too expensive, as interest rates are expected to surge from 1.75% to 3%. This is the only way the Bank of England can manage palliating such expenditure. It will likely have an overall detrimental impact on the economy, as a rapid rise in interest rates can in turn lead to a recession. The U.K will likely set an example as to how other European countries will combat the current inflation created by the rise in the cost of living. Germany, however, is in an even more precarious situation.

Germany, not unlike its English counterpart, is facing an energy crisis that impacts pretty much its whole industry and housing conditions. The only difference is that they were far more reliant on Russian gas than any other European country. Indeed, when the Germans were adamant to pull back from relying on nuclear and fossil energy, setting themselves up as trailblazers for the European transition, they did so without having built the proper infrastructures that could supply the population with “green” energy just yet. The goal to become carbon neutral by 2050 did not imply using solely green energy either, but simply having a more balanced output. Hence launching projects like NS2 for Northern Europe. Other projects like the Trans-Caspian Gas Pipeline (TCP) are worth mentioning since such projects would increase European dependence towards Russian energy.

However, in the short term, Germany has no viable alternative to cheap Russian gas. Norwegian, British, and American gas supplies are either too expensive for Germany’s needs, or not abundant enough for those countries to export. Symmetrically, Russia has a lot to lose not selling its gas to Germany. Per the previous hyperlinked report, Northern Europe is dependent on Russia for its gas imports as it represents 41% of its total gas supply, but Russia is more dependent on the E.U. since the same figure accounts for 70% of its gas exports. This has led both the Kremlin and Berlin to publicly call for reinstating NS2.

The German government is in an impossible situation and has to choose between two comparably nefarious outcomes. A public backlash for resuming its economic ties with Russia amidst an ongoing war it so loudly opposed, thus coming off as highly hypocritical; or a public backlash for leaving its population without enough gas and soaring inflation. The suspicious treatment of the Ukrainian aid in military equipment has already sparked controversy, with Friedrich Merz, leader of the opposition calling out Olaf Scholtz, Germany’s chancellor. Merz alleged a “hidden agenda,” which could be related to NS2.

What could this mean for Germany? Is the chancellor playing close to his chest, trying to secure what he thinks is best for his population? Is this a return to Realpolitik for  Germany? After being proponents of the Europe-first ideology during the Merkel era, are we seeing a return to national pragmatism? Is Germany acting outside of its perennial moral circle? Only time will tell.