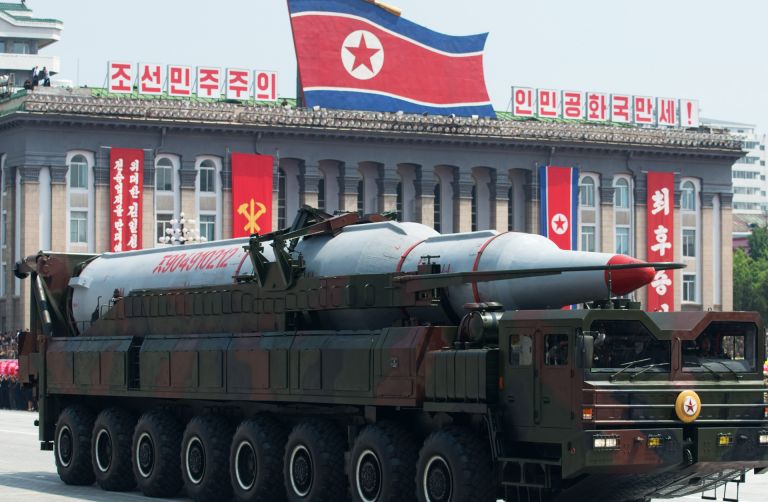 According to the South Korean Joint Staff Headquarters, North Korea tested eight short-range ballistic missiles in 35 minutes in the morning on June 5, potentially setting a record for the most missiles tested in a single day. Experts believe the North’s move is a reaction to the joint military exercises that concluded on Thursday, as well as a demonstration to the US and South Korea that North Korea is capable of launching missiles from multiple locations simultaneously in an emergency, allowing it to penetrate US and South Korean missile defense systems.

North Korea has conducted missile tests three times since South Korean President Yun Seok-yeol took office. The South immediately convened a national security meeting, and Yun stated that North Korea has been testing missiles every nine days this year and that South Korea would strengthen its defense and cooperation with the United States.

North Korea tested eight missiles at the same time, according to Ko Myung-hyun, a senior researcher at the South Korean think tank, “because they believe the scale of the US-South Korean military exercises has expanded.”

According to North Korean researcher Jung Jang-soo, the test launch intended to demonstrate to the US and South Korea that if there is an emergency, North Korea could launch missiles from multiple locations at the same time to neutralize South Korea and the US missiles defense systems.

According to the United States Department of State, North Korea’s use of force endangers all countries and undermines regional peace and stability, and the international community should condemn North Korea’s repeated violations of UN Security Council resolutions.

The South Korean Foreign Ministry said it “deeply regretted” North Korea’s continuous weapon development even as the country deals with a new epidemic.

Zero missiles fell into Japan’s exclusive economic zone during the test launch, according to the Japanese Defense Minister Nobuo Kishi, but North Korea testing missiles from different locations is “unusual and unacceptable.”

Analysts have warned that North Korea may accelerate its nuclear test program to divert domestic public attention away from the pandemic. The United States has stated unequivocally that if North Korea conducts a nuclear test, it will seek new international sanctions.

However, the UN Security Council is unlikely to pass a sanctions resolution, as the US proposed sanctions at the UN following North Korea’s test launch of an intercontinental missile last month, but China and Russia jointly vetoed them.