‘Now is the Time for Monsters’: The Capitol Hill Putsch and a Reappraisal of Hannah Arendt’s Origins of Totalitarianism 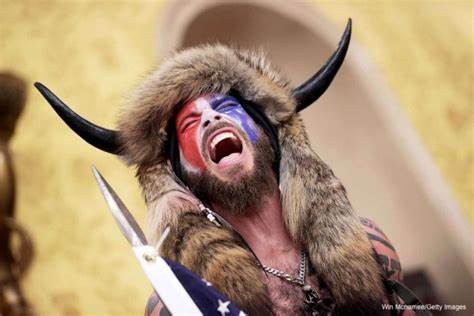 On January 6th, 2021, a substantial body of far-right protestors, instigated by Donald Trump, besieged the Capitol building in Washington DC. The said putsch was in response to an apparent attempt by the Democratic Party of the United States to overturn the results of the 2020 presidential election. The event was perhaps the closest in recent years that the democracy of the United States, one of the most significant in the world, was truly jeopardised; and as the rioters plunged through the Capitol Police and burst through windows, the world watched on in utter astonishment, disbelief, and outrage. Chief among those emotions were perhaps disbelief and astonishment, the images on the news were, after all, something that one might see in a Hollywood movie or television series, not the evening news. However, to some, the notorious and aberrant events of that day were perhaps not so alien, and even predictable. German Philosopher Hannah Arendt would have probably said so. A prominent member of the Frankfurt School of Philosophy, Arendt was an expert on ideas surrounding totalitarianism and dictatorship—having, herself, escaped the clutches of the Nazis. In 1951, attempting to diagnose the aberration that was totalitarianism, Arendt published what was possibly her most successful book, The Origins of Totalitarianism. Over seven hundred pages in length, the book is an attempt to understand the systemic causes of the rise of Fascism, delving back into the nineteenth century to understand its deep historical roots. One should not allow its status as a history book, however, to deceive the reader into thinking that it is no longer relevant to our times, for Origins, some would argue, is more prescient than Nineteen Eighty-Four. Despite a majority of the book being dedicated to an analysis of late-nineteenth-century imperialism, the prophetic warning of Hannah Arendt is perhaps just as relevant now as it was then. Unsurprisingly then, since the January 6th putsch, Arendt has seen a reappraisal amongst scholars, and many have looked back at her diagnosis of twentieth-century Fascism to find answers regarding the state of current American politics, and, I am sure, many shuddered.
To be brief, Arendt’s main argument is centred around the notion of societal atomisation. (Baehr, Peter, ‘The ‘Masses’ in Hannah Arendt’s Theory of Totalitarianism.’ The Good Society, vol. 16 No. 02, 2007) The economic marginalisation of the nineteenth century, the outsourcing of industry to the imperial colonies, and the increasingly coercive and intrusive policies that the metropolitan state pursued alienated the German population. Drifting into a state of loneliness, isolation and alienation, political theory failed to appeal to the German people. Subsequently, the prowess of party politics was substantially diminished, and ideology instead became increasingly seductive to the masses of apolitical citizens. (Arendt, Hannah, The Origins of Totalitarianism, UK: Penguin Modern Classics, 2017). Predictably, the Nazi party, which would go on to exterminate approximately six million Jews, provided that ideology.

The parallels are probably not lost on the reader. The state of America today sinisterly reflects the systemic causes that birthed the great evil of the twentieth century. The Capitol putsch was, thus, not perpetrated by Jackboot-clad National Socialists, but by the men and women that enabled their rise – the alienated, atomised masses. According to IndustryWeek, the outsourcing of American manufacturing to the global south has caused irrevocable damage to the US economy. The Economic Policy Institute recorded 5 million job losses through outsourcing since 1998. (Collins, Michael, ‘The Long-Term Problem with Outsourcing.’ IndustryWeek, 2021, https://www.industryweek.com/the-economy/competitiveness/article/21155621/the-longterm-problem-of-outsourcing) As blue-collar workers have been unable to keep up with the abandonment of domestic industry and the greater demand for white-collar work, they have been reduced to refuse, surplus masses. (Bettis, Richard A., et al. ‘Outsourcing and Industrial Decline.’ The Executive, vol. 6, no. 1, 1992, p. 7–22)

Likewise, the increasingly intrusive policies of surveillance following September 11th, 2001, have whipped the American population into a frenzy of mistrust and disaffection towards the US government. Policies like the Patriot Act, which pry into the personal information of any apparent security risks, have constructed a digital panopticon against the citizenry of the US. (Jaeger, Paul T., et al. ‘The USA PATRIOT Act, the Foreign Intelligence Surveillance Act, and Information Policy Research in Libraries: Issues, Impacts, and Questions for Libraries and Researchers.’ The Library Quarterly: Information, Community, Policy, vol. 74, no. 2, 2004, p. 99–121.) All the while, these policies have cultivated fears of stateless aliens and ‘subversives’, notably Muslims, whose religion, much like the German Jews, transcends national boundaries. Out of these conditions, one begins to understand why a substantial body of largely financially marginalised American citizens were willing to take up arms and overturn a democratic election—and all in the name of a multi-millionaire demagogue. (PARMAR, INDERJEET. ‘Trump’s Coup and Insurrection: Biden’s Challenge and Opportunity.’ Insight Turkey, vol. 23, no. 1, 2021, pp. 35–50)

These certainly are precarious times in which we live, and we must tread lightly if we are to overcome them. However, if history teaches us anything, it is that there are never fixed conclusions and the future is not fate. Nevertheless, as Italian scholar Antonio Gramsci once said, ‘The old world is dying, and the new struggles to be born: now is the time for monsters’.

Why the Americans are Bad at Geography?