NYC Shooter Surrendered to the Police 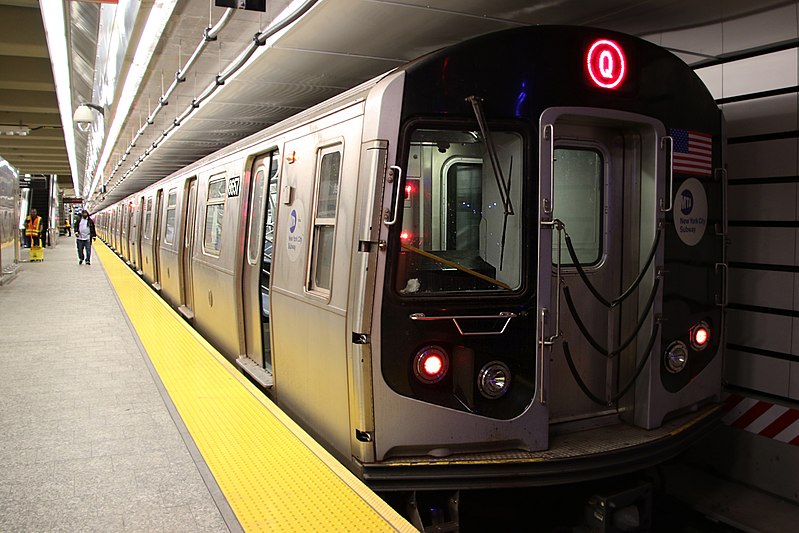 Another New York City subway shooting occurred on Sunday, May 22, 2022, on a “Q” train where a man opened fire, killing a rider as the train moved over the Manhattan bridge. The suspect is Andrew Abdullah, he's charged with murder for killing 48-year-old Daniel Enriquez. The killer remained on the loose for nearly 48 hours until sources say he surrendered to the police and is in custody.

Officials describe this as a harrowing, unprovoked act of daylight violence. There was no prior contact between the two men. Enrique was a Goldman Sachs employee on his way to Sunday brunch when the suspect paced back and forth in the train’s last cart before shooting him without being provoked around 11:45 am.

Multiple law enforcement sources identified that Abdullah is in his 20s and has had 11 prior arrests and an open gun case in Harlem.

Police sources say the suspect handed the alleged murder weapon off to a homeless man outside the subway station as he fled. Cops then questioned the man, who said he does not know the shooter and randomly was handed the gun.

Enriquez was very close to the shooter when shot in the torso, and he was unfortunately pronounced dead at a hospital.

Daniel Enriquez was a guitar player who spoke multiple languages and lived on St. John’s place. His Goldman Sachs employees described him as a “dedicated and beloved colleague.” In a NbcNewyork article, Goldman Sach’s CEO, David Solomon said, “We are devastated by this senseless tragedy, and our deepest sympathies are with Dan’s family at this difficult time.”

He lived in Park Slope for 18 years with his partner Adam Pollock, and Enriquez never took the train but wanted to avoid a rise in ride-share prices.

His sister Griselda Vile had much to say. In her brother’s last moments, she explained to NBC New York that everybody on the train left when the shooter shot her brother because they were scared they would be next. For her, New York used to be if something happened, they would take care of you and would come and help you, but there were no helpers.

She said, “I think that repeating the statement that 'the city is safe,' that 'the subways are safe,' you can't fool New Yorkers. We're locals. If you step outside and people watch in your own neighborhood, you can see crimes occurring.”

This unprovoked shooting comes last month after a man opened fire inside a Brooklyn subway train during a morning rush, wounding 10 people. The alleged shooter faces terrorism and other charges. Many New Yorkers are tired of the shootings, the attacks, the shoves, and the crimes. They are on edge and question if the subway system is safe anymore.

MTA CEO and Chairman Janno Lieber acknowledged as much this past Monday to NBC New York. Lieber himself has ridden the Q line for 25 years, and his kids regularly use the train. He said, “New Yorkers are tough, and they demonstrated again and again during the pandemic that they’re trying to resume their normal lives, but they can't resume normal life if just getting around is frightening," Lieber said. "For so many New Yorkers, the transit system is the only way to get around and to live their normal lives. You can't do that if you're scared to get up and go to brunch and most New York activities on a Sunday, for fear of being attacked.”