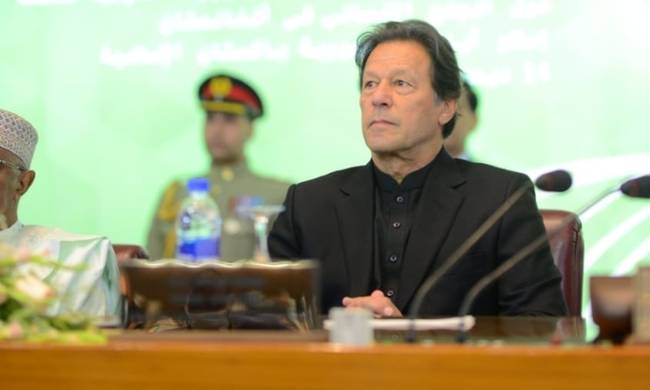 The 17th summit of the Organisation of Islamic Cooperation (OIC) was hosted in Islamabad to discuss the Afghanistan crisis. Its prominent ally and staunch supporter Pakistan’s Prime Minister Imran Khan releases an astonishing statement in favour of the Taliban’s ban on girls' education, justifying it under “tribal customs.”

The recent OIC session held on Sunday witnessed a global storm towards Khan taking a dig at Afghanistan’s tribal culture. He comments, “Girls education is not a part of Afghan culture” and “we must be sensitive towards their cultural norm.” He further defends the Pashtun rural culture through an example of Khyber-Pakhtunkhwa, where he affirms that locals will not give access to education to their girls even if we provide a stipend, as their culture stands in juxtaposition to it.

The session included other 56 member states who assembled to establish humanitarian trust funds to assist the escalating Afghanistan crisis. However, the global meeting became the platform of debate globally. While some Pakistanis applauded Khan for putting Pakistan and Islam first, a lot bashed him for shaming Afghan culture.

With the Taliban capturing Afghanistan earlier this year, it released a decree on women's rights. A month back that did not mention the right to girls’ schooling or access to workplaces for women. It severely failed to uphold the primary freedom rights of women- access to education and workplaces that resulted in them being restrained to their homes. Since then, the Taliban has witnessed global pressure to support women's rights. Many international communities like World Bank, IMF, and EU froze funds for Afghanistan since the military coup took over the nation's regime.

The condition worsened when the Taliban further scraped the ways to bring changes to upscale the position of women by abolishing the Ministry of Women Affairs. Since sweeping to power, it rolled back rules governing marriage and property for women, which permits widow remarriage and restrain forceful marriages, leaving them bare to violence.

Besides, a new mandate was enforced to wear abaya or burqa for women attending universities. Other rules imposed include- women will only be taught by women, the co-ed classrooms will separate men and women, both men and women will use different entrances and exits to avoid any interaction. Moreover, not only the young girls are bound to stay home from school, but women got banned from acting on television.

Bringing the Afghanistan crisis to forth light in the OIC summit 2021, Imran Khan points out the immediate steps to be taken considering the pre-conditions set by the international institutions to release frozen funds and foreign reserves in the wake of Humanitarian crisis, to sustain the lives of the people of Afghan. International funding to Afghanistan got suspended since mid-August immediately after the Taliban imposed its power on the centre. The lack of funding has collapsed the economy of the country, increasing the poverty level while global aid groups indicate a looming humanitarian catastrophe.

Addressing the session, Khan speaks in defence of the three pre-conditions set out to eliminate frozen funds. He mentioned pre-conditions on the Taliban to guarantee humanitarian and women's rights. Along with restricting any flow of terrorism from Afghanistan should be reconsidered sensitively. It is significant to keep in mind the devastating condition of the nation. He told that earlier in a meet with the Taliban’s finance minister, he agreed to comply with the three conditions but presume states to be sensitive to their cultural customs.

He adds, "It is important to understand that the idea of human rights and women rights is different in every society". He talked about the difference between the rural and urban cultures and how their cultural norms differ. He emphasized understanding how human rights are associated with the cultural background of the respective society, and women's education is not a part of Afghan culture. Briefly, if we won’t be sensitive to cultural norms, even if stipends are provided, girls will not be permitted to attend school.

The justification did not go down well with the people across the globe, especially Afghans. In the worsening situation, where women have been protesting for months to get their rights, Khan’s justification not only served as bondage to women’s freedom but he also normalized scraping their rights in the name of culture, customs, and laws. Many people took over to social media and expressed their grief at the disrespectful statements regarding Afghanistan’s culture.

Why is Pakistan concerned?

The former Afghan leader Hamid Karzai once called the two countries inseparable brothers. They share a boundary of 2,570km, along with various cultural, religious, and ethnic relations. Afghanistan is also a significant strategic and trading partner of Pakistan. History has witnessed many cross-border attacks between them. The new government can prove to be of huge interest to the nation. Khan’s appeal for immediate economic aid suggests the underlying benefit of the nation to crack down threatening groups like Al Qaeda and ISIS-K. He, therefore, said, to settle peace and avoid the flow of terrorism, it is significant to stabilize the government of Afghan, or the growing chaos can lead to an increase in international terrorism.

He further expressed his concern over the refugee crisis. Pakistan is already home to around three million Afghan refugees, and it is incapable of supporting any more of them. Therefore, it is of prime importance to make the economy of Afghanistan sustainable to avoid its adverse effect on poor countries like Pakistan, which are already trying to build back from the negative impact of the pandemic.

The situation in Afghanistan is very grave. The government of the country is oppressive and misogynistic. With various examples, we can see how women's and girls' futures are being endangered and are being forced to lead a life of submission. It is vital to make sure such a government is not allowed to run the country, doing so will only endanger and oppress more women.