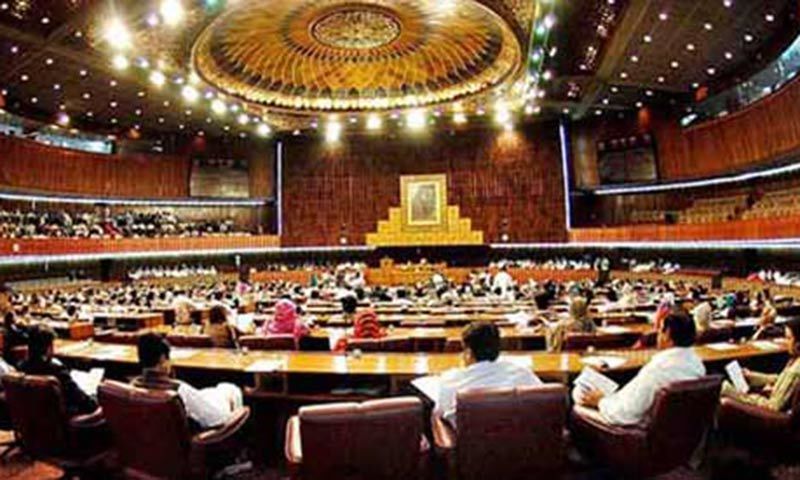 A government of the people, by the people, and for the people - the essence of democracy has been lost from Pakistan's constitution for decades. While claiming to be a democratic power, the issue remains where Pakistan is haunted in its democratic faith by the Doctrine of Necessity alongside a very poor separation of powers. However, with the Supreme Court decision taken to bury the doctrine of Necessity and the Parliament following through with ousting Imran Khan as the Prime Minister of Pakistan, there seems to be a glimmer of hope resurfacing for Pakistani democracy.

For some, Khan’s dismissal is a dark day in Pakistani Politics. For others, it is the end of a dark time. But within the political fiasco, it is crucial to understand where this leaves the Pakistani constitution and the faith in the institutions that may have been restored. The skepticism arose when the court began deciding its verdict generations of Pakistanis have been disappointed at the hands of the court as they cannot uphold the constitution. The same goes for the parliament. It became a reason why the verdict came as a landmark judgment, putting the Doctrine of Necessity underground. Underpinning the constitution has been a pattern we have seen prevailing in Pakistani judicial history for a long time. Whether it be the Ghulam Muhammad’s dismissal of the constitution in 1954, where Justice Munir overruled the chief court verdict, or the military coup of 1999 bringing Perves Musharraf into power, the judiciary took a big step in putting the constitution above the unjustifiable dismissal of the national assembly.

The Doctrine of Necessity refers to extra-constitutional actions taken by the administrative power to restore order or gain under the pretext of stability. This doctrine is used as a tool to violate the constitution. Under the Doctrine of Necessity, it is deemed constitutional. The violation of this has led to their loss of constitutional value and loss of faith in the system since governing power establishes itself as being above the law. The heavily criticized doctrine goes hand in hand with the doctrine of separation of powers. Both are integral to a cohesive democratic system working for success. Trias Politica provides guidelines for the government depends on three independent branches, the executive, legislative and judicial, to act in complete independence from one another to ensure an effective government. This separation of power allows a sense of responsibility and checks how well each body performs. This background is necessary to understand when we view the recent decision by the judiciary, to continue with the vote of no confidence in the Pakistani National Assembly and dismiss the assembly as being unlawful. This decision shows that no one is above the constitution and has provided adequate guidelines for the voting procedure that is to take place. Where the Parliament failed, the judiciary was able to step in and ensure the effective working of the independent bodies. Therefore, there was an adequate check placed on the independent bodies to work, and when it failed other bodies remedied the situation.

Ideally, the matter was to handle within, and the dismissal of the assembly should not have taken place after the vote of no-confidence was placed, but regardless it was catered. With this intact, the constitution of Pakistan won, something citizens had not seen effective in the past.

The constitution provides for the consequences faced by those elected as a government for their abilities. It is the constitution that provides for justice to all other prime ministers in the country when they were questioned about their integrity and ability to lead the country. Nawaz Sharif's dismissal and removal from being part of parliament, following the Panama Paper Leak or Benazir Bhutto and or Shaukat Aziz facing the vote of no confidence were the motion due to the constitutional regulations being intact and followed.

When the sanctity of the constitution is protected, the consequences faced by those who disobey it or put themselves above the law will be delivered justly. While some may argue this to be a win or loss for Pakistan with Khan being ousted, it is a win for the constitution. Many questions remain unanswered, and many will look to the judiciary to continue this scrutiny to prevent the constitution from being broken again by other parties to come.