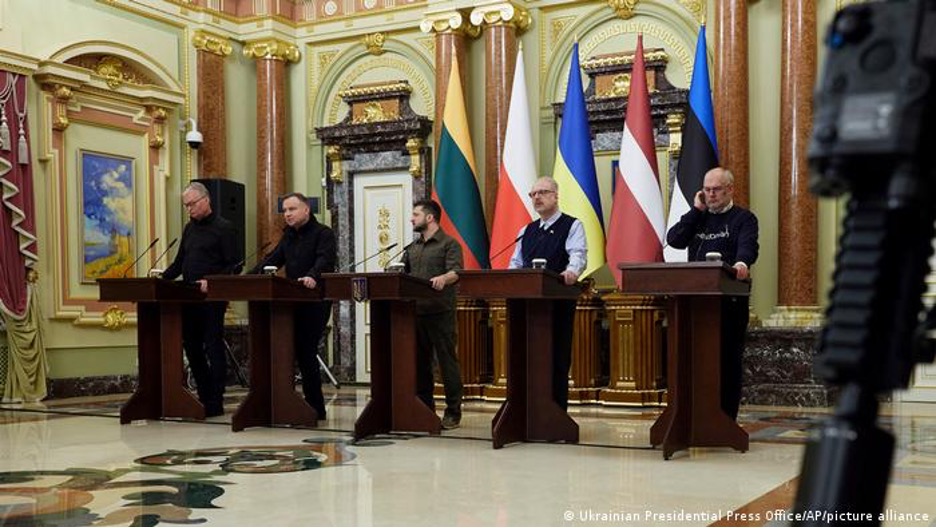 This Thursday, April 14, the presidential representatives of Poland, Estonia, Lithuania, and Latvia met after visiting Kyiv, where they met with their Ukrainian counterparts and called for the necessary justice measures in the face of the crimes of the war carried out in Ukraine debating its independence from Russia.

The already mentioned presidents involved in this activity of struggle for justice, upon returning from their first official trip as Heads of State declared that this visit is a symbol of support for the Ukrainian nation from their “neighboring countries, not only literally, but we also share a common history” referring to the warlike times that these nations have lived through throughout history.

It was also planned that the president of Germany, Frank-Walter Steinmeier, would join this trip; however, he indicated that his Ukrainian counterpart, Volodimir Zelensky, did not want a visit from him.

For his part, the Polish president, Andrzej Duda, urged the competent entities to provide international economic aid for Ukraine, emphasizing that in his opinion this financial support for Ukraine "for its reconstruction" is necessary and that those who should support the situation must be presented at the height of the problem.

Likewise, the president of Latvia, Egils Levites, indicated after seeing with his own eyes the consequences of this struggle have been in the Ukrainian territory, he did not doubt the immediate need for an international court to intervene to "punish the responsible".