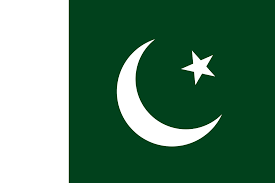 In Pakistan, a major political crisis has been going on for weeks, culminating in the presentation of a motion of no confidence against former Prime Minister Imran Khan in recent days. Last weekend, Khan attempted to dissolve parliament and call for new elections in a move that Pakistan’s Supreme Court ruled illegal on Thursday.

The current crisis is linked to the figure of the former Prime Minister, both to his political failures (or perceived as such), and to the loss of support of the Pakistani army, a powerful and influential player in the political life of the country.

Imran Khan was elected with the nationalist and populist Justice Movement of Pakistan, after promising, among other things, to fight corruption, and poverty and revive the economy that's already in great turmoil. Things did not go as he had hoped; the economy remained in great difficulty, with inflation levels among the highest of the countries of the same region, the level of unemployment, which initially dropped, increased, and Khan did not seem to have achieved good results even in the fight against corruption. He then gradually lost political support; there were protests and his popularity declined.

Things got complicated by the loss of the support of the army. In Pakistan, the army has a very strong political influence, especially with regard to security and foreign policy. Its support is crucial for the government.

The loss of Khan’s support had led some members of his own party to vote in favour of the motion of no confidence presented in parliament. Khan had reacted by saying that he was a "victim of an American plot", referring in particular to a private exchange between an official of the American government and Pakistan's Ambassador to the United States, Asad Majeed Khan.

On this basis, the Vice-president of Parliament, Qasim Suri, of the same party as Khan, had blocked the vote. Suri had quoted "foreign interference" in the domestic politics of the country and said that the vote would be unconstitutional because it violated Article 5 of the Pakistan Constitution, which says that loyalty to the state is a duty of every citizen. Soon after, Khan had asked Pakistani President Arif Alvi to dissolve Parliament and call early elections, which the president had done.

The Supreme Court then reversed these decisions. So, the Pakistan Parliament have voted on the confidence of the government that Khan has tried in every way to avoid. On 9 April, after a vote of no confidence in the parliament, the Pakistani Prime Minister was dismissed from office; the vote saw 174 deputies in favour of his dismissal, two more than the simple majority of the assembly of 342 seats. Pakistan is now knee-deep in greater political chaos.