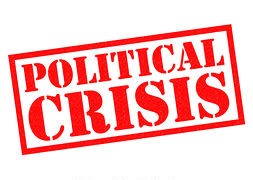 Pakistan has spent half its life threatened by political uncertainty, resulting in a constant crisis. The ruling elite repeatedly delayed reforms that could transform the country and help with economic uncertainty, which complicated its growth. It made the people miserable, only to save their political hold over the country.

Over this transition, opposition leader Imran Khan rejected this regime change and called it a "foreign conspiracy." He aimed to solidify his party's support among the general public. Therefore, he decided to stand in front of his people, the Pakistani awam, for justice. He took to the streets, campaigning for his vision of democracy and raising awareness about the regime change conspiracy. In an exclusive interview with ARY News, Pakistan Tehreek-e-Insaf (PTI) Chairman and Former Prime Minister Imran Khan said, "The regime change will be reversed after the organization of free and fair elections in the country."

On the other hand, the new government enjoys the mandate despite allegations of conspiracy. It is dubbed an "imported government" by the opposition party. Following the claims of the letter made by the opposition, PM Shahbaaz Shareef, in his first speech after becoming Prime Minister, termed the letter claim "a drama" and "an effort to fool the nation." He added that he would resign within no time; if proved of any claim of a foreign conspiracy.

Before the election for the new Prime Minister, Mr. Khan declared that his party would not continue to sit in parliament. Henceforth, all the elected members of PTI resigned from the national assembly.

After accepting the resignations of 11 PTI MNAs by the Speaker of the National Assembly, PTI contested the by-elections for the vacant seats. The PTI chairman announced himself as a candidate for the nine NA seats after the Election Commission of Pakistan (ECP) announced the schedule for by-elections on nine general seats of the National Assembly. It would build maximum pressure on the coalition government. PTI began campaigning for the elections, holding rallies and Jalsa in various cities across Pakistan. It is a way to show their political power to the government.

Recently in a Jalsa, Mr. Khan requested the coalition government to announce immediate polls within two weeks. Otherwise, the party would launch a final countrywide protest, the only solution for creating genuine and ideal democracy in the country. However, PTI Senior Vice President Fawad Chaudhry declared that the party would not withdraw from the struggle for "real independence." Also, the government must announce the elections, or PTI will hold a nationwide protest within two weeks.

The ongoing battle between PDM and PTI resulted in upheaval on the political ground and hit the economy badly. Foreign relations were also affected by the uncertainty that erupted in the country. As a result, foreign investments halted, and the rupee continued to lose ground against the dollar. Finance Minister Miftah Ismail blamed political turmoil for the downturn of the rupee. As reported by DAWN, Mr. Ismail told Reuters, "The panic in the market is primarily due to political turmoil, which will subside in a few days." However, he expected pressure on the rupee to fall in the next few days.

Currently, the country is encountering many challenges, including the structural crisis of the economy, erosion of the state's institutional capacity, the education deficit, unrestrained population growth, environmental degradation, growing intolerance in society, and security challenges. Thus, the country cannot afford any power struggle or political turmoil and must address such issues.

The long tale of Pakistan's history told the consequences of the interplay between politics and the economy. The dysfunctional politics and fiscally irresponsible economic policies are responsible for the current crisis in Pakistan. At this point, the only way to overcome these crises is for the political leaders to set aside their differences, focus on building the country, and uphold the challenges along the way. Instead of seeking short-term solutions, they should provide a road map for the country.

We hope for a bright and prosperous future for Pakistan. We believe that political leaders consider these crises and take steps toward solving these issues.