Pope francesco on the ukraine war “PUTIN WILL NOT STOP” 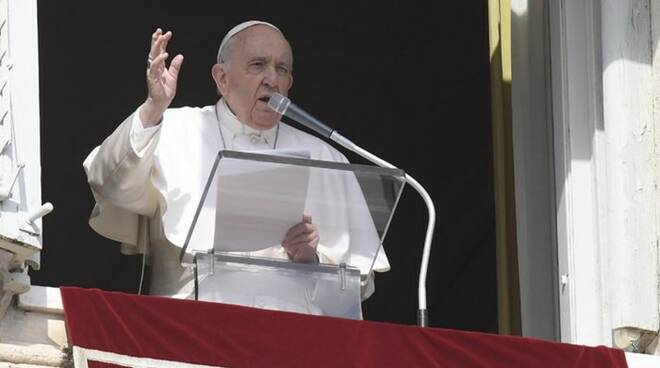 It's already the 72nd day of the war in Ukraine, and the situation does not seem to get any better. Instead, deteriorations are about to happen; as of May 9, the victory day for Russia is getting closer.

WHAT IS THE CURRENT SITUATION

For days, the most important Ukrainian cities have been the target of atrocious bombings that kill civilians and are destroying a thousand-year-old heritage. In short, the tragic unraveling of peace arrived before we knew it.

While most countries are trying their best to sustain Ukraine and stop this offensive, The Russian president will not put this to an end anytime soon, and the devastation is far from over.

The magnitude of the Russian invasion, which included bombardment of significant towns such as Kyiv, the capital, and Kharkiv, in the east, revealed Russian President Vladimir Putin's bigger goals: Taking control of Ukraine to alter the government. Despite having a significantly larger force than Ukraine, Russia's sometimes perplexing strategic decisions and logistical failures, along with Ukraine's tenacity, have stalled its advance.

WHAT HAVE THE WESTERN COUNTRIES DONE SO FAR

Following Russia's invasion of Ukraine, the US and its allies slapped unprecedented sanctions and other punishments on Russia.

As this struggle became presented in Washington and European capitals as a fight between autocracy and democracy, Ukraine's defiance in the face of Russian aggression pushed Western leaders to take more strong measures.

Sanctions against Russia's central bank are among the most severe. This was done by the United States and the European Union to prevent Russia from utilizing its vast foreign reserves to prop up its currency, the ruble, and impair its capacity to pay for the Ukraine conflict.

Apart from Europe, South Korea and Japan have ratified the sanctions. Sanctions have been levied on even neutral nations like Switzerland.

POPE'S STATEMENT ON THE WAR

In each of his meetings, Pope Francis never distracts attention from the war that is bleeding Ukraine; he aims to promote humanitarian assistance to those who are suffering and in the continuous search for every opening to achieve peace or at least a truce that silences the weapons.

During the audience in the plenary session of the Pontifical Council for Christian Unity, the Pope affirms," This war, cruel and senseless like any war, has a greater dimension and threatens the whole world. We must ask ourselves: what have the Churches done, and what can they do."

Pope Francis is undeterred in his search for a path to peace.

He reaffirms this in an interview with a renowned newspaper outlining the mediation attempts undertaken since the conflict began. "On the first day of the battle, I contacted Ukrainian President Zelensky, but I did not call Putin."

In the interview, the Pope also reiterates that he is not going to Kyiv. "I sent Cardinal Michael Czerny and Cardinal Konrad Krajewski (the Pope's almsgiver), who went there for the fourth time. But I feel I don't have to go. First I have to go to Moscow. First, I have to meet Putin.

Those who unleash "the madness of war" are the new "crucifiers of Christ." The anathema pronounced by Pope Francesco during his first celebration in St. Peter's Square since the beginning of the pandemic could not be more severe. A condemnation to which the Pope calls once again for peace.

Moreover, the Pope has a word for reporters, who keep on reporting the fight and every event that happened since the beginning of the conflict, despite the dangers and sufferings that might cause