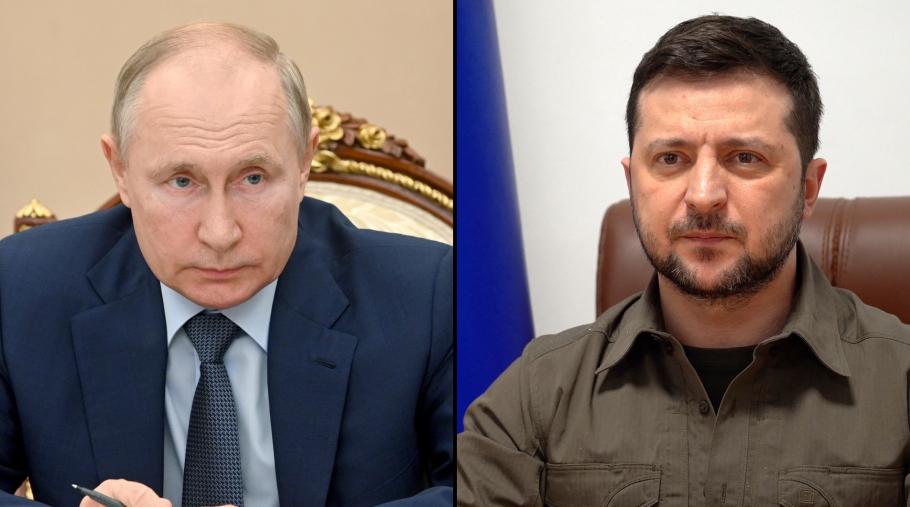 President Volodymyr Zelensky has signaled that Ukraine is preparing to put up a tough resistance to a large-scale Russian offensive in eastern Ukraine, he said on Sunday.

"We will not give up our territory," the Kyiv leader told CNN on Sunday, adding that fighting for the Donbas region could shape the outcome of the war as a whole, which means Ukraine must stand firm.

Volodymyr Zelensky said dialogue with Russia was important, but said it was difficult given the atrocities in Bukea and other parts of the country. "Our society does not want to continue talks with Russia," he said. The Ukrainian president added that what happened was a "great tragedy".

President Zelensky also renewed calls for the West to send more military equipment to the Ukrainian army as soon as possible.

The war has been going on for more than three months. In the current circumstances, there is no question of a rapid battle, in which the winner is the one who can capture the most territory in the shortest amount of time, but rather a war of endurance.

Such a conflict presupposes that the real confrontation would take place not in terms of military equipment, but in terms of resources to support this war.

Given its wealth and dictatorial stance, Russia has the potential to prolong the fight.

The problem arises on the part of Ukraine, as it appears to be supported by Western states, and its resources would be quite limited, in a single calculation. So the question remains: How long can Ukraine last?

And another burning question in the middle is: How much longer can Western countries support Ukraine's military efforts if Putin threatens to shut down Russian gas?

Zelensky continues to put pressure on the West, but the West is not yet ready to get fully involved. At the moment, large-scale geopolitical movements indicate a strong hesitation from the Western countries.

Putin's support for the Asian allies is declining, and this may lead him to take more drastic action against Western states.

The world economy is currently in a very dangerous balancing act. The European conflict is causing widespread problems throughout the world economy. This can lead to all sorts of new alliances from states that we used to see as allies. It all depends on how the market reacts. Until then, the world majority has condemned Putin for his act of war against Ukraine.

That being said, we don't really know what the future holds. What is certain is that atrocities continue to take place in Ukraine, and Russia will not stop committing these horrific acts too soon. The war, at the moment, is only about the endurance of every combatant.