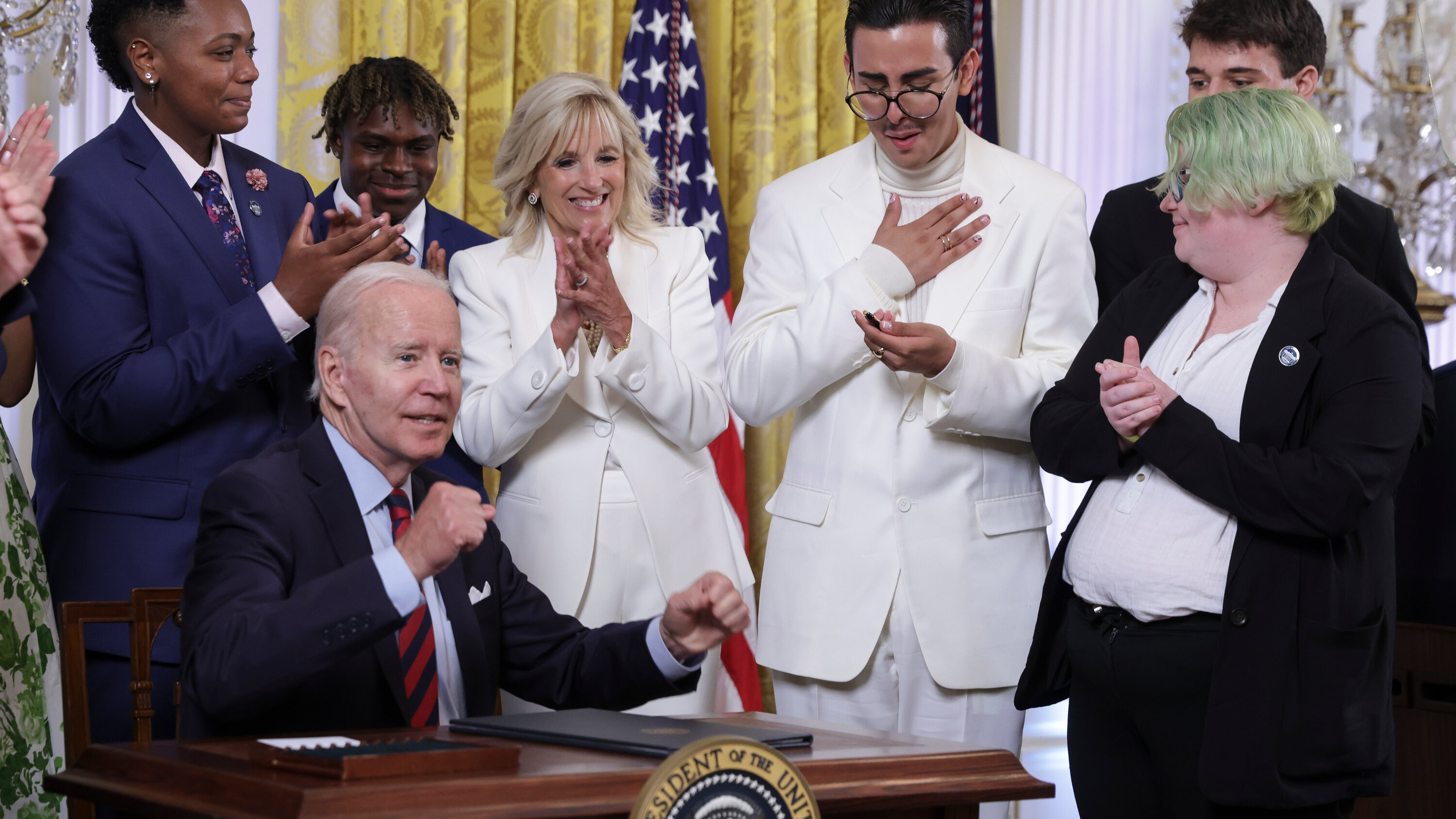 On Wednesday, President Joe Biden claims “Pride is back at the White House” while issuing an executive order to counter multiple legislative bills against the LGBTQ+ community by Republican-controlled states.

“Today, I'm about to sign an executive order that directs key federal agencies to protect our communities from those hateful attacks and advance equality for families," Mr Biden said. “My order will use the full force of the federal government to prevent inhumane practices of conversion therapy. This is the first time the federal government is aiming a coordinated response against this dangerous, discredited practice.”

This executive order comes after several anti-LGBTQ policies have been introduced into states in recent months.

“Three hundred discriminatory bills introduced in states across this country – in Texas, knocking on front doors to harass and investigate parents who are raising transgender children, in Florida, going after Mickey Mouse for God’s sake,” Biden said.

The letter sent to the agency defines “elective procedures for gender transitioning, including reassignment surgeries that can cause sterilization, mastectomies, removals of otherwise healthy body parts, and administration of puberty-blocking drugs or supraphysiologic doses of testosterone or estrogen” as child abuse.

All licensed professionals who directly interact with children who may be subject to these procedures could face criminal penalties for not reporting it to the authorities, Abbott noted in his letter. Similar reporting requirements and criminal penalties were set for members of the general public.

In March, Ron Desantis, Florida’s Republican governor, signed the controversial "Parental Rights in Education" bill, dubbed by his opponents as the “Don’t Say Gay” law, which prohibits public school teachers in Florida to hold classroom instruction on sexual orientation and gender identity for students in kindergarten through third grade.

In Arizona, The House of Representatives passed a bill to ban transgender female athletes from participating in girls' school sports.

By April, at least 20 states had introduced similar legislation, along with hundreds of bills introduced in states targeting transgender youth.

Amid these threats, Biden’s administration has reinforced action towards inclusivity and protection, as promised when the president first addressed Congress. The president promised to take bold actions and continue to fight for full equality for every American.