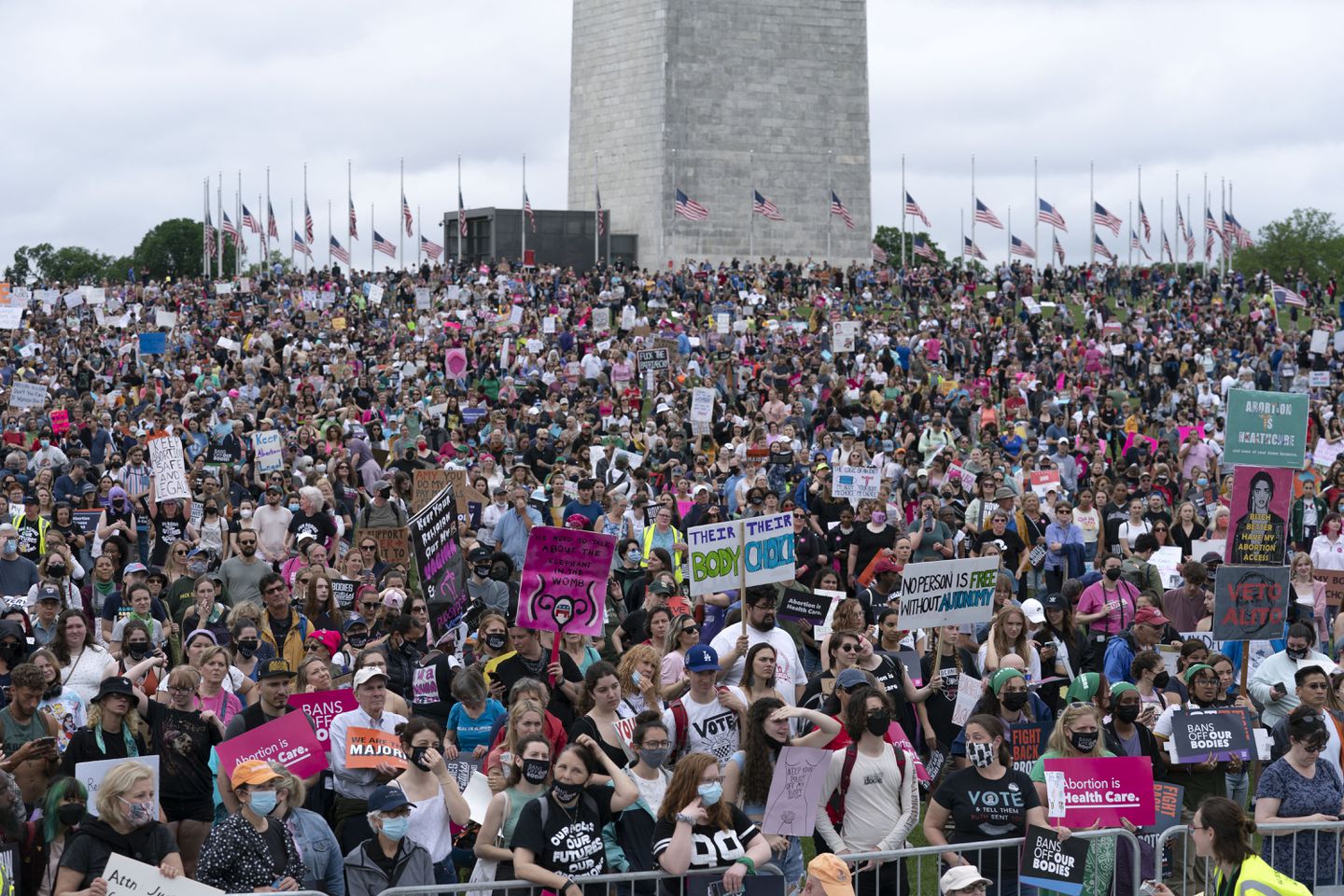 Tens of thousands of protestors from across the United States marched in cities across the country on Saturday to protest the leaked Supreme Court decision that would overturn the landmark Roe v. Wade case that protects the right to abortion for all Americans. One of the largest rallies, DC Bans Off Our Bodies, was a rally chaired by multiple pro-abortion and progressive organizations which drew hundreds of protestors, ourselves included. As protestors descended upon the National Mall and gathered around the Washington Monument, female speakers from across the country spoke about the varying consequences and risks that the overturn of Roe v. Wade could have not only on women but on Americans of all ages, genders, and sexualities.

Chants arose of “My body, my choice!” as pro-abortion protestors challenged pro-life counter-protestors who had turned out at the rally. Speakers at the event included Congresswoman Barbara Lee (D-California) and DC Council Member Janeese Lewis George. Speaking to the crowd of protestors, George exclaimed, “DC has a long history of being a pro-choice city. We believe in a woman’s right to choose. We believe abortion is healthcare.” The message of states keeping access to abortion and allowing women’s rights was a central theme of the rally as protestors marched towards the Supreme Court where they were met by pro-life activists, particularly from the group Students for Life America. Although verbal accusations were made between the two sides, nothing was surmised from police intervention.

Generally, as tensions continue to rise, there is a great amount of interest in the topic of abortion rights in both media and celebrity fare. For example, multiple celebrities have signed onto a pact established by pro-abortion organization Planned Parenthood to back universal abortion rights across the United States. Additionally, social media activism has led to countless acts of action on both sides of the controversy, leading to a timid situation in the American consciousness.