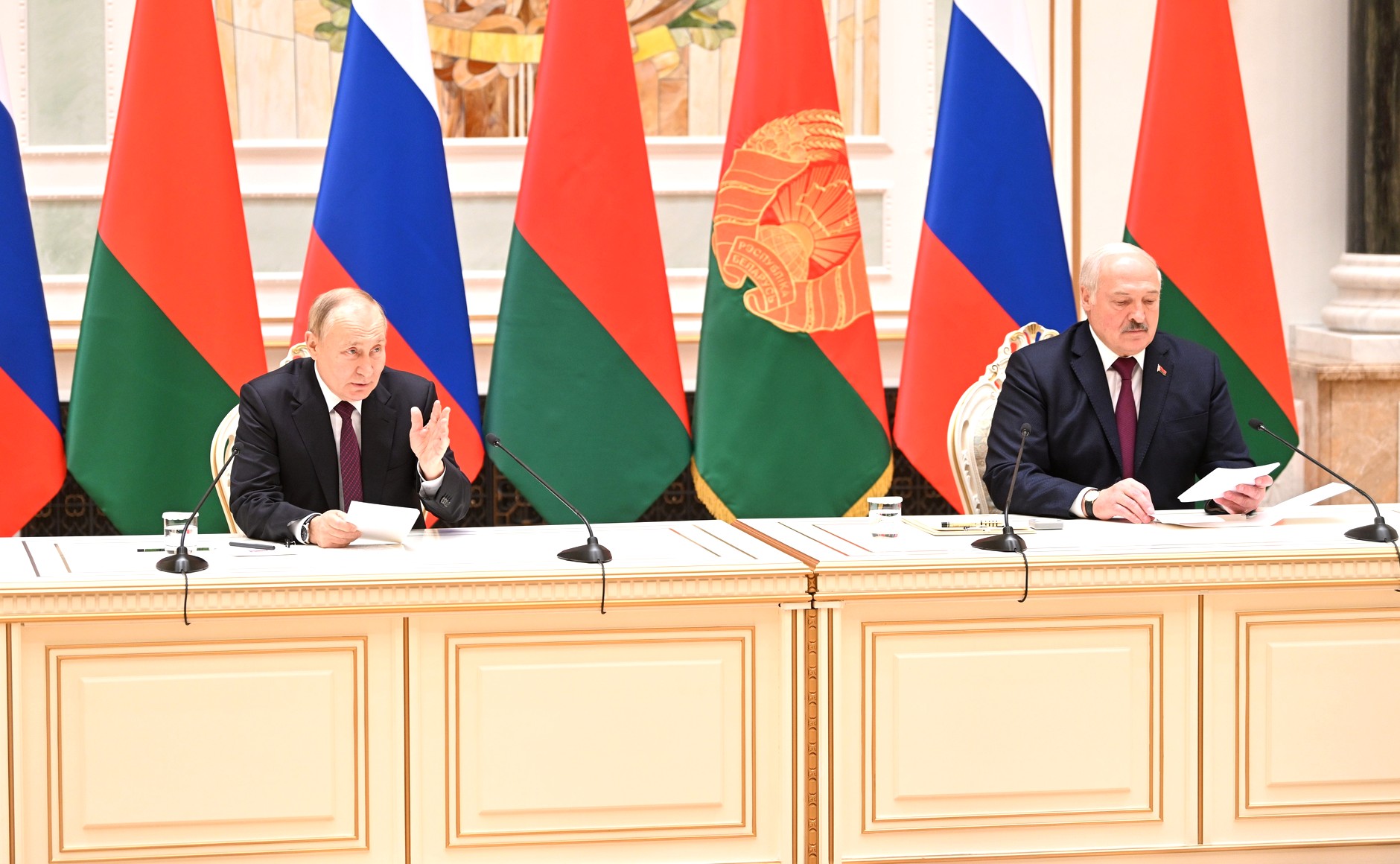 On Monday, December 19, Russian President Vladimir Putin visited Belarusian leader Alexander Lukashenko in Minsk to discuss military cooperation. The meeting comes almost 10 months after Russia’s invasion of Ukraine in February, and many now fear that Belarus will join a ground invasion of Ukraine. Belarus borders both Russia and Ukraine, and its involvement in the war would open a second front to the conflict. 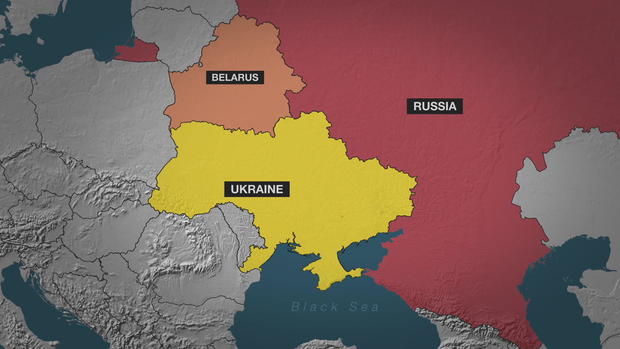 Putin and Lukashenko have long been close allies and the Minsk meeting further solidified their relationship. In a joint press conference following their discussions, Lukashenko called Putin his “older brother”  and Russia “his closest ally and strategic partner”. He said that Belarus could not protect its “independence alone”, and that “Russia can manage without us, but we can’t without Russia”.

“We agreed to take all necessary measures together to ensure the security of our two countries,” said Putin. He highlighted the prioritisation of training troops together, and the two leaders agreed to continue military drills along the Belarusian border that have raised alarms in Ukraine. This has contributed to the escalating fears of Belarusian involvement in the war. The joint deployment on the border was initially framed as a response to NATO provocations, sabotage, and Ukrainian plans to attack Belarus.

Discussions also arose regarding further military cooperation on ballistic missiles and nuclear-capable aircraft. Belarus is set to gain further assistance from Russia in training its troops and equipping its military with tactical missile systems and warplanes capable of carrying nuclear missiles. “You’ve made a decisive and important step towards Belarus’ security,” Lukashenko said, thanking Putin.

Despite the concerning rhetoric of the press conference, a lot of this was heavily downplayed and the topic of the Russo-Ukrainian was intentionally avoided. “It is not a threat to anyone,” said Lukashenko when discussing nuclear weaponry. Emphasis was placed on cooperation to mutually ensure the security of the two nations, rather than aggression.

There was little mention of Ukraine from the two leaders, and Kremlin spokesperson, Dmitry Peskov, denounced suggestions that Russia intended to push Belarus into the conflict as a “totally stupid and unfounded fabrication”. The private discussion and joint press conference of the two leaders were preceded by a wider meeting involving both countries’ foreign and defence ministers, among others.

Claims of a creeping Russian annexation of Belarus were also staunchly denied by the two leaders. “Russia has no interest in absorbing anyone,” said Putin, accusing these critiques of trying to stop Russia’s integration with Belarus. “It’s not a takeover, it’s a matter of policy alignment.” Some pointed out the irony behind these statements, given Russia’s intentions with Ukraine.

The persistent closeness between Belarus and Russia has been a product of geography, economic cooperation, and shared historical ties. Politically isolated from the west, each country serves as the other’s closest ally. Belarus relies heavily on Russia for loans and discounted oil. On the other hand, Belarus often plays the middleman between Europe and Russia, and one of Russia’s main pipelines to Europe runs through Belarus. Throughout the war, Belarus has also served as a launchpad for Russian troops and war jets to enter Ukraine.

Lukashenko is widely considered to be Putin’s Belarusian counterpart, each utilising authoritarian practices to govern their countries, ultimately isolating them from the west. Both leaders have retained power “democratically” since the late 90s. Putin has served as prime minister or president of Russia since 1999, Lukashenko since 1994 as Belarus’ only leader in its short history since independence in 1991.

Lukashenko is sometimes called “Europe’s last dictator” and he even substantiated such claims in a 2012 interview with Reuters, saying “I am the last and only dictator in Europe”. Since 2020, Lukashenko has begun a brutal crackdown on pro-democracy protests with large support from Russia, furthering his authoritarian leadership and alignment with Putin. Additionally, Lukashenko’s re-election that same year has not been recognised by the EU.

Regardless of the leaders’ downplaying, their meeting seemed designed to raise Ukrainian and Western fears, which it has succeeded in doing. Typically, Lukashenko will travel to Moscow in order to visit Putin, and the last time the two met in Minsk was in 2019 before the COVID pandemic.

In the wake of their latest meeting, Ukraine intends to tighten defences along its Belarusian border, according to Deputy Interior Minister Yevhen Yenin. “Protecting our border, both with Russia and Belarus is our constant priority,” Ukrainian president, Volodymyr Zelensky, said after meeting with top military command. “We are preparing for all possible defence scenarios.” However, some speculate that the escalation of fear may be a ruse to occupy Ukrainian troops up north in anticipation of a Belarusian offensive.

So far, Lukashenko has remained unwilling to commit Belarusian troops to the fighting in Ukraine. He has even subtly criticised the invasion, feeling the conflict to be “dragging on”. However, this meeting may signify a turning point in the leader’s attitude. Only time will tell if this proves to be the case.