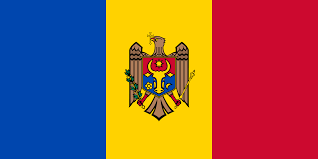 For the Moldovans, witnessing the Russian invasion of neighboring Ukraine brings painful memories of the conflict that involved the separatists supported by Moscow 30 years ago and raises fears that the country may become the next target of Russia. With the Russian attempt to conquer the entire coastal strip as far as Transnistria, the new phase of the war only increased the fear.

The instability at the border that the conflict could generate is nothing new. Western diplomats have invested an unusual amount of attention in Moldova in recent weeks. The country of 2.6 million people, one of the poorest in Europe, has welcomed EU foreign policy chief Josep Borrell and US Secretary of State Antony Blinken since February 24.

It became clear on February 24 that things had suddenly changed for Moldova. The security risks of Moldova are apparent. Less than 100 km east of Chisinau is the separatist region of Transnistria, supported by Russia, which declared itself independent in 1990 but is not recognized by anyone in the international community; Moscow still has a military base there and a supply of about 20,000 tons of ammunition in Kolbasna.

Chisinau always asked the Russian troops to leave, but he could never raise his voice that much. While the conflict over Transnistria has been frozen since 1992, the Russian aggression in Ukraine has revived painful memories of the fighting that caused hundreds of victims. Recently, on the 30th anniversary of the official start of the conflict, the Moldovan government and media paid tribute to the "heroes" who died in the war.

If Odesa, as it seems possible, becomes the watershed of the war in Ukraine, things are bad for Moldova. If, in the coming months, Russia occupies totally or partially the vast region around Odessa, the country will be very exposed.

Chisinau has already been the victim of what some observers have called "hybrid aggression" in Moscow, that is, a clean-cut in gas deliveries, as punishment for Moldova's approach to the European Union.

Moldova aims to join the European Union sooner or later, but the time is extended. Two weeks ago, the European Commissioner for Enlargement, Olivér Várhelyi, presented the questionnaire for EU membership to Foreign Minister Nicu Popescu on the sidelines of the Foreign Affairs Council in Luxembourg, after those already delivered to Ukraine. "A first step," commented Várhelyi. "We are ready to go very fast - he added -so the sooner you fill it out, the faster we will be able to provide the opinion" of the Commission to the European Council.