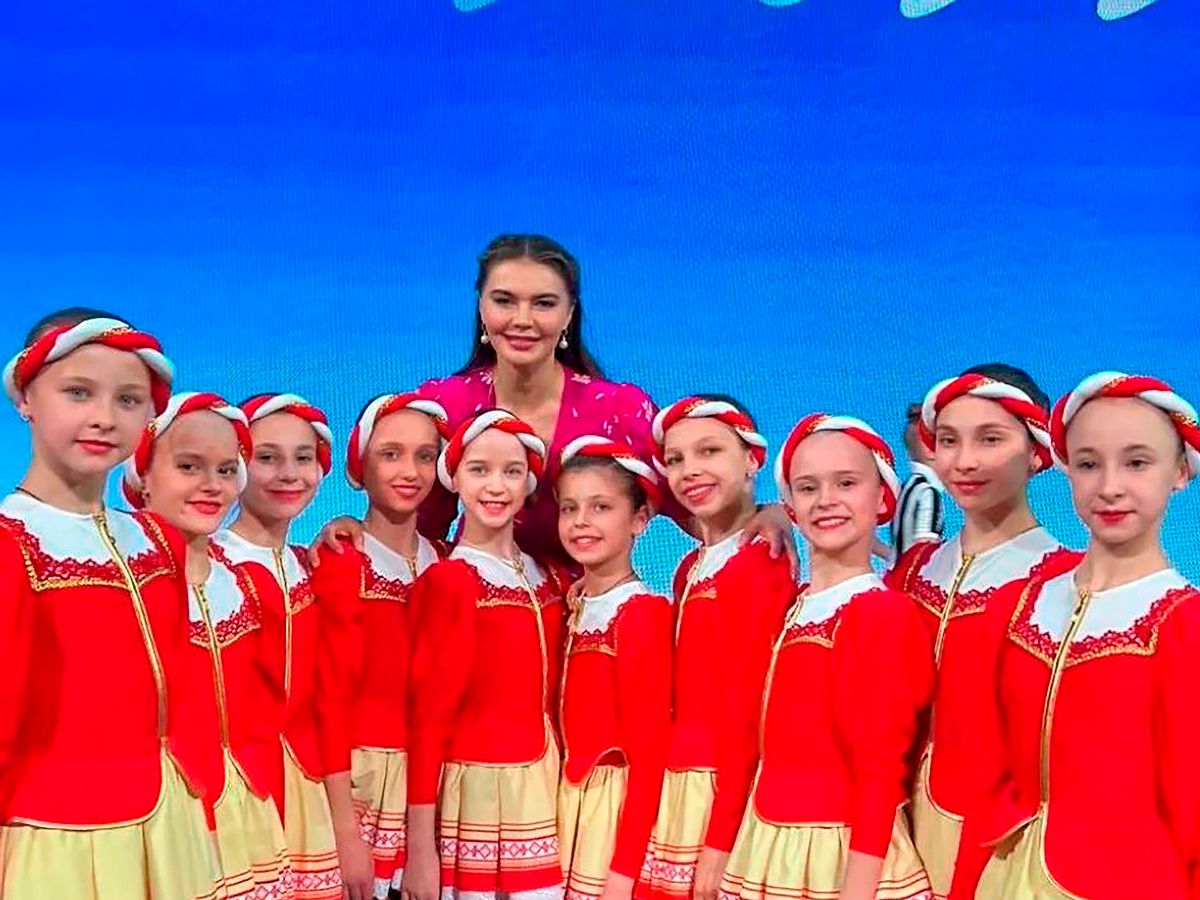 The woman believed to be Russian President Vladimir Putin’s girlfriend has resurfaced for the first time since Russia began its invasion of Ukraine.

Former individual rhythmic gymnast and Olympic Gold Medalist, Alina Kabaeva, 38, stepped out this past Saturday to lead her annual “Alina” Festival, a gymnastics exhibition named in her honor, at the VTB Arena in Moscow.

The sighting marked a rare public appearance for Kabaeva, who was reportedly hiding out in Switzerland amid the Russian invasion of Ukraine. The former rhythmic gymnast is also rumored to be the mother of at least three of the Russian President’s children.

According to multiple media outlets, this year’s “Alina” festival was extremely patriotic, featuring a performance from a Russian military choir and constant flashes of the infamous “Z” symbol, which has been viewed by many as a symbol of support for Russia’s invasion of Ukraine.

At the event, which is scheduled to be broadcast on May 8, Kabaeva, who will turn 39-years-old in May, delivered a rousing speech to the crowd in which she linked the Russian invasion of Ukraine to victory over the Nazis during World War II.

“Every family has a war-related story, and we must pass these stories to the next generations,” she said. Russian gymnastics would become stronger because of international isolation, she added: “We will only win from this.”

Russian analysts have concluded that the timing of the “Alina” Festival broadcast will coincide with Victory Day, which is May 9, and that Putin could potentially use the celebration to declare a “Russian Victory” in Ukraine.

Kabaeva’s rare public appearance comes as exclusive reporting from The Wall Street Journal revealed that the reason why US officials held off on imposing sanctions against the former rhythmic gymnast, was due to the measure being viewed as too drastic.

“The belief among U.S. officials debating the move is that sanctioning Ms. Kabaeva would be deemed so personal a blow to Mr. Putin that it could further escalate tensions between Russia and the U.S.” The Wall Street Journal article, which also noted that possible sanctions against Kavaeva could cause Putin to respond in an “aggressive way.”

Ever since the Russian invasion of Ukraine began this past February, the United States and its allies have imposed massive sanctions on the country, targeting Russian businesses, banks, bank transfers, exports, imports, and monetary exchanges. Sanctions were even imposed on individuals and government officials with close ties to Putin.

The article also revealed that The United States Treasury Department even went as far to prepare a sanctions package against Kabaeva, but the package was nixed at the eleventh hour by The National Security Council (NSA), whose signature is required prior to the announcement of sanctions packages.

The NSA made the last-minute decision to remove Kabaeva’s name from a list set to be announced. Traditionally, the United States’s Treasury and State departments work together in preparation of sanctions packages, incorporating intelligence, and other related information.

Despite rumors circulating for years about the alleged romantic relationship between Putin and Kabaeva, the Kremlin always denied the rumors being true. In 2008, the Russian newspaper Moskovsky Korrespondent reported that Putin planned to leave his longtime wife Lyudmila, for Kabaeva, with whom he was engaged to. The story was denied and the Moskovsky Korrespondent was shut down permanently two days after the story was published.

The Russian president would eventually divorce Lyudmila in 2014. With his ex-wife, he shares two daughters, Maria and Katerina.