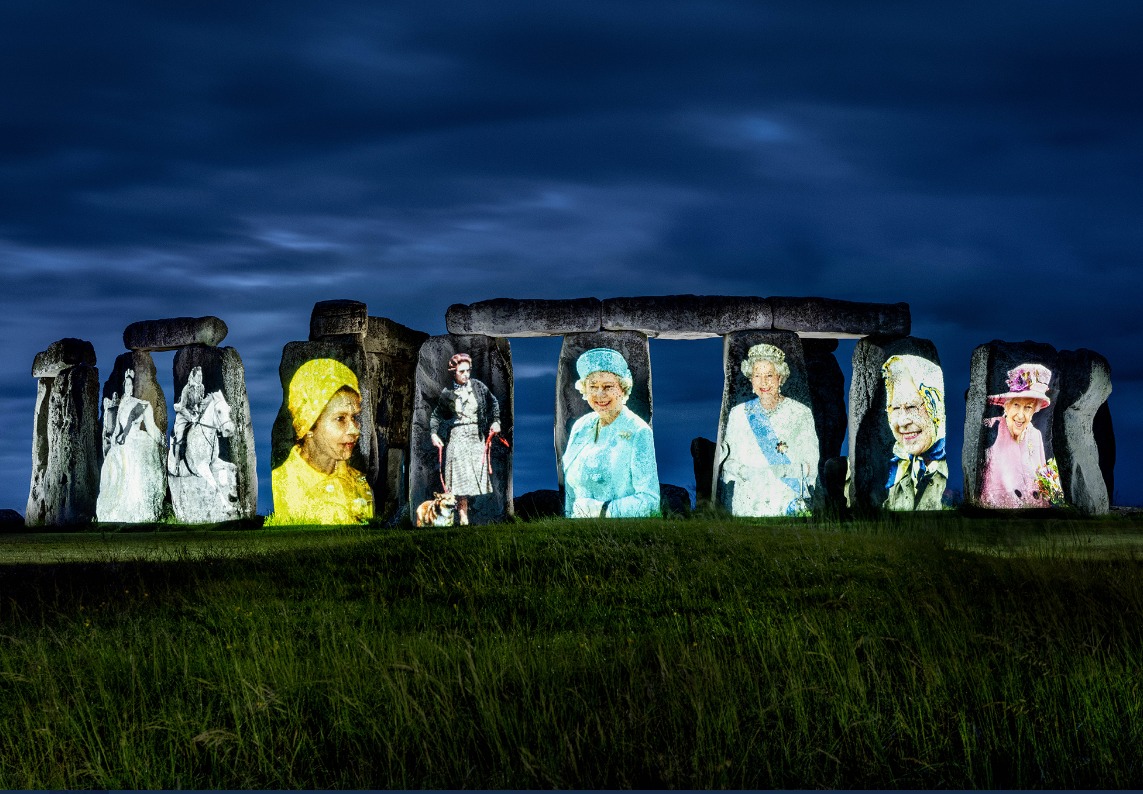 The images of Queen Elizabeth II were projected onto Stonehenge to celebrate her 70-year reign. English Heritage, which is a charity managing over 400 historic buildings, monuments, and sites in England including Stonehenge, announced in a tweet on May 30, 2022, that they brought two British icons together to mark the Platinum Jubilee celebrations on June 5. The official Twitter account of Stonehenge called the preparations to celebrate the Platinum Jubilee their “spellbinding homage to Her Majesty the Queen” on the same day.

Eight portraits of the Queen were projected onto the 5,000-year-old archaeological site in Wiltshire, England. Each photo was from a different decade of her reign. One was from her 1953 coronation, one riding a horse in the 1960s, one from a trip to Mexico in 1975, one walking her corgis in 1980 with more contemporary ones from 2017 at the Royal Windsor Horse Show and a visit at King’s College. English Heritage claims that they wanted to show different aspects of the Queen, namely her personality and interests.

The tweet that announced the projection has more than 7,000 replies, calling it “disgraceful”, “tacky”, “disrespectful” and “a sacrilege”.

According to archaeologists, Stonehenge was constructed from 3000 BC to 2000 BC by a culture that left no written records. The process of its construction and its function is still a subject of debate. The monument is made off of lined-up vertical sarsen stones topped by connecting horizontal lintel stones with an inside ring of smaller bluestones. It is aligned towards the sunrise on the summer solstice which happens every year on June 21.

Some theories argue that it was an astronomical observatory to observe the sun and the moon over a recurring 56-year cycle. While others say that it was a burial and ancestral worship site or a sacred place for healing and rituals. During the twentieth century, the site revived as a place of religious significance for Neopaganism, New Age beliefs, and particularly Neo-druids. Today, Stonehenge is a significant UNESCO world heritage site.

The sacrilege towards an ages-old monument like the Stonehenge triggered a huge backlash towards the celebrations of the jubilee as well as the institution of monarchy.

Most of the commenters were upset about the monument becoming a billboard for celebration and being used as a screen solely for political propaganda while disrespecting its purpose and historical significance. Others were saying the message is that monarchy belongs to the stone age and it is the worst possible move in the context of the economic crisis which the country is currently going through. 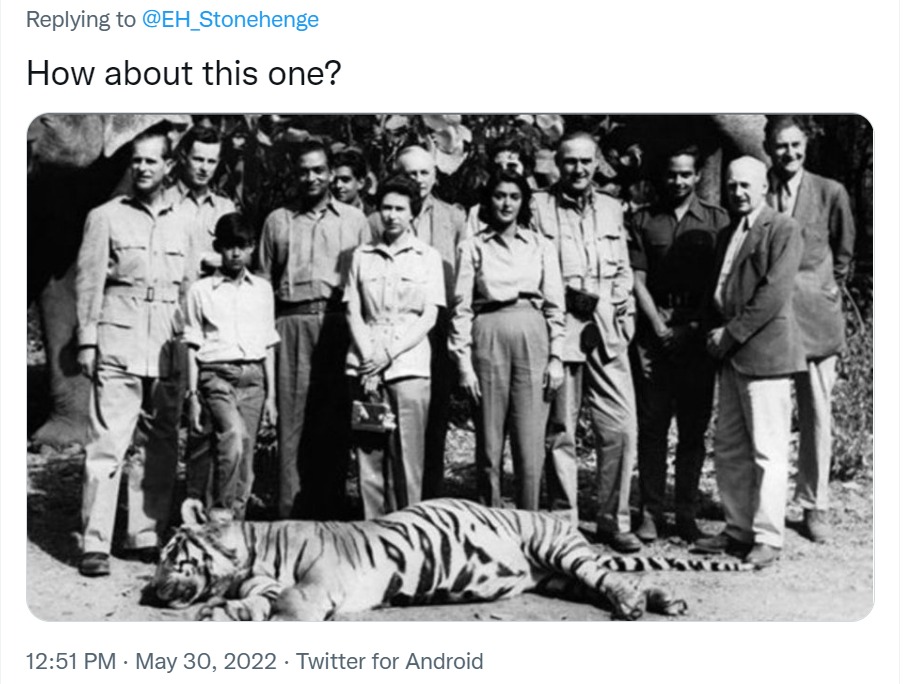 People were also sharing alternative photos that demonstrate the personality and interests of the Queen, such as the one she posed with a tiger shot by Prince Philip on their tour of India in the 1960s, while others commented underneath the tweet about the almost extinction of the species due to the practices of the British. It is no surprise that this Stonehenge incident is bringing up the colonialist past of the monarchy to the light since this can also be interpreted as a colonialist practice of appropriation.