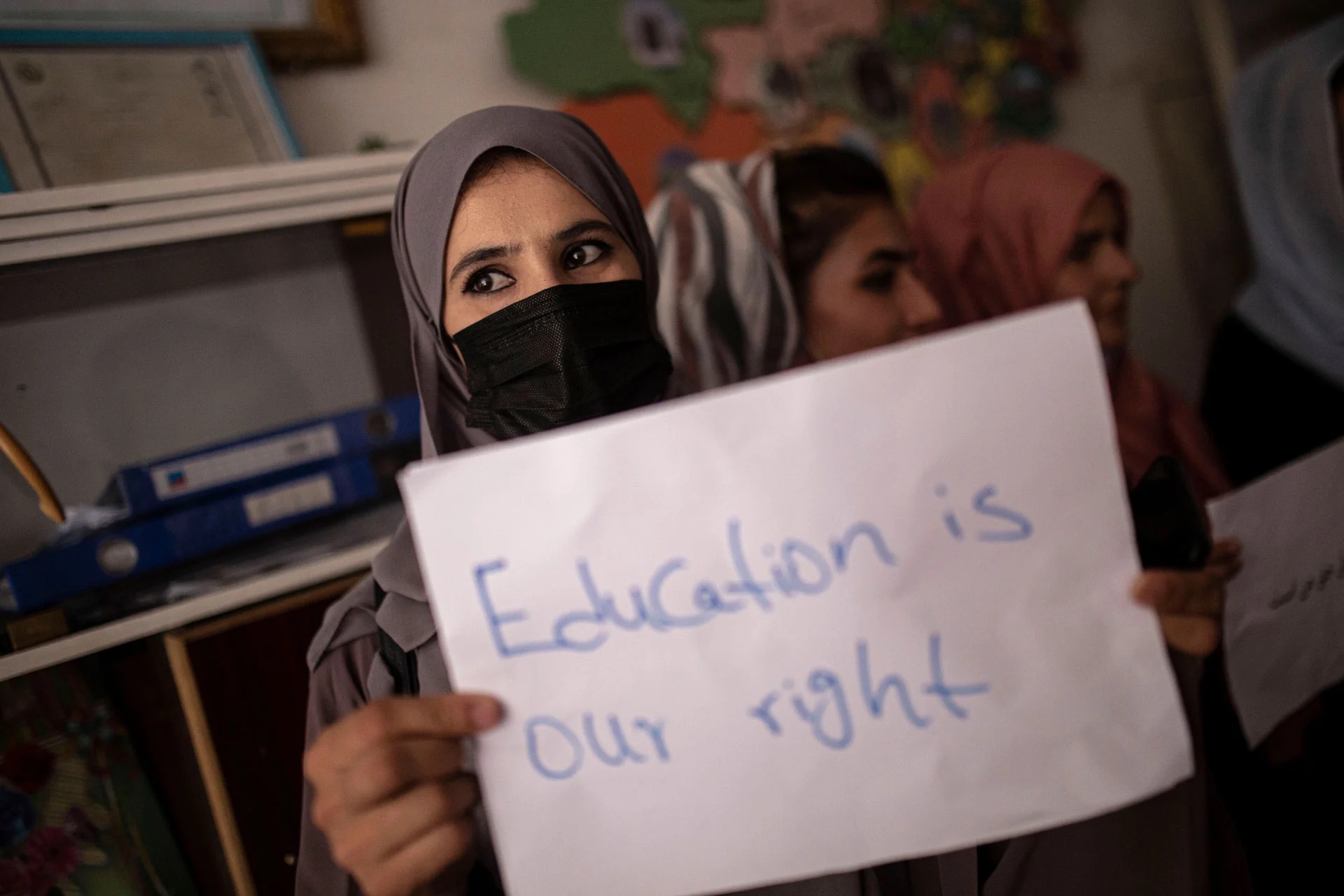 Since the seizure of Kabul in August of last year, the Taliban have sought to exercise their control over ethnic and religious minorities, girls, and women. Recent developments in their seizure of power have limited education for girls up to sixth grade, requiring women to wear a burqa if they leave the house and expectations that women under this new regime will stay home. Women who disobey are threatened with the punishment of their guardians through loss of their jobs or jail time. Any individuals or organizations who exercise their right to peaceful assembly against the Taliban regime have been reported to be subject to harassment, killings, and disappearances.

United Nations officials and activists suggest the restrictions implemented on Afghan women resemble that of Taliban rule from 1996 to 2001. Taliban rule at this time involved:

Although the Taliban promised to respect women's rights when they assumed power, their current actions raise fear and concern in the hearts of Afghan women. Khaled Hanafi, Taliban Minister of the Promotion of Virtue and Prevention of Vice, supports the idea of limiting girls' education as the Afghan Ministry of Education closes schools for girls in sixth grade and above until a curriculum is drawn up in accordance; with "Islamic law and Afghan culture."

The Bakhtar news agency posted an official statement translated as follows: "We inform all-girls high schools and those schools with female students above class 6 that they are off until the next order".

Sources suggest if girls are allowed back in school, they must be kept separate from boys and only be taught by female teachers. With the few private universities permitted to remain open, men and women are segregated. Additionally, although the Taliban plans to have female teachers lead classes, there is a severe shortage of such teachers. Many women and educated professionals have left the country for fear of Taliban rule. Education for girls is likely to differ from Afghan boys as religious studies may be emphasized, with a drastic reduction, if not a ban, on secular subjects.

Since August, many Afghan girls have stayed home or continued online studies. With the future of their education looking bleak, what female teachers left, have been scrambling for more information regarding what education will look like for girls. However, weekly Taliban meetings on education are barred from women until an official statement is released.

"There is a human rights crisis and gender apartheid in Afghanistan. The global response has been insufficient & discouraging. There is a solid opportunity to do more in the next session of the human rights council. Will we see any leadership for Afghan women's rights?" – Shahrazad Akbar via Twitter.

Other activists followed suit as Heather Barr, a former researcher at Human Rights Watch, also shared her thoughts on Twitter:

"Taliban are stripping away what little autonomy remains for women/girls. They're creating a situation where it's not even in the hands of women/girls to decide whether they're going to resist because their male family members are endangered."— Heather Barr via Twitter.

There is apparent fear and anger surrounding the Taliban's oppression of Afghan women. Only time will tell what the future holds.