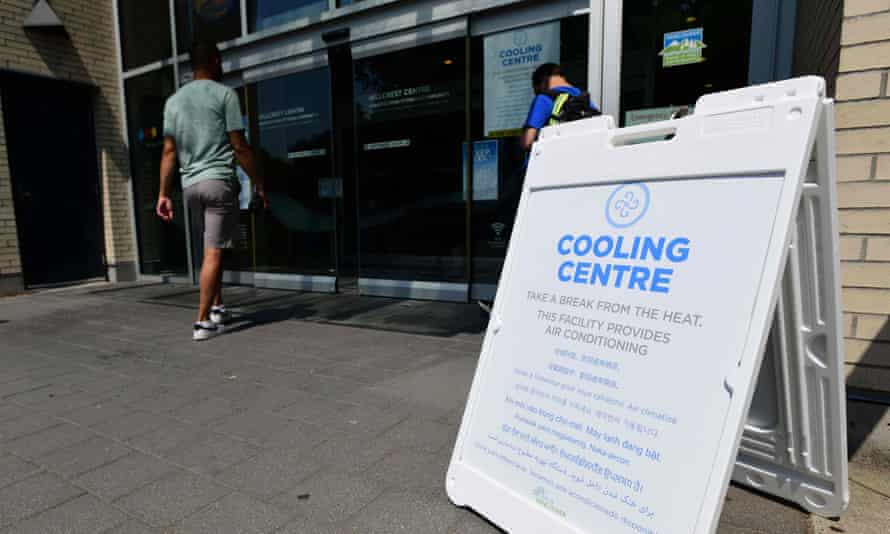 A devastating heatwave in the Pacific Northwest has resulted in hundreds of deaths across Canada and the United States. On Wednesday, authorities of Canada’s British Columbia and the US states of Oregon and Washington were already investigating unexpected deaths. They are believed to be caused by record-shattering temperatures for the otherwise temperate region. The death toll is still rising. The figures are likely to increase than current estimates, says Kristie Ebi, a global health professor at the University of Washington.

Lisa Lapointe, British Columbia’s chief coroner, stated, "About 486 sudden and unexpected deaths had been reported at her office in five days, until Wednesday this week. Under normal circumstances, the Canadian province would see an average of 165 deaths over five days. While there was not enough evidence to say with conviction how many deaths were heat-related. The increase in numbers can be attributed to soaring temperatures."

Most of the victims have been the elderly. Justin Trudeau, the Canadian Prime Minister, offered condolences to mourning families and attributed the heatwave to climate change. Homes in these regions are not typically equipped with air-conditioning since they do not expect to face such hot weather. The heatwave has left people unprepared to deal with it. Portable air-conditioners and fans were quickly sold out. Others found relief in their air-conditioned cars or underground parking garages. Several schools and vaccination centres had been closed due to the heat in the Vancouver area. Authorities set up make-shift water fountains and misting stations on street corners to provide respite to citizens.

In the United States, health officials have attributed 60 deaths in Oregon and at least 20 in Washington since the spike in temperatures. Maricopa County in Arizona has also reported 53 deaths related to the heatwave. Oregon’s largest county, Multnomah lost 45 people to hyperthermia, according to the county medical examiner. The medical examiner also noted that the victims were in the age bracket of 44 to 97 years, and many had pre-existing health conditions.

Hyperthermia refers to abnormally increased body temperature resulting from the body’s failure to regulate heat. These numbers are staggering given that Oregon registered only 12 hyperthermia-related deaths in two years from 2017 to 2019.  In addition to several deaths, Oregon also reported people flocking to hospitals due to heat-related illnesses. According to figures provided by the state’s health authority, around 250 patients were in emergency wards or urgent care facilities on Monday. The number was about 100 on Tuesday. The previous weekend had seen 60 and 150 people on Saturday and Sunday, respectively. According to reports, several people also drowned when trying to cool off. At least three people drowned in Washington’s lakes and rivers while swimming.

The police have encouraged people to check in on their neighbours. Many cities in the United States and Canada have outreach workers distributing water bottles and hats. Several emergency cooling centres were set up with water, food, and beds. In a speech, US President Joe Biden, like Trudeau, attributed the heatwave to climate change.

Additionally, certain areas in the US faced power outages amidst record-breaking heat. Several Avista utility customers in Washington were faced with deliberate blackouts amidst increased power demands because of the strain put on the electrical systems by high temperatures. Fearing a similar situation, New York City officials have appealed to residents to conserve electricity on Wednesday amidst rising temperatures. Cities including Seattle and Portland have broken all previous heat records with temperatures reaching above 46 degrees Celsius (115 degrees Fahrenheit) in some instances. Excessive heat claims most weather-related deaths in the US compared to other hazards.

According to the National Oceanic and Atmospheric Administration (NOAA), Extreme heat has resulted in an average of 138 deaths per year in the U.S. from 1990 to 2019. The Centre for Disease Control and Prevention believes this figure to be more than 600 each year. NOAA statistics show a connection between the rise of global warming since the 60s and an increase in the frequency, duration, and intensity of heatwaves.

The record rise in temperatures has brought in a slew of additional issues. Snowmelt, accelerated by the heat, on Mount Hood required the evacuation of campers from the location. Heather Ibsen, a spokesperson of Mt Hood National Forest, said, "The campground has been closed off until further notice." Seattle’s Interstate-5 highway was also closed after the pavement was noticeably buckled because of the heat. Tanker truck crews sprayed drawbridges with water to keep the steel from expanding and disrupting commute or causing accidents.

The heat has also affected agriculture and plant life. In the central parts of the state, Cherry farmers used sprinklers to save their crops from the heat and sent workers at night to pick the fruits before they are spoiled.

Taking precautions against other possible emergencies, crews are on the watch for wildfires that can begin in these conditions. The combination of intense heat and drought-like conditions creates a conducive environment for wildfires. About 1500 acres (600 hectares) have been burnt in the California-Oregon border by 28th July.

Litton, a town in Canada’s British Columbia, saw several wildfires in different areas. Extreme heat dried the forested landscape of the town, creating multiple wildfires on 30th June. According to authorities in the province, many houses have been destroyed in the fire, and evacuation orders were issued. Furthermore, the smoke clouds from the fires have significantly reduced the air quality in the region, putting it in the red or unhealthy range.

According to meteorologists, this devastating heatwave was the result of a dome of high pressure over the Northwest region and was made worse by human-caused climate change. Accumulated human activity over the past decades has disrupted the planet’s weather patterns and made such occurrences more frequent, unpredictable, and deadly.

Although the wave has now weakened and moved to the eastern parts of the countries, similar conditions continue over western parts of Canada and northern parts of the US. Additionally, drought-like conditions have intensified in selected areas. Unfortunately, the Global Forecast System's (GFS) latest 10-day forecast predicts that the western US could face another intense heatwave around the 10th or 12th of July.

Regardless, the devastation and loss of life caused by the heatwave is a matter of great concern. Climate change has caused significant disruptions in the weather. Climate patterns and such events can become more frequent in the future if collective measures are not taken immediately.