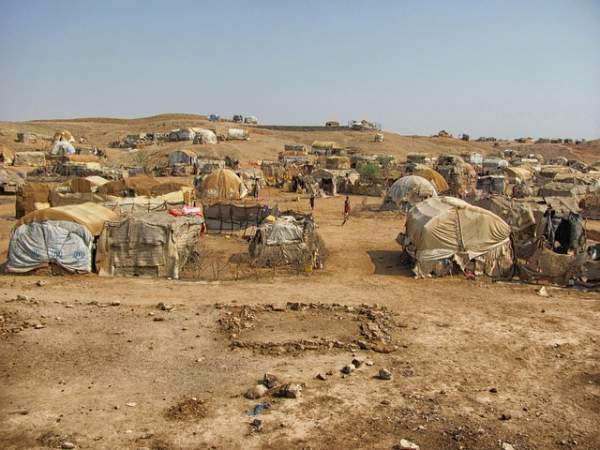 When we talk about our homeland or the nation in which we live, we sense pride in ourselves to be part of that nation. But imagine being forced to displace from your loving nation or homeland how can one react and live with that reality for the rest of their life. Identity based on our nationality is something that is considered important and unique to most of us. One can hardly imagine this identity being taken over due to unfavourable circumstances.

Human populations from time immemorial have migrated or displaced from their roots of origin and have to adjust to new environments and cultural settings. Migrant or the refugee crisis is a humanitarian crisis of the modern world, this crisis could not be escaped by both the developed and developing nations. There are many reasons why individual leaves their home country some might be forced due to violence, by was or pushed to another side by an act of human trafficking especially young children and woman. According to a report published by UNHCR, approx. 82.4 million people were displaced at the end of 2020. The reason for displacement was majorly communal conflict, persecution, violation of human rights. Half of the refugees are individuals of age below 18 years which reflects problems in the development of the child population.

According to Amnesty international definition, “Refugee is a person who has fled their own country because they are at risk of serious human rights violations and persecution there. The risks to their safety and life were so great that they felt they had no choice but to leave and seek safety outside their country because their government cannot or will not protect them from those dangers. Refugees have a right to international protection”. In this line of thought Migrant according to Amnesty is “ those people who are not looking for refugee or asylum but are leaving their home country for better economic opportunities”. Sometimes words such as migrant and refugee crisis are used simultaneously. While we seek to see differences between two terms sometimes this line of difference gets blurred out.

From the beginning of 2019, the majority of refugees were from five countries such as Syria, Venezuela, Afghanistan, South Sudan and Myanmar. Since 2014 and at the end of 2019, about 126 countries across the globe hosted 6.6 million Syrians.

The refugee crisis is something not new to the world or India. India faced the biggest refugee crisis post partition of India in 1947 when millions of people were internally displaced and left their ancestral homeland for more than 100 years. Displacement after independence created refugee colonies in several parts of India located mainly in Delhi and nearby surrounding regions. Even in developing countries of Europe, we witness a pattern of this crisis. In the last few days, the condition of the people of Belarus has come to light. They have suffered internally in the hands of their own authoritative state rule. The people from Belarus is facing human trafficking at hands of their government who are rejecting their plea for seeking asylum in some other parts of the world.

In Myanmar, a similar kind of situation was there in 2017  due to sectarian violence Rohingya, a minority ethnic community, were displaced from Myanmar Rakhine State. Many of them took long forest routes to seek asylum in neighbouring areas of Bangladesh and India. The United Nations has described Rohingya as “ the most persecuted minority in the world”. In India, there will be about 2100  Rohingya population in 2020, while there is also internal displacement within Myanmar since February 2021 with the Myanmar military taking over the government of the region. In the middle east region, Syrians are being displaced since 2011 and still, they face serious crises. There are existing Syrian Refugees in more than 130 countries. Recently many of us have encountered the campaign of little Amal which was based on a nine-year-old Syrian Refugee girl. Little Amal literal meaning Hope in Arabic, an 11 feet puppet symbolises long walks of refugees in wake of asylum also a symbol of hope and peace for Syrian refugees. She has travelled about 8000 km from the Syrian border in Turkey across Europe and ended her walk journey in Manchester, England. There might be various reasons migration takes place, one of the recent reasons which have come into the light was migration due to climate change, that is gaining spotlight in coming years and for it, international organisations along with cooperation from all over the world should focus on achieving sustainable development goals.

The Survival of Refugees has become blurry amidst the Pandemic: On the occasion of World Refugee Day- 20th June 2021.