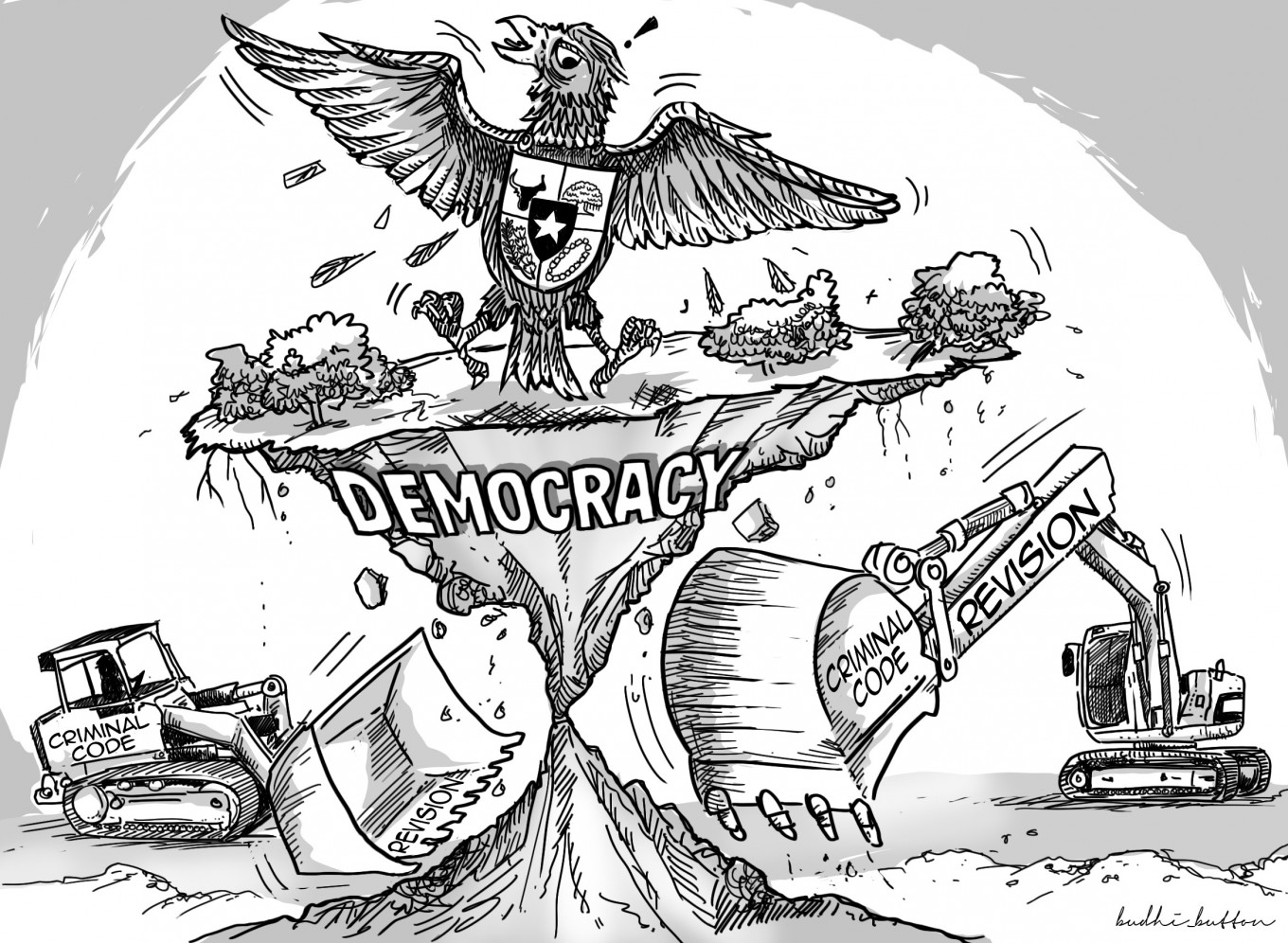 Earlier this month, Indonesia’s House of Representatives (DPR) ratified the latest revision of its Criminal Code RKUHP. This final draft has been in formulation for almost 60 years and is intended to replace the colonial system imposed in 1918. Still, the decision has faced significant controversy both internally and externally. This article looks to explore Indonesia’s new Criminal Code, breaking down its history and implementation.

Conceptions of the RKUHP emerged in 1963 when the need for a national criminal code was realised during the First National Law Seminar in Semarang. At the time, Indonesia’s legal framework, the KUHP, was still sourced from its colonial history under the Dutch East Indies. Many saw the criminal codes that had been created to benefit the colonialists as a symbol of Indonesia’s past oppression. Hence, the nationalistic motivation behind the RKUHP as an assertion of independence and autonomy over the KUHP.

Subsequently, the government formed a team throughout the 1970s and 80s to develop the new criminal code. However, the team struggled through various issues and was only able complete its first draft of the RKUHP by the end of 1993. By this point, enthusiasm had died down for the project and it was suspended until 2013. The discussion was reignited and, two years later in 2015, a presidential letter was released vowing to complete the RKUHP by 2017. Now, in 2022, the code’s ratification marks the completion of that promise.

The DPR ruling passed on Tuesday, December 6, with the legislation of the revised RKUHP being expedited for approval as soon as possible. Currently, the bill is set to be fully effective in 2025 yet continues to face widespread criticism and resistance. Most prominently, critiques attack the conservative and authoritarian nature of the laws, with particular scrutiny on the prohibition of extramarital sex and cohabitation. These restrictions on political and social freedoms have been condemned as infringements on human rights.

On Thursday, December 8, the UN released a statement on the new Indonesian Criminal Code, welcoming its modernisation yet maintaining its incompatibility with fundamental freedoms and human rights. Additionally, the statement called on authorities to realign the reform process with Indonesia’s international human rights obligations and commitments. Reuters reported that a UN correspondent in Jakarta was summoned to the foreign ministry and told that the government should have been consulted before the UN’s public criticism.

Protests led by student groups and civil liberties activists have been ongoing since before the penal code’s approval. Numerous civil society groups have stated their opposition to the bill’s passage, and a coalition has formed to scrutinise its deliberation, as reported by The Jakarta Post. The latest and final draft is better than its previous 2019 revision, but “more work is needed to resolve the problematic articles still hanging over our collective heads” said the newspaper’s editorial board.

It is important to contextualise the final version of the RKUHP against its previous drafts. Doing so for some of its most contentious articles helps reveal the work and compromise that has already occurred throughout the RKUHP’s developmental limbo. For instance, in an earlier draft of the bill, the widely criticised ban on extramarital sex and cohabitation was to be open for anyone to report. Now, under the revised RKUHP, it is only the spouse, parents, and children that are able to report this crime.

Additionally, the RKUHP lightens punishments for defamation, particularly against the government, as only offended parties can file a report. Further positive changes come in the prioritisation of justice and diversification of punishment, enabling more restorative forms of justice and rehabilitation. Nevertheless, there are multiple articles introduced in the criminal code that further the restriction of political freedoms, on top of existing ones. More revisions are needed to abide by internationally recognised standards of human rights and freedom.

While the latest revision of the RKUHP may be its best draft yet, more work needs to be done. Many authoritarian practices are to be maintained and extended. The bill’s ratification sets a worrying precedent, and the criminal code must continue to be critically examined. Opponents of the bill have three years to file constitutional challenges against it before the law is implemented in 2025. Given the prolonged and fragmented history behind the RKUHP’s formulation, further resistance and revision is anticipated.