Russia banned from global payments system SWIFT: Russian banks on the target among other international sanctions against Russia 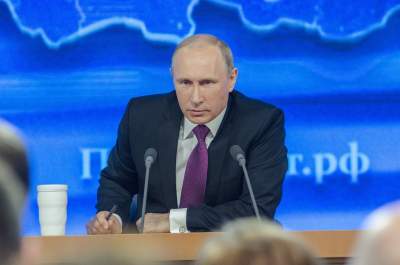 While the Russian army continues their aggression on the Ukrainian capital Kyiv, Ukrainian President Volodymyr Zelenskyy has pleaded support from the international community.

A sanction is mainly a penalty imposed by one country on another, to stop the country from breaking international law or acting aggressively.

In a similar light, the US has sanctioned two of Russia’s largest banks: Sberbank and VTB Bank. By this act, the US Department of the Treasury has aimed to target the Russian financial system's “core infrastructure”. US sanctions list also includes Otkritie, Sovcombank, and Novikombank alongside some senior executives.

US President, Joe Biden tweeted on Friday, “I spoke with the G7 leaders today, and we are in full agreement: We will limit Russia’s ability to be part of the global economy. We will stunt their ability to finance and grow Russia’s military. We will impair their ability to compete in a high-tech, 21st-century economy”.

The effectiveness of this move is, however, still unclear to many.

Japanese Prime Minister, Fumio Kishida highlighted that Tokyo will be aiming at Russian financial institutions and individuals with its sanctions in a news conference.

He tweeted on 24th February, “I thanked our financial services sector today for the efforts they are making to ensure sanctions implemented against Russia are robust and effective. Should things escalate further, tougher sanctions are ready to punish President Putin for his destructive course of action”.

Canada too announced sanctions targeting 62 individuals and entities in Russia and cancelled all export permits. Prime Minister Justin Trudeau said, “These sanctions are wide-reaching. They will impose severe costs on complicit Russian elites.”

Taiwan, the Czech Republic, Australia, New Zealand are other countries to also come forward with sanctions against Russia. However, the sanctions have so far spared the Russian energy sector.

Alongside this, two of China’s largest state-owned banks have restricted financing for purchases of Russian commodities.

To increase the pressure further, the western powers including the USA, France, Canada, Italy, the UK, and European Commission have approved of disconnecting Russia from the SWIFT global payment system, according to Reuters.

This decision can target institutions and individuals supporting Russia in the war, alongside bringing an end to ‘golden passports’ for well-off Russians.

Ursula von der Leyen, the President of the European Commission, the European Union’s executive said, “As Russian forces unleash their assault on Kyiv and other Ukrainian cities, we are resolved to continue imposing massive costs on Russia. Costs that will further isolate Russia from the international financial system and our economies”.

Banning of high-tech goods has the potential to affect the Russian defence and aerospace sectors, among others.

Further, all financial sanctions are expected to and can cause a drastic fall in Russian currency leading to a financial crisis. However, a BBC report underlined that Russia has built up reserves of over $630 billion to deal with economic shocks.

However, experts opine that although the sanctions are “significant” in scope and size, they are essentially strategies to inflict a “slow pain” that might not be enough to deter Putin.

Nevertheless, the Russian economy is already feeling the pressure of the war, and the Ruble has hit an all-time low on Thursday. Biden too had remarked that the sanctions are “going to impose a severe cost on the Russian economy, both immediately and over time”.

On the other hand, experts like Brian O’Toole, a fellow at the Atlantic Council said, “I do worry a little bit that if there’s no immediate economic impact on Russia, it might give Putin the idea that the pain of sanctions is less than he anticipates and give him some incentive to keep pushing the envelope”.

Additionally, an attack on the Russian banking sector and export bars on high-tech goods have the potential to hit many Western manufacturers too. Especially those who have trade relations with the country or assets in its banks.

The Russian Foreign Ministry has, on the other hand, threatened counter-sanctions including shutting down of gas supplies to Europe.