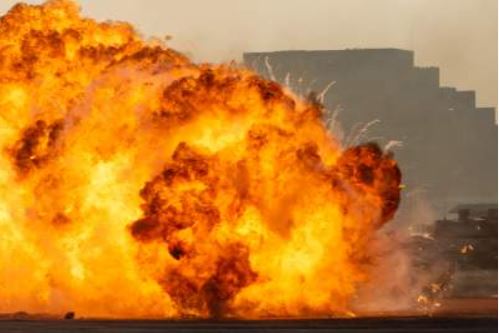 The tension between Ukraine and Russia has been in the news for the past few months. As discussed in one of my previous articles Russia wants some direct or indirect control over Ukraine. Ukraine wanted to join international organizations like NATO and the EU and this would have made it very complicated for Russia to have any control over Ukraine and therefore Russia decided to mobilize its troops near the Russia-Ukraine border, with some intervention from America, Putin decided to draw back some troops on the condition that the United Nations and America would fulfill multiple requirements sent to them from Russia regarding Ukraine and other things. The conditions on this list were bizarre and most of them could not even be completed, so on Thursday, 25 February 2022 Putin announced a “Military Operation” in Ukraine.

Many people around the world saw this coming including Biden and his administration saying that Russia will announce war on Ukraine anytime soon. On Thursday Putin announced a war in Ukraine and told countries to not interfere because if they did they would suffer consequences that “they have never seen before.” This was when the people of Ukraine started tweeting and sharing videos about the condition in Ukraine and how many people are waking up to explosions near them. Today is the first day of the war in Ukraine and Russia called it a success, they also commented on the explosions and said that they were only bombing aircraft areas and not populated areas but at least 10 people have been killed and the number seems to be a little unclear. It is also said that Russia has captured the nuclear Chernobyl plant.

Reacting to this many countries around the world made statements and contacted other world leaders to talk about a potential solution. The United Kingdom has sentenced Russia to huge sanctions and also has closed all Russian banks in the United Kingdom. America has deployed 7,000 troops in Germany and has also decided to take huge actions against Russia and Biden also said “Putin is the aggressor, Russia will bear consequences.” The Indian Prime Minister Narendra Modi is set to have a call with Putin after Ukraine reached out to India asking for help against Russia.

Biden and his administration have decided to make it extremely hard for Russia to deal in dollars, euros, pounds, and yen to be part of the global economy limiting its power in the global economy. They have sanctioned Russian Banks in the US. Also, more than half of the high-tech technologies from Russia would not be exported outside. India is also in consultation with the United States of America regarding this issue according to President Joe Biden.

What is to come for Ukraine and the world right now is unknown but all we can do as citizens of this world is to trust the world leaders and help out Ukraine and other affected countries as much as possible.